How Ashley Kavanaugh Defended Her Husband 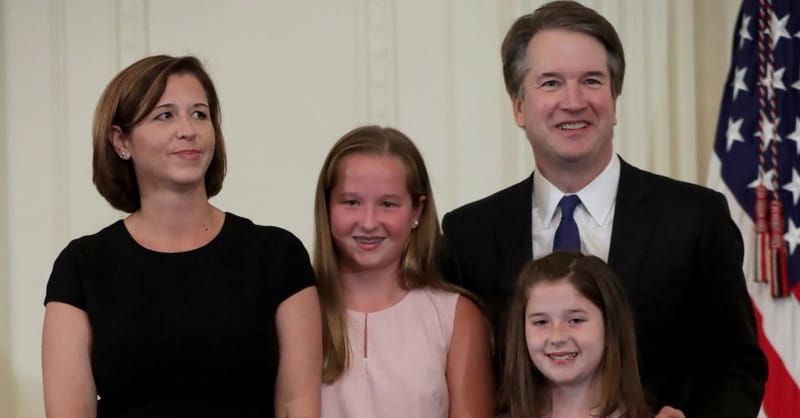 How Ashley Kavanaugh Defended Her Husband

“I know Brett. I’ve known him for 17 years. He’s decent, he’s kind, he’s good. I know his heart. This is not consistent with Brett.” This is how Ashley Kavanaugh described her husband last night as the two were interviewed by Fox News.

When asked how their daughters are dealing with accusations against their father, she said, “They know Brett and they know the truth.”

Why is character under attack today?

This is such a complicated issue. On one hand, the last thing I want to do is defend any kind of sexual abuse. No person is above the law, not even (or especially) those who interpret it on our nation’s highest levels of jurisprudence.

On the other hand, in a democracy with a free press, anyone can make an accusation against anyone. Gone is the day when a person is innocent until proven guilty. Today it seems that the accused is guilty until proven innocent.

In situations like these, it is difficult for the accused to prove their innocence without demonstrating the guilt of those accusing them. To debunk the charges they face often requires that they discredit their accusers. Consequently, victims of sexual abuse face unfair scrutiny and counter-allegations that make it harder for them to come forward.

But it is also unfair for victims of false accusations to be forced to prove their innocence. They bear the burden of guilt though they have done nothing wrong.

Add the fact that, in our 24/7 news cycle, with thousands of media outlets starved for stories, it’s easier than ever to generate a headline. In our bitterly polarized, highly politicized day, it’s hard to trust the motives of those who accuse or defend political figures.

As a result, personal character has never been more important–or more attacked–than today. How is this fact relevant to followers of Jesus?

Why is popularity so perilous?

You and I are ambassadors for the King of the universe (2 Corinthians 5:20). We are “a chosen race, a royal priesthood, a holy nation, a people for [God’s] own possession, that you may proclaim the excellencies of him who called you out of darkness into his marvelous light” (1 Peter 2:9).

Our personal character is foundational to our high calling. It is therefore imperative that we reject one of the central tenets of our culture: the value of solidarity with our culture.

Nothing is more rewarded in American society than popularity. We measure ourselves by clicks, likes, and views on social media. We measure churches by attendance and movies by ticket sales. The TV shows premiering this week will succeed or be canceled based on ratings.

We have seen a staggering decline in personal morality across recent years, in large part because of popular immorality. If sex before marriage is “normal” on television and in movies, it soon becomes “normal” in real life. What we see others do, we feel justified to do.

God has a very different view.

In Ezekiel 18, we find what seems to be an unnecessary assertion: “The soul who sins shall die” (v. 4). The text describes a litany of sins a father could commit, then declares that his son who refuses such immorality “shall not die for his father’s iniquity” (v. 17).

It’s hard for us to imagine why this statement is necessary. Of course my sons should not have to go to jail for my crimes.

But in the ancient world, solidarity with one’s family and tribe was essential to survival. If you kill me, my sons are obligated to try to kill your entire family. If they kill your family, the rest of your tribe will attack their tribe.

God’s declaration that each person is responsible for his or her character was revolutionary in that age. And in ours.

We don’t punish sons for the sins of their fathers, but we reward social solidarity in manifold other ways. The more our culture rejects biblical morality, the more it rejects biblical Christians.

“Be who you are and say what you feel”

First, take responsibility for your soul. Live every day in light of the fact that “we must all appear before the judgment seat of Christ, so that each one may receive what is due for what he has done in the body, whether good or evil” (2 Corinthians 5:10).

Next, surrender your rights to yourself. Oswald Chambers calls our unwillingness to submit completely to the lordship of Jesus “the central citadel of obstinacy.”

Now pursue solidarity with God. The closer you are to Jesus, the more like him you will become (Romans 8:29). And the more you can follow St. Augustine’s advice: “Love the Lord and do as you will.”

Only a dead fish floats downstream. We can choose solidarity with secularity, or we can free ourselves to become all God intends us to be. We can grow into Christlike disciples who manifest the fruit of the Spirit (Galatians 5:22-23) as we find our identity in Jesus (Galatians 2:20).

Then we will discover that statesman and presidential adviser Bernard Baruch was right: “Be who you are and say what you feel, because those who mind don’t matter and those who matter don’t mind.”