Four People Killed at Family Gathering in Fresno: Why We Need to Emulate the Kindness of Tom Hanks 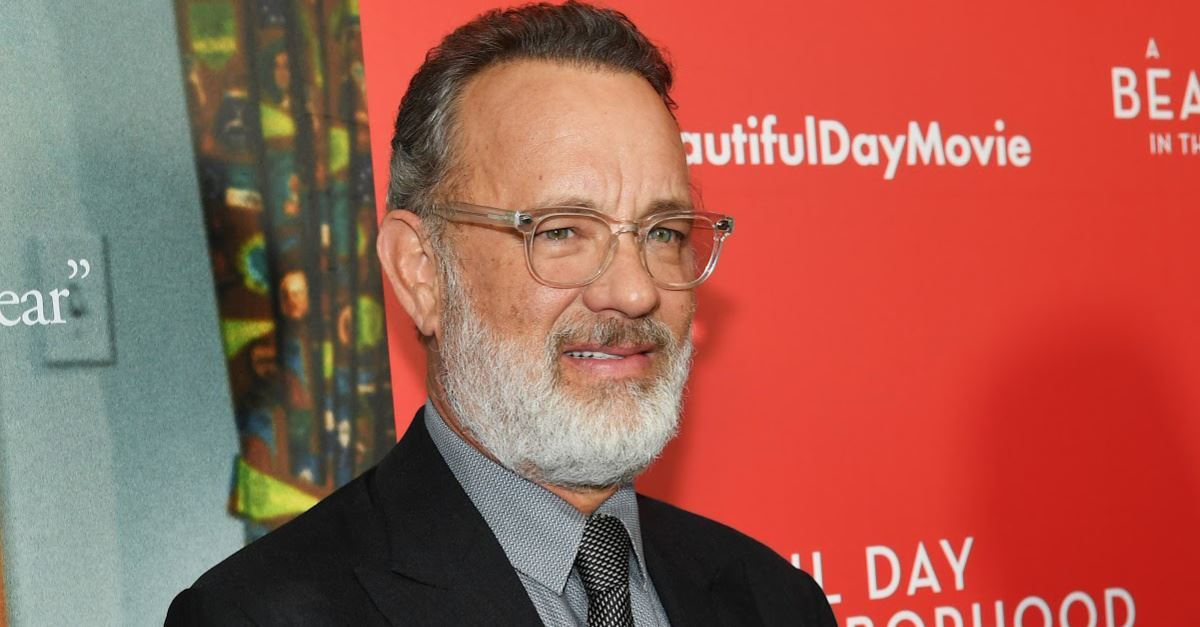 Four People Killed at Family Gathering in Fresno: Why We Need to Emulate the Kindness of Tom Hanks

I had planned to begin my article today by focusing on the kindness of Tom Hanks, whose portrayal of Fred Rogers will open in theaters this Friday. Then I opened my computer this morning to learn that another shooting was making headlines.

Fresno Police Lt. Bill Dooley described the tragedy: “This was a gathering, a family and friend gathering in the backyard. Everyone was watching football this evening when unknown suspects approached the residence, snuck into the backyard and opened fire.”

Tom Hanks “is just as nice as you think he is”

The more that violence fills the news, the more we need examples to give us hope. That’s why Tom Hanks is such an important model for our culture.

Hanks’ movies have grossed nearly $10 billion worldwide. His portrayal of Fred Rogers will be at least his seventy-first film.

But Hanks is known at least as much for who he is in real life as for who he is on the movie screen. His powerful recent interview with the New York Times is subtitled: “Hanks is playing Mister Rogers in a new movie and is just as nice as you think he is.”

Here are some examples cited by the Times reporter: When Hanks was shooting Angels & Demons in Rome, a bride and her father couldn’t approach the chapel because of the film crew, so Hanks stopped filming and escorted them to the altar. He once bought some boxes of Girl Scout cookies, then offered selfies to passers-by as an enticement to buy. He found a woman’s student ID and used his Twitter feed to get it back to her.

What do college students want most in a mate?

Time magazine reports that researchers asked 2,700 college students to narrow down the characteristics that were most important to them in a lifetime mate, and one emerged from all cultures: kindness.

Kindness works for churches: Congregations in California are responding to the state’s housing crisis by sharing their parking lots with people who live in cars, providing mobile showers for the homeless, and exploring ways to build affordable apartments on their own land. One minister explained: “This is just one part of how we live out our faith.”

Kindness works for managers: according to Forbes, science now shows that it’s more productive to praise people for their successes than to correct their mistakes.

Kindness even works for popes: Pope Francis hosted 1,500 homeless and needy people for lunch yesterday as the Roman Catholic Church marked its World Day of the Poor. Last week, a mobile clinic was set up in St. Peter’s Square, where volunteer doctors gave free specialist health care to the poor.

Why is kindness so rare?

Why is kindness newsworthy? One reason is that it is so rare.

The Times reporter tells us that Hanks altered his schedule for their second interview. They were in Santa Fe, with an elevation of 7,200 feet, and the reporter had gone to an urgent care center for oxygen that morning.

So Hanks changed his plans for the day and met her ahead of their appointment so she could leave town earlier. She contrasts his graciousness with numerous other celebrities she has interviewed who were noteworthy for their rudeness.

A secular culture that defines our success by prosperity doesn’t leave much margin for helping others find prosperity at our expense.

“Our citizenship is not of this world.”

That’s the negative side of our subject, so here’s the positive: when we treat kindly those we don’t have to treat well, we obey and emulate our Lord.

Consider the obedience of kindness. Jesus taught us to “love your enemies, and do good, and lend, expecting nothing in return, and your reward will be great, and you will be sons of the Most High” (Luke 6:35). His best friend reinforced his message: “Let us not love in word or talk but in deed and in truth” (1 John 3:18).

Now let’s note the way kindness emulates our Savior. James Koester of the Society of Saint John the Evangelist: “We live in a world where Me is king. But our citizenship is not of this world. We are citizens of another country, whose king is a servant, whose orb is a towel, whose scepter is a wash basin, whose crown is humility, and whose motto is service. As citizens and subjects of that kingdom, we cannot swear ultimate allegiance in any other way than taking up our towels, holding our basins, and getting down on our knees.”

However, let’s remember that one of the “fruit of the Spirit” is “kindness” (Galatians 5:22). That’s why we should pray today and every day for the Spirit to help us be kind to those who need such grace.

Why “everybody can be great”

On February 4, 1968, Dr. Martin Luther King Jr. delivered his last sermon at Ebenezer Baptist Church. He preached from Mark 10:43, where Jesus stated, “Whoever would be great among you must be your servant.” Dr. King offered these observations:

“You only need a heart full of grace, a soul generated by love. And you can be that servant.”

Will you “be that servant” today?