Brad Pitt Says, 'I Cling to Religion': Three Keys to Sharing Christ with Our Post-Christian Culture 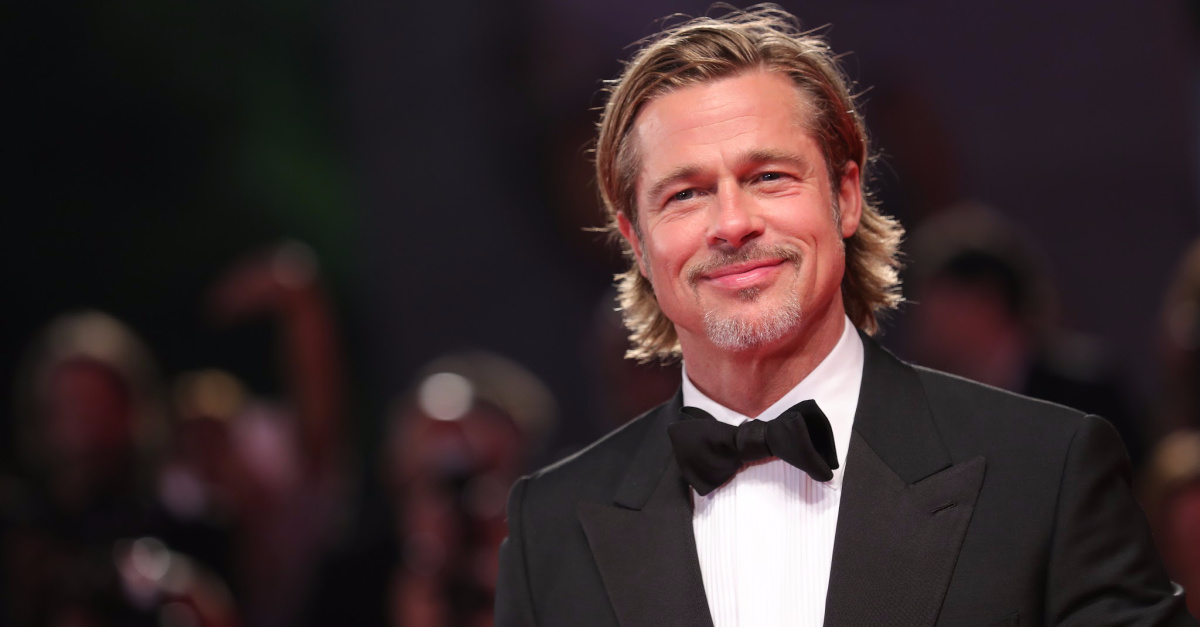 Brad Pitt Says, 'I Cling to Religion': Three Keys to Sharing Christ with Our Post-Christian Culture

Brad Pitt could have been Neo.

During an interview this week, the movie star was asked to name a movie role he turned down. Pitt reluctantly gave one example: “I did pass on ‘The Matrix.'” The role eventually went to Keanu Reeves, and the rest is movie history.

If I were interviewing Mr. Pitt, I would ask him about his religious views. He has said in the past that he was raised by a devout Baptist family in Missouri but “called myself agnostic” and then atheist as a young actor.

Then he says, “I found myself coming back around to just belief in—I hate to use the word spirituality, but just a belief in that we’re all connected.” He added, “I cling to religion.”

Another celebrity whose religious views have made news recently is Ron Reagan, son of President Ronald Reagan. He recorded an ad for the Freedom From Religion Foundation that aired during the recent Democratic Party presidential debate. He states in the ad, “I’m alarmed by the intrusions of religion into our secular government.”

He then concludes: “Ron Reagan. Lifelong atheist. Not afraid of burning in hell.”

If you were to discuss religion with Brad Pitt or Ron Reagan, how would you begin? What would be a good way not to begin?

One difference between impeachment and the Wuhan virus

President Trump will become the first sitting US president to address the March for Life when he speaks to the Washington, DC, rally later today. Meanwhile, his impeachment trial will continue as Democratic House managers conclude their arguments in favor of his removal from office.

They state that they are acting in the nation’s best interest, claiming that failure to remove the president threatens the integrity of the 2020 elections and keeps in office a person unfit for the presidency. The president’s defense team is expected to counter that Mr. Trump has done nothing worthy of impeachment and argue that removing him from office would damage the office.

The other story dominating the news is the Wuhan virus crisis. Chinese health officials reported today that there have now been twenty-six deaths from the coronavirus. They have expanded a travel lockdown in central China to include twelve cities and thirty-five million residents—nearly the population of Canada—as they try to contain the crisis.

Here’s a difference between the two stories: few people on either side of the impeachment debate believe the other side is acting out of objective concern for the nation’s welfare. If more of the president’s opponents were Republicans or more of his supporters were Democrats, the impeachment fight might seem less partisan.

By contrast, it seems that Chinese officials are acting on behalf of the people. Whether Chinese citizens are grateful or angry, they probably believe their leaders are working out of what they believe to be the public’s best interest.

When we seek to share Christ with our post-Christian culture, how can we learn from the second scenario and avoid the first? Let’s consider three biblical principles.

One: Earn the right to be heard.

Jesus met physical needs to meet spiritual needs. He healed bodies to heal souls. He began where people were and led them where they needed to go.

If I could interview Brad Pitt about his faith, I probably should not begin by condemning him for straying from his religious roots. If I were meeting with Ron Reagan, I probably should not begin by explaining the reality of hell. (He clearly knows enough about this doctrine to reject it.) Instead, if I can first persuade them that I have their best interests at heart, they are much more likely to hear my concerns for their souls.

With whom are you building a relational bridge to the gospel?

Two: See truth through the other person’s eyes.

In a secular culture, offering secular reasons for spiritual truth is especially urgent. For instance, a woman who used to perform abortions is now warning about the health risks to women who undergo the procedure. Walt Heyer, a man who went through sex-change surgery to become a woman and then reversed the procedure, is warning that “transgenderism is a social ideology, not a condition a person is born with.”

When we work with truth the other person accepts as truth, we are more likely to lead them to the One who is the Truth.

Human words cannot convert human hearts. You and I cannot convict anyone of sin or save anyone’s soul. This is the work of the Holy Spirit (John 16:8–11). He will use us in his work of leading people to Jesus, but we must seek his wisdom before we offer our words.

That’s why it is urgent that we listen to Jesus before we speak on his behalf. We cannot read the mind and heart of the person we are seeking to reach, but our Father can. He knows how best to lead Brad Pitt and Ron Reagan and every other person to himself. (For more on this principle, please see my latest website article, “The Christmas light mystery.”)

An invocation for the nation

Senate Chaplain Barry Black began Wednesday’s Senate trial proceedings with an invocation that concluded: “Help [our lawmakers] remember that patriots reside on both sides of the aisle, that words have consequences and that how something is said can be as important as what is said. Give them a civility built upon integrity that brings consistency in their beliefs and actions.”