All Three Capitals of the Confederacy Now Have Black Mayors: Bending the ‘Arc of the Moral Universe’ 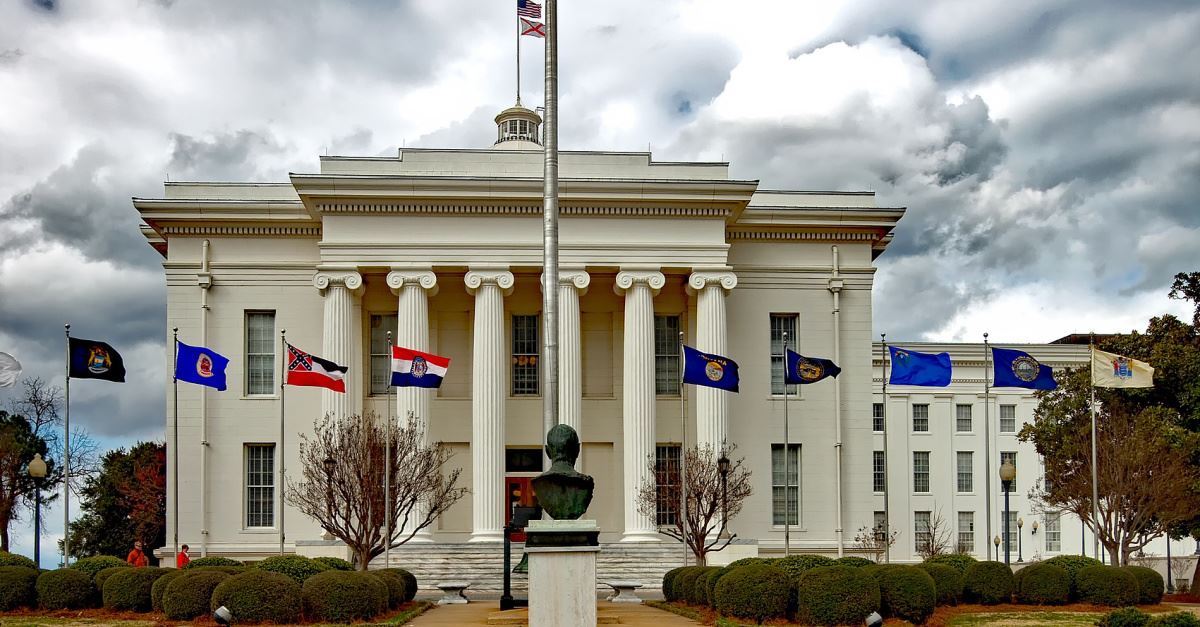 All Three Capitals of the Confederacy Now Have Black Mayors: Bending the ‘Arc of the Moral Universe’

Montgomery, Alabama, was known as the first capital of the Confederacy in the early Civil War period. Richmond, Virginia, served as the Confederacy’s second capital from 1861 to 1865. Danville, Virginia, was the capital for eight days after Richmond fell.

With the election of Steven Reed in Montgomery last week, all three cities now have black mayors for the first time.

And it’s why Christians must take Christ to our culture as passionately and compassionately as we can. Let me illustrate.

This New York Times headline caught my eye: “Happily, Ever Open. What’s the wedding like when the couple is in an open or polyamorous relationship?” The article tells us that a woman named Daley South had six bridesmaids in her wedding to Logan South; one of them was her husband’s girlfriend. “I really enjoyed having her be part of our big day,” the bride said.

At another wedding, this one inside a New Hampshire church two days ago, a gunman shot the presiding bishop in the chest and the bride in her arm. Guests then tackled the shooter and pinned him to the ground until police arrived. Bishop Stanley Choate is in critical condition in a Boston hospital; Claire McMullen was expected to be released from the hospital yesterday.

Reading the news can be discouraging. It seems easier to retreat from the “culture wars,” but the wars will not retreat from us.

Here’s a better approach: know Christ and make him known, then trust the results to his sovereign power and redemptive grace.

Consider some examples of our Father’s omnipotence.

Last night’s full moon was named the “Hunter’s Moon” by Native Americans. After the fall harvest, animals would come into the fields for scraps. With the full moon, it was easier to see deer and other animals and successfully hunt for them in the darkness.

In other lunar news, scientists have discovered twenty new moons orbiting Saturn. Their announcement brings the total number of known moons around Saturn to eighty-two. Seventeen of them orbit the planet backwards. Scientists are asking for the public’s help in naming their new discoveries.

However, our moon existed for 4.5 billion years before the Native Americans began naming its phases. Some scientists believe that Saturn’s moons are much younger, “only” 100 million years old or so.

By contrast, the psalmist reminds us that our Lord “determines the numbers of the stars; he gives to all of them their names” (Psalm 147:4). In the previous verse, the psalmist also notes that our Father “heals the brokenhearted and binds up their wounds” (v. 3). His compassion expresses and is empowered by his sovereignty.

The key to making a culture-changing difference today is knowing this God so personally that our lives are transformed and we become living examples of his grace.

When Moses met God at the burning bush, the fugitive shepherd became the leader who brought his enslaved people to the edge of their promised land. When Isaiah met God on his heavenly throne, his guilt was removed and he became one of history’s greatest prophets. When Peter met the risen Christ beside the Sea of Galilee, the fisherman’s fear became faith and he became the preacher of Pentecost.

Frederick Buechner is right: When we truly experience God, the words we use to describe him are “pallid, alphabetic souvenirs.” After being granted a vision of God in his glory, Thomas Aquinas told a friend, “I have seen things that make all my writings seem like straw.”

When our lives are changed by the Spirit of God, we cannot help being agents of change in our culture.

“The motive is everything”

Jonathan Edwards lived by two resolutions above all others: “Resolution One: I will live for God. Resolution Two: If no one else does, I still will.” And he became America’s greatest theologian and one of the catalysts of the First Great Awakening.

In The Pursuit of God, A. W. Tozer issued this invitation: “Let every man abide in the calling wherein he is called and his work will be as sacred as the work of the ministry. It is not what a man does that determines whether his work is sacred or secular, it is why he does it. The motive is everything. Let a man sanctify the Lord God in his heart and he can thereafter do no common act.”

Will you “sanctify the Lord God” in your heart today?

NOTE: I appreciate how well this story encapsulates what we strive to do at the Denison Forum. After reading a Daily Article, Pastor Patrick Miller challenged his congregation to erase their community’s medical debt. After his church gave more than $200,000, they erased $43 million in medical debt for their county.

If ever you need a definition of “a culture-changing Christian,” think about Pastor Miller and his church.

This is but one story of the thousands of Christians we reach every day through The Daily Article. Support from readers like you helps empower culture-changing Christians. Please pray about your involvement in joining us and becoming a monthly partner. We are grateful for your consideration and your prayers.