A Goat Who Became Mayor and the Full Worm Supermoon: The Eternal Purpose of This Life 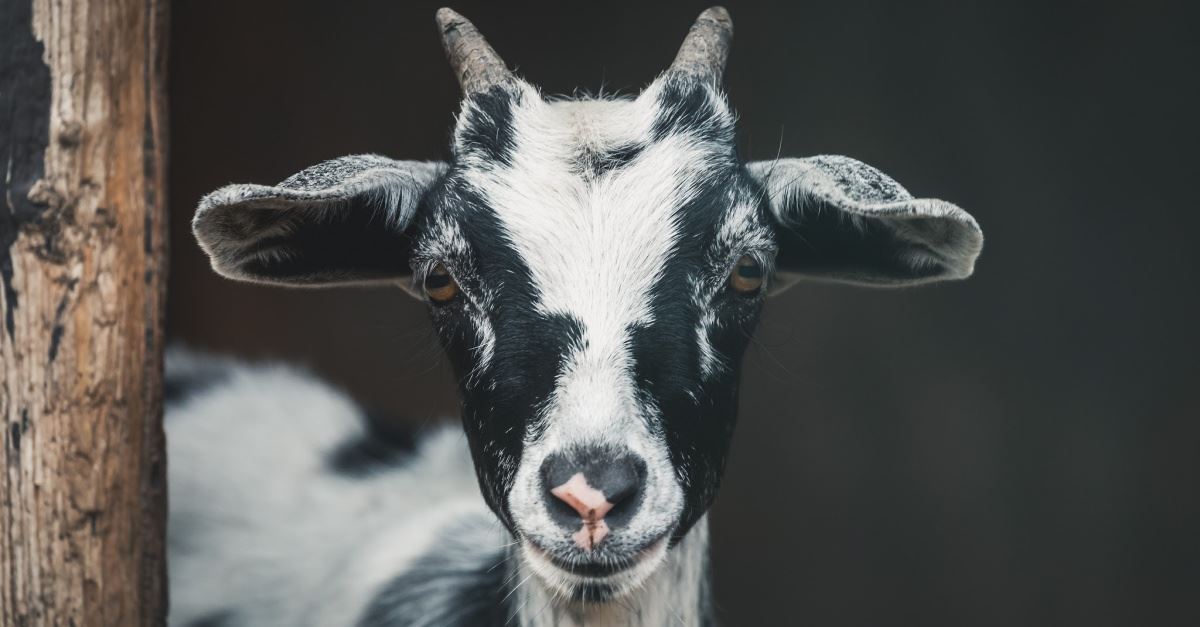 A Goat Who Became Mayor and the Full Worm Supermoon: The Eternal Purpose of This Life

A goat named Lincoln was recently sworn in as honorary mayor of Fair Haven, Vermont.

The town’s government does not include an actual mayor. The Town Manager says the honorary pet mayor idea was conceived to raise funds for a playground, but it became a civics lesson for kids.

On his way out of the town offices, the new mayor defecated on the floor, leaving the cleanup to the police chief and city officials.

In other news from nature, tomorrow we will be treated to a “full worm supermoon.” We understand a “full” moon. Most of us are even familiar with a “supermoon,” where the moon is so close to the earth that it appears larger and brighter in the night sky.

But why a “full worm supermoon”?

According to the Old Farmer’s Almanac, Native Americans gave the full moons of the year specific names to track the seasons. The March full moon was called the “full worm moon” because it comes at a time when the ground softens and earthworms begin appearing. They bring robins and other birds to feed, marking the start of spring.

Humans can give names to natural and celestial phenomena, but, as the mayor of Fair Haven reminds us, we cannot always control them.

I am writing this morning from the Sea of Galilee in Israel. Leading study tours to the Holy Land is one of my favorite experiences each year. My wife and I traveled from Dallas through London into Tel Aviv over the weekend to join our group.

A few days earlier, rockets were fired from the Gaza Strip into Israel. A Palestinian is suspected in the killing of two Israelis in the West Bank last Sunday.

Whenever I go to Israel, people ask if it is safe. The fact is, Jerusalem has had a lower homicide rate than the average city in the US over the last twenty years. Baltimore, St. Louis, Detroit, Washington, DC, and Chicago exceed this national average by at least three times.

Whatever the security of our circumstances today, it is a fact that we will all outlive our bodies. Ten thousand millennia after the last full worm supermoon appears, every human in all of human history will either be with God in heaven or separated from him forever.

The eternal purpose of this life is to prepare for that life.

“I will judge with equity.”

In Psalm 75:2, the Lord states, “At the set time that I appoint I will judge with equity.” God alone is in charge of time and the times. In the meantime, he testifies, “When the earth totters, and all its inhabitants, it is I who keep steady its pillars” (verse 3).

Therefore, the psalmist attests, “It is God who executes judgment, putting down one and lifting up another” (verse 7).

Hebrews 9:27 is clear: “It is appointed for man to die once, and after that comes judgment.”

What does this fact mean for our lives today?

I’ve been reading recently about David Brainerd, a missionary to American Indians in colonial days. During the winter nights, he would often go out into the forest and kneel in the cold snow where it was a foot deep. Laboring with God in prayer, he would be wringing wet with perspiration even on the coldest evenings.

God heard Brainerd and sent such a mighty revival among the North American Indians as had never been seen before. And he transformed Brainerd’s father-in-law, Jonathan Edwards, into the great preacher of the First Great Awakening.

Seventeen centuries earlier, Pontius Pilate was the Roman governor of Judea, a position of enormous power and privilege. He so abused his authority that he was eventually recalled to Rome and passed ignominiously from the pages of history.

When our group visited Caesarea Maritima yesterday, we studied a replica of the “Pilate Stone,” archaeological evidence of Pilate’s time in Israel. (The original is in the Israeli Museum.) It is a stone inscription announcing that Pilate had dedicated a building, probably a temple, to Caesar.

Ironically, when the stone was discovered by Italian archaeologists in 1961, it was being used as a stair step in the local theater.

“I don’t believe in Heaven and Hell.”

The best way to prepare to meet God tomorrow is to live for him today.

This approach to life is countercultural in the extreme. George Clooney declared, “I don’t believe in Heaven and Hell. All I know is that as an individual, I won’t allow this life—the only thing I know to exist—to be wasted.” Natalie Portman agreed: “I don’t believe in the afterlife. I believe this is it, and I believe it’s the best way to live.”

Of course, their beliefs don’t change reality. If I announce that I don’t believe in the Queen of England, her existence is not threatened thereby.

But their beliefs do mirror those of many in our post-Christian society. If you believe that you will meet God tomorrow and you therefore choose to live for him today, expect to face the skepticism and antagonism of our secularized culture. But expect to experience the presence and peace of God in a way others cannot know.

Sam Houston advised us to “do right and risk the consequences.”

Where is his wisdom relevant for you today?