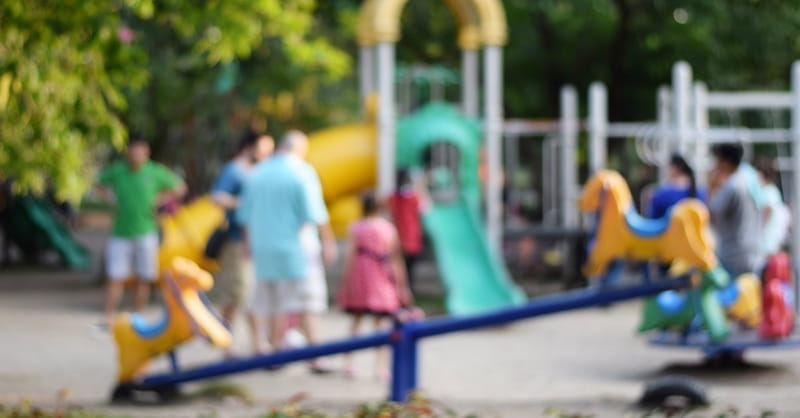 Earlier this month, the Supreme Court heard oral arguments in what David French, over at the National Review called “the most important case about recycled tires in American legal history.”

Now French was, of course, being facetious. As he made clear, while the case did involve recycled tires, the critical thing is its potential impact on religious freedom.

The basic facts of the case, Trinity Lutheran Church v. Pauley, are as follows: Trinity Lutheran Church of Columbia, Missouri, operates a licensed pre-school and day-care facility. Its facilities include the type of playground that you and I played on as kids. In other words, scrapes, bruises, broken bones, and, perhaps, a lawsuit waiting to happen.

Fortunately, or so it seemed for Trinity Lutheran, the state of Missouri has a program which provides “funds for qualifying organizations to purchase recycled tires to resurface playgrounds.”

Trinity Lutheran applied for such a grant and seemed to have easily met the qualifications. I say “seemed,” because it was then informed that such a grant would, in Trinity’s case, violate a provision in Missouri’s state constitution that “no money shall ever be taken from the public treasury, directly or indirectly, in aid of any church, section or denomination of religion.”

The provision is one of 36 so-called “Blaine Amendments” in state constitutions. These amendments were originally aimed at Catholic schools and were born of the now-incredible belief that the public schools were a principal instrument in safeguarding America’s Protestant Christian character.

If you’re wondering how protecting kids from scrapes and broken bones constitutes “an establishment of religion,” well, welcome to the tortured world of establishment clause jurisprudence. The late justice Scalia wrote that the cases involving Christmas displays required “scrutiny more commonly associated with interior decorators than with the judiciary.”

While I can only speculate what Scalia would have made of this case, it was clear from oral arguments that the majority of the court was skeptical of Missouri’s claim that protecting kids on a playground constitutes an establishment of religion.

If there was a theme to most of the questions, it was just how “extreme,” to use David French’s word, Blaine amendments like Missouri’s are. Justice Breyer asked the lawyer defending the law if, under the constitution, a city could deny fire and police to places of worship while providing it for everyone else. The reply was a hedged semi-“yes.”

While it’s always risky to predict the outcome based on oral arguments, French is right when he predicts that Trinity Lutheran will win.

Actually, it already has. Missouri’s new governor has announced a change in the policy that will permit Trinity Lutheran to apply for the grant. But Missouri’s Blaine Amendment, and three dozen similar provisions across the country, still stand.

So while the Court could declare the case moot, let’s pray that it decides the case in a way that deals a major blow to laws like Missouri’s across the country. Because the damage done by them to religious freedom is a lot worse than just skinned knees.