To Boo or Not to Boo: What Christians Should Do with Halloween 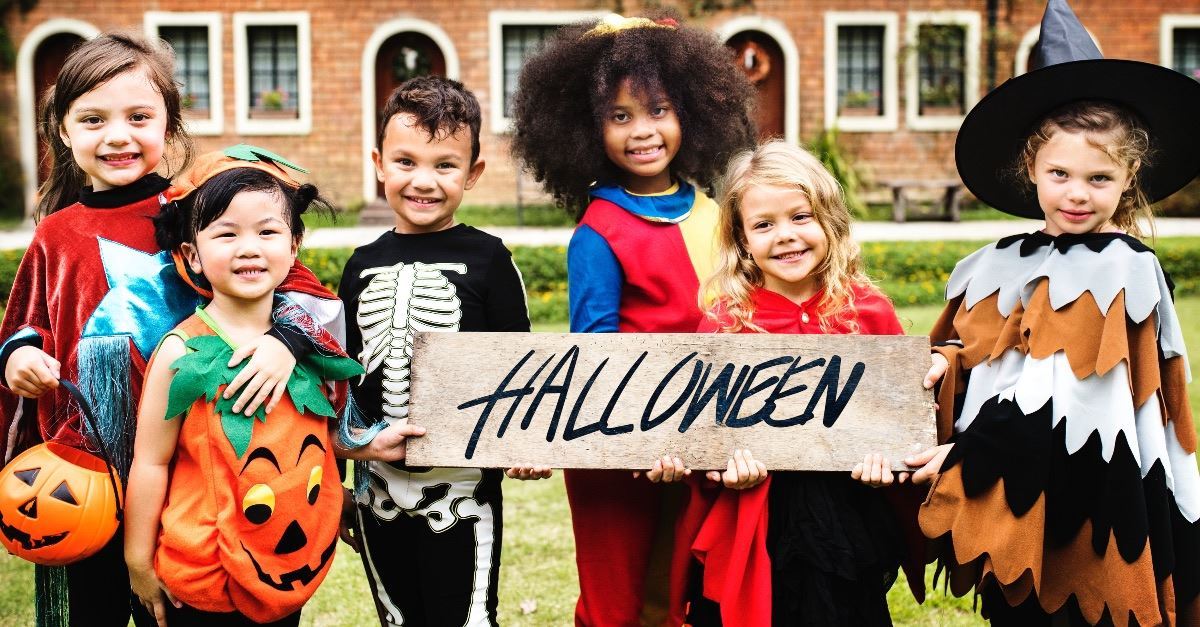 To Boo or Not to Boo: What Christians Should Do with Halloween

Today is that strange holiday that many of us don’t know what to do with. Here’s a history of Halloween, and what it has to do with Christians.

Every year around this time, the ritual begins anew. The weather cools off, leaves change color and Christians start arguing about Halloween.

Many people love this night. It gives them an excuse to host parties, kick off the holiday spending season, and it provides economic stimulus for the dental industry. Others use it as an excuse to flirt with things much darker than plastic skeletons and creative jack-o’lanterns. But what is Halloween really about? Is there something spiritual behind all the ghoulishness?

“Halloween is a satanic holiday,” say some. “It’s a celebration of death,” insist others. Back when I was a kid, a series of comic-book style tracts went around claiming that Halloween was a pagan holiday called Samhain, where ancient Druids used to carry out human sacrifice under a full moon.

Even modern pagans who love Halloween admit that this story is mostly made-up.

The very name “Halloween” means “holy evening”—a throwback to when Catholic Christians prepared for the Feast of All Saints on November 1st.

A few years back, Kirk Cameron urged Christians to make the most of Halloween’s Christian origins. In 2014 he told the Christian Post that Christians should be throwing “the biggest Halloween party on your block.” He argued that not only is it a great way to make fun of the devil, but a great opportunity to proclaim Jesus’ victory over sin and death to our neighbors.

In fact, in his book For the Glory of God, historian Rodney Stark argues that Christians in the early centuries of the church frequently reacted to pagan practices like fortune-telling, alchemy, and even sorcery, by nottaking them seriously. Stark records how Augustine, for example, myth-busted astrology by pointing out how twins born under the same star sign were often very different in personality. St. Boniface taught that “to believe in ‘witches’ is un-Christian,” and pope Gregory the Great even advised a missionary to Britain to destroy idols but to re-purpose pagan temples for Christian worship.

Steven Wedgeworth, a pastor writing at the Calvinist International, gives a third perspective. In one of the best overviews out there on Halloween’s history, he concludes that while there are definitely echoes of paganism and Christian repurposing in Halloween, the holiday of today—especially the costumes and trick-or-treating—is a recent invention. Like the commercialized secular Christmas, he writes, Halloween as we know it has more to do with department stores than druids.

Well here’s my take: What Paul wrote in Philippians 4 should guide all our celebrations, no matter what day it is. Christians should think on “whatever is true, honorable, just, pure, lovely, and commendable.” It’s hard to imagine that axe-murderer get-ups and sexually provocative costumes pass that test. And we should also consider his teaching on meat sacrificed to idols in 1 Corinthians 9. Idol worship is always wrong, but eating meat sacrificed to idols is a matter of conscience.

If you can’t in good conscience participate in Halloween, there are plenty of other things to celebrate this time of year: Reformation Day, All Saints Day on November 1, the beauty of fall’s changing colors, and as always, the sovereignty of God and the victory of Christ over everything.

And if you and your kids do enjoy a little spooky stuff, just remember,  as Paul Pastor wrote over at Christianity Today, “monsters should point us to God.” “No story worth listening to,” he says, “lacks a villain. And no villain worth fighting lacks monstrosity.”

And there’s no story with more monstrous villains or darker darkness than the story of Scripture. To be as clear as possible, we have an enemy, an enemy of our souls. But the evil described in Scripture is not just “out there,” it’s also in our own hearts. And yet the evil in the world and in our hearts doesn’t have the final say.

And so, wherever you land on Halloween, don’t fear. Any real evil out there is, because of Jesus Christ, a defeated foe.