The Story behind the Navy Hymn: In Honor of Veterans Day 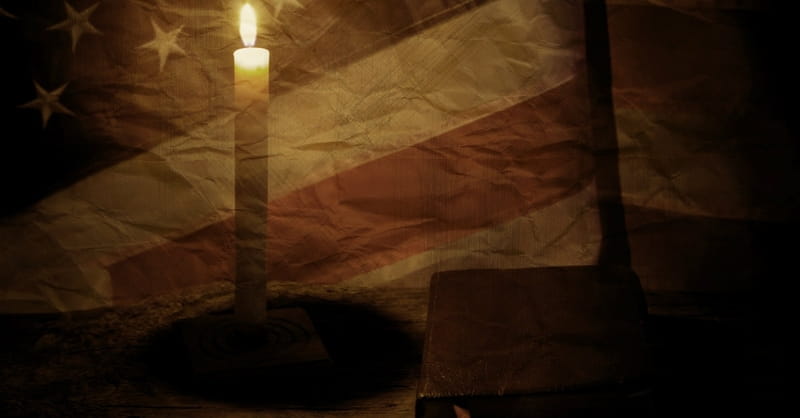 The Story behind the Navy Hymn: In Honor of Veterans Day

Eric Metaxas: It’s one of the most famous hymns in Christendom: “Eternal Father Strong to Save.” It’s often called “the Navy hymn” because it’s sung at the U.S. Naval Academy in Annapolis.  But how many of us know the story behind this moving hymn?

The hymn’s author was an Anglican churchman named William Whiting, who was born in England in 1825. As a child, Whiting dodged in and out of the waves as they crashed along England’s shoreline. But years later, on a journey by sea, Whiting learned the true and terrifying power of those waves. A powerful storm blew in, so violent that the crew lost control of the vessel. During these desperate hours, as the waves roared over the decks, Whiting’s faith in God helped him to stay calm. When the storm subsided, the ship, badly damaged, limped back to port.

The experience had a galvanizing effect on Whiting. As one hymn historian put it, “Whiting was changed by this experience. He respected the power of the ocean nearly as much as he respected the God who made it and controls it.”

The memory of this voyage allowed Whiting to provide comfort to one of the boys he taught at a training school in Winchester.

One day, a young man confided that he was about to embark on a journey to America—a voyage fraught with danger at that time. The boy was filled with dread at the thought of the ordeal to come. A sympathetic Whiting described his own frightening experience, and he and the other boys prayed for the terrified student. And then Whiting told him, “Before you depart, I will give you something to anchor your faith.”

Whiting, an experienced poet, put pen to paper, writing a poem reminding the boys of God’s power even over the mighty oceans. It begins:

“Eternal Father, strong to save,
Whose arm hath bound the restless wave.”
Who bidd’st the mighty ocean deep
Its own appointed limits keep
Oh, hear us when we cry to Thee
For those in peril on the sea!

Scholars believe Whiting was inspired in part by Psalm 107, which describes God’s deliverance from a great storm on the sea: In verses 28 and 29, we read: “Then they cried to the Lord in their trouble [and] he made the storm be still, and the waves of the sea were hushed.”

This thought is of course echoed in the New Testament, when Jesus and his disciples are caught in a sudden storm on the Sea of Galilee; Jesus “rebuked the wind and calmed the sea.” (Mark 4:39)

In 1861, Whiting’s poem was set to music by the Rev. John Dykes. The hymn became enormously popular; British, French, and American sailors all adopted it. Winston Churchill loved it, and the hymn was performed at the funerals of Presidents Franklin Roosevelt, John Kennedy, and Richard Nixon.

Over the years, those who love the hymn and the men and women it honors have written additional stanzas—verses that ask for God’s protection over Marines, Seabees, submariners, flyers, the Coast Guard and Navy SEALS. They ask God to remember the needs of wounded warriors, asking: “By power of thy breath restore, the ill and those with wounds of war.” Touchingly, one newer stanza asks God’s protection for the families of those who serve, asking, “Oh Father, hear us when we pray, for those we love so far away.”

Veterans Day is a reminder that we should be praying regularly for those who put themselves in harm’s way for our sake, for their families, and for those who suffer the after effects of combat.

And as we sing the Navy hymn, as many of us will on Sundays around Veterans’ Day, its words should also recall to our minds the fact that none of us will escape the storms and tempests of life. Its verses offer comfort and help us “anchor our faith,” as William Whiting put it, when the winds and waves of our own lives threaten to capsize us.