The Problem with Our Judgmental Society 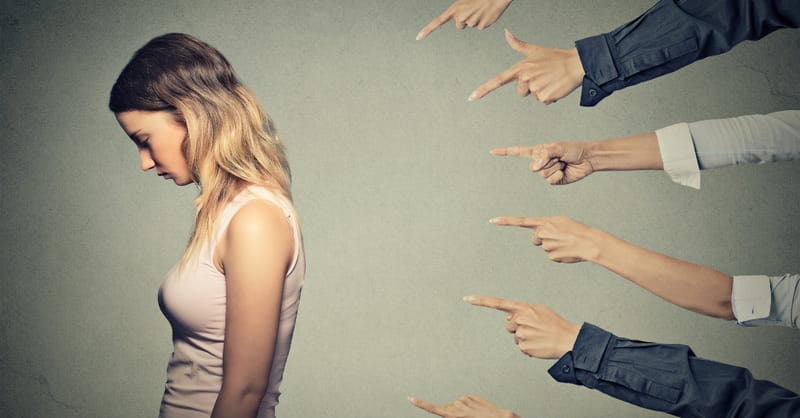 The Problem with Our Judgmental Society

While much of the country has experienced an abnormally mild winter, I have it on good authority that Hell has frozen over. Really.

I know this because we at the Colson Center recently found ourselves in complete agreement with Frank Bruni, a liberal—to put it mildly—columnist for the New York Times.

What occasioned this rare celestial alignment was Bruni’s column deriding a Washington Post article on, of all things, what President Trump had for dinner at a Washington restaurant. The Post’s food critic sneeringly described Trump’s steak order as “well done and with ketchup, as if the entrée would be accompanied with a sippy cup.”

A President may rightly be criticized for his policies. But for his dinner? C’mon folks. Besides, as Bruni retorted to those who would join the sneering, “Let he who is without a bag of microwave popcorn in his cupboard cast the first stone.”

For example, as Bruni memorably put it, “a mother giving her 5-year-old a sugary Sprite might as well be handing him a loaded gun. The looks she gets from the parents around her are that aghast and alarmed.”

As I said, we at the Colson Center completely agree with Bruni in this case. In fact, we would add that Bruni is even more correct than he lets on. Our “brutality” when it comes to other people’s food and drink habits is just one aspect of the extremely judgmental age in which we live.

That’s right: I said judgmental. For all our talk about being “nonjudgmental” and “tolerant,” modern Americans are nothing of the sort. We are simply judgmental and intolerant about different things.

To cite an example related to Bruni’s column, take the issue of weight. We can’t criticize, in even the most abstract terms, anyone’s sexual conduct. But we’re free to engage in what is known as “fat shaming,” even when there is no “fat” to “shame.” Thus, after her halftime Super Bowl performance, social media was abuzz with people commenting about Lady Gaga’s weight.

It’s not a coincidence that the “brutality” directed towards other people’s food choices and waistlines has a strong class component to it. As Wallis Simpson, the Duchess of Windsor, famously put it, “you can never be too rich or too thin.”

As Bruni writes, “The more economically privileged the circles, the more people assert their identities through the supposed erudition, acuity and morality of their food choices . . . What a person genuinely, viscerally enjoys, regardless of its cultural bona fides, carries little weight. Food is the new fashion: our outward advertisement of who we are.”

Stated differently, what we eat has become a signal of our virtue. It’s not too much of an exaggeration to say that eating organic is the new justice and eating locally-sourced is the new temperance, at least in some exclusive zip codes.

By implications, that means that those who do not consume in this way are vicious, in the original Latin sense of the word, “corrupt,” and “depraved.”

Of course, these ideas of vice and virtue are literally superficial. As Jesus—remember Him?—said, “it is not what goes into the mouth that defiles a person, but what comes out of the mouth; this defiles him.”

And in so many other instances, our post-Christian era has stood the truth about goodness and beauty, virtue and vice on its head. All that’s left is to argue about the condiments.