The Golden Age of Education Innovation: There are Alternatives 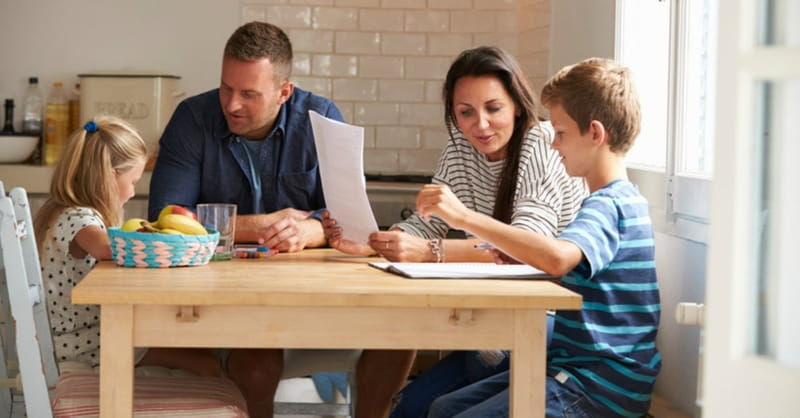 The Golden Age of Education Innovation: There are Alternatives

Last month, we learned that the Orange County California Board of Education will not allow parents to remove their kids from classes that discuss “gender, gender identity, gender expression, [or] sexual orientation.”

Now, parents have apparently found a loophole: they can remove their children from the entire sex-education program, just not from the specific parts they don’t like. An attorney for the Orange County Department of Education failed to mention that detail when he announced to parents they “do not have a constitutional right to excuse their children from portions of the school curriculum they find objectionable.”

Sorting through the back and forth and sleight of hand to keep your children out of ideologically-opposed classes is a nightmare. And it’s not just in California.

Across the country, curriculum is being used to force students, even grade schoolers, into a set of beliefs about gender and sexuality that run contrary to the Christian view of creation, not to mention common-sense morality.

In Illinois, the Senate passed a bill requiring public schools to teach “the roles and contributions of lesbian, gay, bisexual, and transgender people in the history of this country and this State.” If passed by a Democrat-controlled House, it will take effect next year. There’s no sign that this rising tide of public school indoctrination will ebb.

So Christian parents face tough decisions: whether to keep their children in government-run schools or find some alternative. Let me repeat something I’ve said before: there’s no one-size-fits-all answer. Each family will have to make this choice for themselves, considering the options available to them given a lot of considerations.

Even so, millions of parents have reached the end of their patience, and are searching for alternatives. Maybe you’re one of these parents, too. If so, I’ve got some good news: we’re living in what might be the golden age of education innovation.

Within my lifetime, the number of options for teaching Christian students has exploded. Not just homeschooling, which thanks to organizations like the Homeschool Legal Defense Association, is now well protected in most states. There are also charter schools, co-ops, affordable Christian schools, even online classes.

My colleague Warren Cole Smith and I gave a few inspiring examples in our book, “Restoring All Things”—projects like Cornerstone Schools in Washington, D.C., which offers pre-K through twelfth-grade to 200 students in a disadvantaged part of the country, or like Brookstone Schools in Charlotte, North Carolina, where ninety percent of graduates perform above their grade level in one of the worst public-school districts in the state.

Today, almost one in twelve American students attend religious schools, and another two million are homeschooled. That number will certainly grow in the years to come as all of these choices become mainstream alternatives to public education. Finding ways to teach children outside of public schools isn’t some marginal practice anymore. It’s normal. And as demand increases, so will our innovative options.

There’s still a lot of work to do, of course. As Neil Postman observed, the problem with most public education isn’t just that it often teaches the wrong things, but that it fails to teach, period. In place of a targeted, coherent education, it often gives students mere proficiency in a set of skills. Worst of all, it doesn’t prepare them to deal with the wild and often dangerous world of ideas.

Right now, I’m working with Shane Morris, another colleague of mine—himself educated in a hybrid homeschool co-op setting—on a new book to help with that problem. Our field guide to help Christian students identify ideas and worldviews, and to understand their consequences will be available later this year.

All of this should encourage you. Christians might still choose public schools, and many do. But if you live in a district that you feel has crossed the line, there are alternatives—lots of them. It’s not impossible, folks. And look, we’re in this together.