Making Colleges Safe for Libertinism: From in Loco Parentis to Just Plain Loco 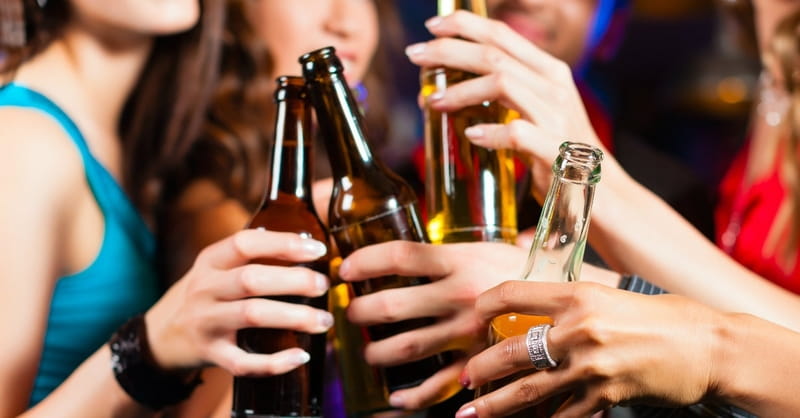 Making Colleges Safe for Libertinism: From in Loco Parentis to Just Plain Loco

These days, colleges expect their students to drink like fish and hook up frequently. And they’re just trying to keep a lid on it. Sort of.

A few months ago, a colleague of mine spoke with a young man about life at one of most prestigious colleges in the country—the kind that’s difficult to get into and even more difficult to pay for. What he heard was shocking: levels of substance abuse—both alcohol and drugs—that could only be called debauched.

The debauchery is hardly a secret, both on and off campus. The school’s response? A shuttle bus to transport students—at least for those who hadn’t simply passed out—from one bacchanalia to another and finally back to their dorms.

Welcome to the jungle that is the typical college campus where little, if anything, stands between our kids and their appetite for destruction.

This story came to my mind when reading Ross Douthat’s column in a September 13th article in the New York Times. The subject was the recent decision by Secretary of Education Betsy DeVos to revisit the Obama administration’s “guidelines for how colleges and universities adjudicate accusations of sexual assault.”

Given the fierce opposition to just about anything DeVos does, the response to the announcement was muted, even measured. Liberals as well as conservatives agree that “The legal and administrative response to campus rape over the past five years has been a kind of judicial and bureaucratic madness.” The combination of “moral outrage and political pressure,” and “bias and bad science” helped “create an unshakable presumption of guilt for the accused.”

None of this is to deny that sexual assaults on campus do happen and that schools have been, in Douthat’s words, “shamefully loathe to deal with the problem.”

But, as Douthat reminds us, there’s something else at work: the culture on most campuses.

As he writes, “For ideological reasons, the modern liberal campus rejects all the old ways in which a large population of hormonal young people once would have had their impulses channeled and restrained—such as single-sex dorms, ‘parietal’ rules for male-female contact late at night, a general code emphasizing sexual restraint.”

Instead, “many colleges compete for students . . .  by winkingly promising them not just a lack of adult supervision but a culture of constant partying.”

The “old ways” Douthat refers to were a function of schools taking the idea of acting in loco parentis, “in place of a parent,” seriously. Schools had a responsibility to act in the students’ best interests, including protecting them from their folly.

While the idea still holds sway in elementary and secondary schools for the most part, the concept has gone the way of the dinosaur at the vast majority of our nation’s universities.

Instead, they operate shuttle buses and wrestle with what to do in response to the readily foreseeable consequences of, in Douthat’s words, an “entire social scene [that] is organized around drinking your way to the loss of inhibitions required for hooking up.”

In other words, they seek to make “libertinism safe for consenting semi-adults.”

And they fail. Alcohol and drug abuse is rampant on American campuses, and even if the Obama administration’s guidelines had met the requirements of due process and fairness, they only affect what happens after the alleged assault is reported. They make no one safer.

Schools’ abandonment of the “old ways” produced what C.S. Lewis called “men without chests,” people, who for all their intelligence, at least as measured by grades and test scores, have no control over their appetites. It could hardly be otherwise if all you demand of them is being able to get on a bus.