Dunkirk, 'And if Not': The Story behind the Story 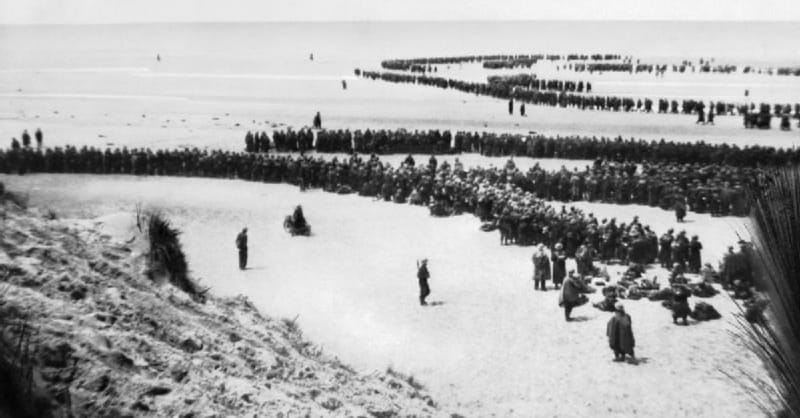 Dunkirk, 'And if Not': The Story behind the Story

You probably know the basic story line of the movie, “Dunkirk”—thousands of British civilians sailing across the channel to rescue the besieged British Army from certain annihilation at the hands of the Nazis.

But what the film left out, and it’s a shame it did, is the amazing miracle behind the story. Chuck Colson talked about it back in 1996. And we want to share it with you now.

Chuck: It turned out to be one of England’s finest hours–and oddly enough, a telling illustration of the urgent need for Christian apologetics in our day.

The time was June 1940 and the place was Dunkirk. The British Expeditionary Force, sent to stem the Nazi advance into Belgium and France, had been pushed steadily back to the sea.

A pall fell over England. Hitler’s armies were poised to destroy the cornered Allied army. But as the British people waited anxiously, a three-word message was transmitted from the army at Dunkirk: “And if not.”

The British people instantly recognized what the message meant: “Even if we are not rescued from Hitler’s army, we will stand strong.” “And if not” was found in the Book of Daniel, where Shadrach, Meshach, and Abednego defied Nebuchadnezzar, putting their trust in God.

The message galvanized the British people. Thousands of boats set out across the Channel in a gallant bid to rescue their army. And they succeeded. Nearly 350,000 troops were saved.

The British people were so steeped in Christian understanding that they immediately grasped the meaning of a cryptic biblical allusion. But can you imagine the response in 1990s America to such a message?

According to pollster George Barna, most wouldn’t have a clue what it meant. Recent surveys indicate only a small percentage of Americans can name the Ten Commandments–and only 42 percent can identify who preached the Sermon on the Mount. Most people think it was someone on horseback.

Equally alarming is another trend: Americans are abandoning the belief that absolute truth–like that revealed in the Bible–even exists. In 1991 Barna found that 67 percent answered no when asked: “Is there any such thing as absolute truth?” And two years later the percentage of people saying no had risen to 72 percent.

How then can we evangelize a society that no longer thinks in Christian terms or even believes there is such a thing as truth? That is where apologetics comes in. The Greek word apologia literally means “to give a reason for believing something.”

Professor Alister McGrath at Oxford explains why apologetics is pre-evangelistic. “In an increasingly secular culture,” McGrath writes, “fewer and fewer people outside the Christian community have any real understanding of what Christians believe. Half-truths, misconceptions, and caricatures abound.”

Our job is to help remove what McGrath calls “barriers on the road to faith”–like the rejection of absolute truth or some distortion of the Gospel message. Whatever the obstacle, Christians need to be, in the words of the apostle Peter, “prepared to give an answer . . . for the hope that you have.”

Today is the first in a series of commentaries designed to help you engage your neighbors with hard-hitting evidence as to why society cannot survive without Christian truth, and why it is indeed true.

It is vital that believers be equipped in the battle to defend Christian truth.