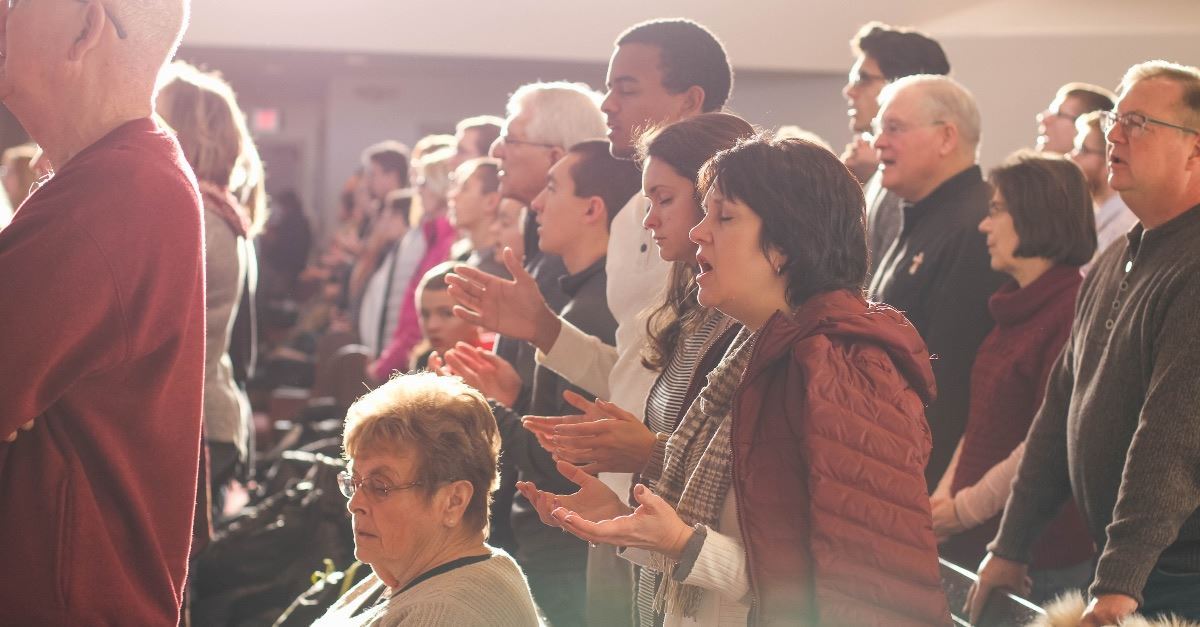 What is the central practice of the Christian life—that most crucial habit which no believer should ever endeavor to do without? It’s not personal devotions or Bible reading, as important as those are. It’s not even private prayer or attending Christian conferences. It’s not even catching BreakPoint every day.

The central practice of the Christian life, at least biblically speaking, is gathering together as Christ’s body for corporate worship, for hearing the Word, and for participating in the sacraments. “Going to church” as we say somewhat inaccurately, is the means that God has designed and determined to feed us spiritually, and to allow us to participate in that kingdom where God’s will is done on earth as in Heaven.

But just attending church isn’t enough either. Each Sunday, Christians declare not only that God’s kingdom has arrived in Christ Jesus, but that it’s being established in our lives, our families, and our congregations. That’s why no Christian is called to only a one-on-one relationship with Jesus, but to a communion that belongs both to and with one another. In other words, we’re not called to mere attendance.

Back in December, I had the honor, privilege, and joy of being ordained as a deacon in my church in Colorado Springs. As a deacon, I’m charged with serving a particular family of believers—namely, the congregation where I am a member and the larger communion of believers to which my church belongs. I’m also a member of the universal church, just like all Christians. Therefore, I often find myself worshiping and serving others who also believe that Jesus is the way, the truth, and the life but with whom I’ll differ on secondary matters. But just as it is impossible to love people in general without ever loving actual neighbors, it’s impossible to be a member of the universal church without also becoming part of a local church.

There is a dangerous and unfortunately popular line of thinking these days that dismisses church membership and even the church itself in favor of “a personal relationship with Jesus.” To make that choice is to embrace a false dilemma, one that resonates with countless professing Christians.

There are, of course, geographical, theological and even vocational reasons to leave one local church for another. But there’s not a reason to not seek out a local church at all. Typically, the thinking goes like this: The church is full of hypocrites and fakes and too much church politics, and we don’t need organized religion to have profound spiritual experiences with Jesus. For many, their Bible and maybe a Christian radio station are better substitutes for the drama and awkwardness of belonging to a local church. I get the impulse; but it’s just wrong.

In a recent column at BreakPoint.org, our senior writer Shane Morris lists the five most common reasons why Christians decide not to join a church, and then he responds to each. For example, he addresses the idea that all we need is a Bible and Jesus, by pointing out that Jesus and the Bible both agree that the organized church body is vital. Take Matthew 18, where Jesus instructs the disciples to bring unrepentant sin before the church. This parallels other passages in the New Testament that clearly instruct believers not to forsake gathering together, to submit to our pastors and elders as those keeping watch over our souls, and even offers instructions on purging from the church those who persist in immorality—something that is impossible unless they first belonged to that church.

I realize churches aren’t perfect. Sometimes, they’re downright messed up. But so are we, and ultimately, that’s why Jesus gave us one another and told us to live in communion as His sheep, not as lone wolves.

Come read Shane’s column on our website, and share it with someone who’s given up on church. Come to BreakPoint.org, click on this commentary, and we’ll link you to it.

And don’t be afraid to leave a comment. Let me know what you think.