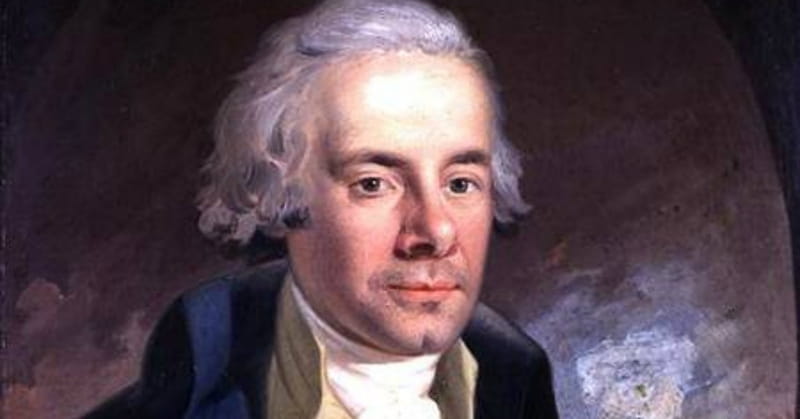 In 1987, Chuck Colson established the William Wilberforce Award to recognize individuals who vividly exemplify the passions and principles of the British 18th-century abolitionist and statesman, William Wilberforce; men and women who show perseverance and selflessness in combatting injustice and making positive change in the values and character of society.

Past winners include Canon Andrew White, who ministered for years to Christians in Iraq, Congressman Frank Wolf, the indefatigable defender of human rights, and Joni Eareckson Tada for her work on behalf of people with disabilities.

And on Saturday, at our annual William Wilberforce Weekend, the Board of Directors of the Colson Center for Christian Worldview bestowed the 2017 Wilberforce Award on Alan Sears, the Founder of the Alliance Defending Freedom.

I for one am thrilled. Chuck Colson so admired Alan Sears and the work of ADF. And why not? Over the past 23 years, Sears and ADF have built a comprehensive legal strategy of training, funding, and advocacy to defend religious freedom, especially for those who are most at risk of losing it—from medical professionals to artists and bakers and scientists, from hospitals and pro-life pregnancy centers to Christian schools and colleges.

And the results speak for themselves: ADF has contributed to 49 victories at the U. S. Supreme Court and the training of more than 1,900 lawyers in 45 countries. These attorneys have provided more than $200 million in pro-bono/dedicated time to pro-life, religious liberty and related causes.

With his educational and legal pedigree (from Stanford to Harvard to the Justice Department), Sears certainly had many and more lucrative options than starting a non-profit organization to defend religious freedom.

But Sears had a higher calling than legal stardom: “To serve God and protect his people.”

Alan Sears’s tenacity mirrors that of William Wilberforce. For more than two decades, Wilberforce faced bitter and powerful opposition to his work to end the slave trade. But he never gave up.

On this program years ago, Chuck Colson remembered the story of a tired Wilberforce, sitting in his chair studying the Bible. An old letter that he had saved “fluttered from between its pages,” from none other than John Wesley.

Wilberforce re-read the letter: “Unless God has raised you up for this very thing,” Wesley wrote, “you will be worn out by the opposition of men and devils. But if God be for you, who can be against you? Are all of them together stronger than God? Oh, be not weary of well-doing.”

Certainly in defending human life, religious liberty and traditional marriage, Alan Sears has faced the opposition of men and devils—and their radical agendas. Oregon florist Baronelle Stutzman, who refused to participate in a same-sex “wedding,” and the Mennonite business Conestoga Wood Specialties, which refused to obey the HHS contraceptive mandate, are among ADF’s clients. Sears is clear-eyed about what he has been up against: “This agenda,” Sears has said, “is one that believes in taking no prisoners. It’s the opposite of tolerance—it’s about punishing those who disagree. And the target is above all else the faithful to the Scripture and to the word of God.”

Well thank you, Alan Sears, for standing in the gap. We’re so grateful for all you’ve done to serve God and protect His people. It was a privilege to see you receive the award in person.

If you’d like the privilege of seeing next year’s Wilberforce Award winner and participating in our annual Wilberforce Weekend conference with great speakers and teaching, plan now! Special early registration pricing is available at wilberforceweekend.org.