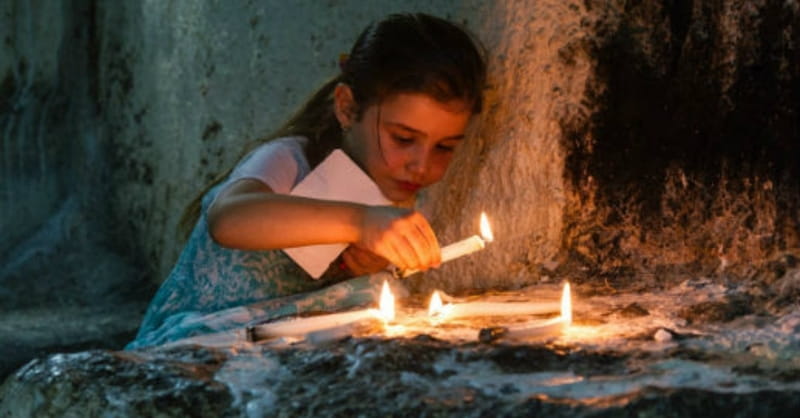 A young Christian Iraqi girl has expressed her joy at being able to return home soon to Qaraqosh as ISIS forces are being driven out.

The girl, whose name is Myriam, was originally interviewed in October 2014. Her family was forced to flee from their home to Ankawa, a suburb of Erbil, Iraq.

The video of Myriam’s interview went viral at the time because she said she forgave the ISIS militants who drove her family from their home and threatened their lives.

"God loves everybody," Myriam said. "I'm not angry with God because we left Qaraqosh, I thank him because he provided [for] us. Even if we're suffering here, he provides for us,” she said.

Now, as Iraqi forces are succeeding in retaking cities that were overrun by ISIS militants, Myriam and her family are preparing to return home.

"Surely I am happy and joyful to return home and see my friends who didn't leave,” she said. “I'll get to see them again. I'll see my home and my country again, the place that I love."

Myriam’s father, Waleed, added, "There are no words to express how we feel. But we say in Iraqi, Wenseh, which is the feeling we have when we are home. It doesn't matter if [we are living] under destruction."

ChristianToday.com reports that Qaraqosh used to be home to Iraq’s largest Christian community, but when ISIS overran the city, around 50,000 people were forced to flee.

Father Thabet, a priest from Mosul, ISIS’ last stronghold where a battle has been ongoing, stated, "It is great that the liberation comes at this time especially after two years have passed but our joy will be complete when everyone is back home safe and secure."