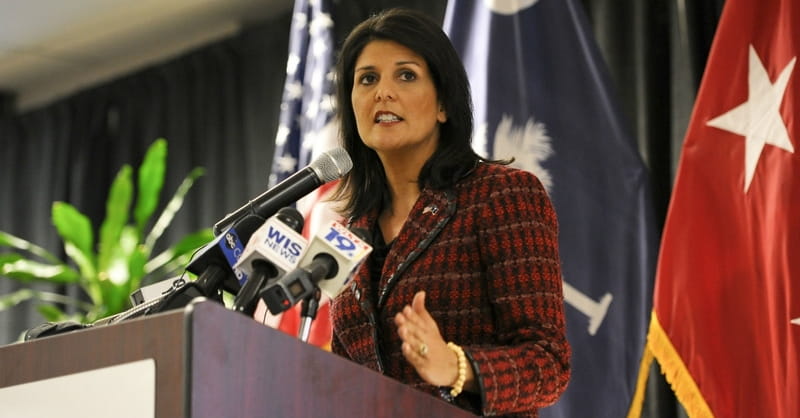 UN Ambassador Nikki Haley recently was on CNN to talk about the Trump administration’s decision to move the US embassy in Israel from Tel Aviv to Jerusalem.

RedState.com reports that Haley was interviewed by CNN’s Jake Tapper who started off the interview by quoting from a statement from the Arab League criticizing the decision:

“Donald Trump’s decision to recognize Jerusalem as the capital of Israel is a dangerous development that places the United States at a position of bias in favor of the occupation and the violation of international law and resolutions,” read the statement.

“This basically says that the United States acknowledges that the capital of Israel is Jerusalem, and saying also that the embassy is going to be moved to the capital, just like it is in almost every other country.

Haley went on to say that “for 22 years, you have had presidents and the American people ask for the embassy to be moved. And no president, not — not Clinton, not Bush, not Obama, actually made — had the courage to make that move and listen to the will of the American people.”

Tapper pushed back on Haley's statements, saying that the decision to move the embassy could cause instability in the Middle East. Haley, however, reiterated that the Trump administration is committed to working toward peace in the Middle East and that she believes moving the embassy to Jerusalem will “move the peace process forward” in the long-term.