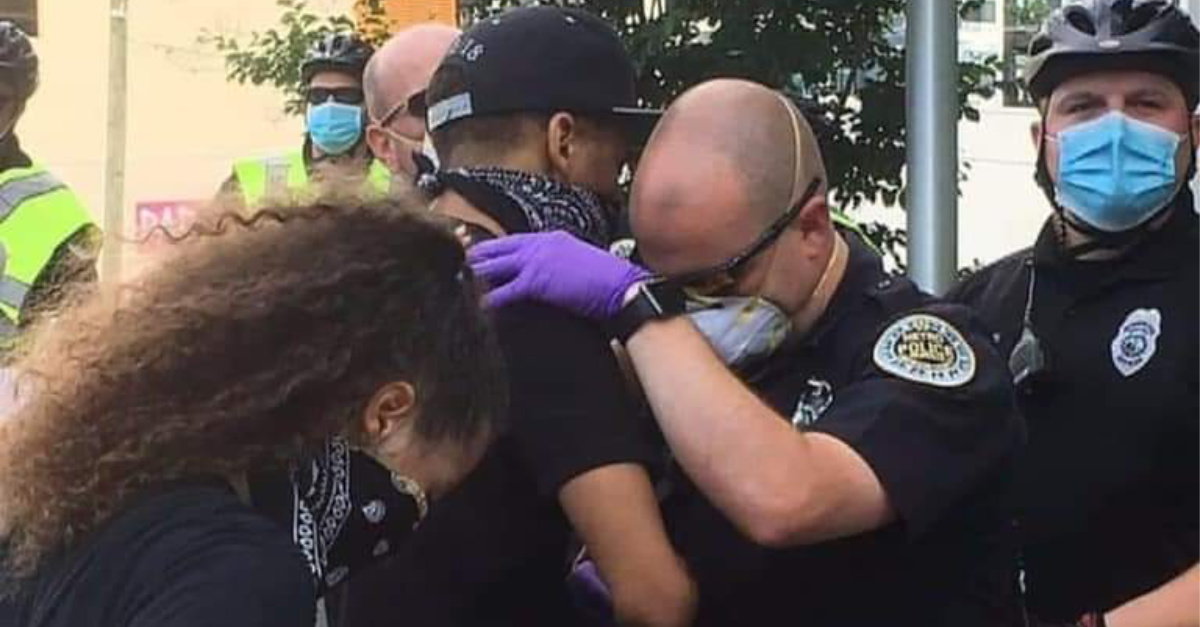 A Nashville police officer prayed with a protester Saturday during a peaceful demonstration.

According to CBN News, Officer Garren Hoskins was working at the protest when he heard a man preaching.

"As he talked, I kind of talked back with him and carried on a casual conversation. There was a brief moment where he stopped and was just standing there. I felt an opportunity as a police officer and a person so I asked him, 'Would you like to pray?' He put his sign down, looked at me, and said, 'Absolutely.’”

A bystander took a photo of the two men praying together.

"He had a great prayer about equal rights - all men treated equal under God, and it was very touching," Hoskins said.

"At the same time, that gentleman was such a nice guy. I believe it created a solidarity there between him expressing his freedom of speech and me there as a police officer and that's something the world needs to see."

Hoskins said the moment stands in contrast to the violent protests across the country.

"You can see rioting and looting in all cities across the United States, but I think there are things happening outside of those images that are real and powerful and my image happened to be caught at that time," he said.

In the midst of Sat's confrontation between protestors & officers at the Central Precinct, Officer Garren Hoskins and the protestor in front of him began talking about their shared Christian faith. Hoskins asked the man to join him in prayer. He put his sign down. They prayed. pic.twitter.com/c1KasU9dNQ

The photo of Hoskins and the protester is one of many peaceful moments capturing attention during the nationwide protests.

In Milwaukee, a group of protestors marched together, singing the worship song “Way Maker,” Faithwire reports. A bystander recorded the march.

The protests come after a black man died after a Minneapolis police officer held his knee on the man’s neck. The man, George Floyd, lost consciousness and later died.

The officer, Derek Chauvin, has been arrested and charged with third-degree murder and second-degree manslaughter.