Study Reveals What Americans are Thankful for This Thanksgiving 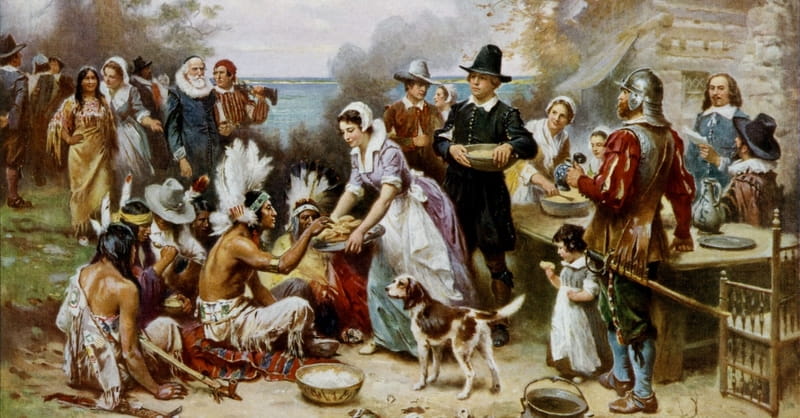 Study Reveals What Americans are Thankful for This Thanksgiving

When Americans count their blessings at Thanksgiving, God will get most of the credit. And money might be the last thing on their minds.

Most Americans are thankful for family (88 percent), health (77 percent), personal freedom (72 percent) and friends (71 percent). Fewer give thanks for wealth (32 percent) or achievements (51 percent), according to a new study from Nashville-based LifeWay Research.

“The blessings that matter most are the ones money can’t buy,” said Scott McConnell, executive director of LifeWay Research.

In a representative online survey of 1,000 Americans, researchers gave respondents 10 options to be thankful for—from family and health to achievements and wealth.

Their responses were shaped in part by demographics.

Overall, almost all Americans have something to be thankful for. Only 2 percent say they are thankful for none of the 10 options provided.

God gets the credit

Americans have celebrated days of thanksgiving in the fall since 1621, when the Pilgrims at Plymouth Plantation held a feast at the end of their first harvest. In 1789, President George Washington set aside Nov. 26 of that year as a thanksgiving day in honor of “that great and glorious Being who is the beneficent Author of all the good that was, that is, or that will be.”

States celebrated Thanksgiving Day on different dates until 1863, when President Abraham Lincoln set aside the fourth Thursday of November as an official federal holiday. Lincoln credited God for the nation’s blessings: “They are the gracious gifts of the Most High God, who, while dealing with us in anger for our sins, hath nevertheless remembered mercy.”

The Almighty still receives thanks from many Americans on Thanksgiving Day.

Catholics (65 percent) are more likely to thank their family than Protestants (49 percent).

Overall, giving thanks seems alive and well in America, despite the stresses of the recent election season.

“Many Americans have felt discouraged about events of the past year,” said McConnell. “But they still find a lot to be thankful for.”

For more information on this study, visit LifeWayResearch.com or view the complete report PDF.

LifeWay Research conducted the study Sept. 27 to Oct. 1, 2016. The survey was conducted using the web-enabled KnowledgePanel®, a probability-based panel designed to be representative of the U.S. population. Initially, participants are chosen scientifically by a random selection of telephone numbers and residential addresses. Persons in selected households are then invited by telephone or by mail to participate in the web-enabled KnowledgePanel®. For those who agree to participate but do not already have Internet access, GfK provides at no cost a laptop and ISP connection.

Sample stratification and weights were used for gender by age, race/ethnicity, region, metro/non-metro, education and income to reflect the most recent U.S. Census data. The completed sample is 1,000 surveys. The sample provides 95 percent confidence that the sampling error does not exceed plus or minus 3.1 percent. Margins of error are higher in sub-groups.

LifeWay Research is a Nashville-based, evangelical research firm that specializes in surveys about faith in culture and matters that affect churches.