Gymnast Shawn Johnson: How Her Olympic Career Led Her to Faith 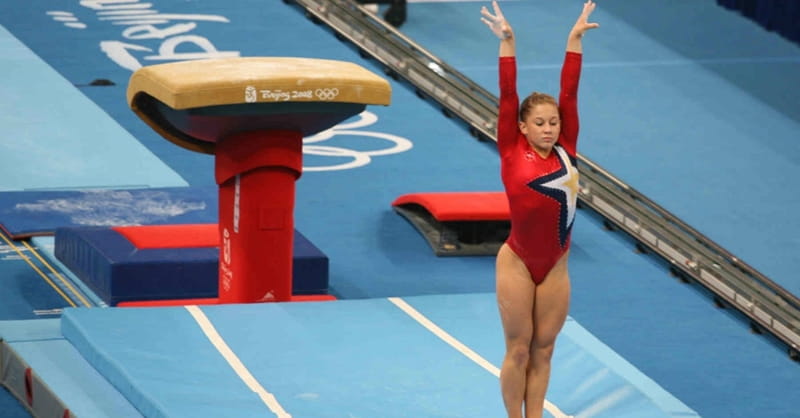 Gymnast Shawn Johnson: How Her Olympic Career Led Her to Faith

Olympic gymnast Shawn Johnson shared in a recently-released video how her Olympic successes and failures ultimately drew her to faith in Christ.

Johnson, who won Olympic gold for her balance beam routine in the 2008 Beijing Olympics, shared in the video how she had to learn the hard lesson that a relationship with God is better than any medal.

The Christian Post reports that Johnson also received three silver medals at the Beijing Olympics, all before receiving the gold.

"I remember being given the silver medal on the podium, the person who did it gave me a hug and told me, 'I'm sorry,'" Johnson recalls in the video titled “I am Second.”

"I was being given a silver medal at the Olympic games and being told I'm sorry was kind of like a validation in my heart that I had failed,” she continues.

Johnson shares how she felt like her whole identity was tied to being a gymnast and winning a gold medal.

In 2012, while training for the Olympic Trials, Johnson had an epiphany:

"It's one of those moments that's really hard to explain and really hard for a lot of people to understand. But in that one moment, I felt like God was telling me, 'You've been so distraught over this decision. You've been afraid of disappointing a lot of people and not being yourself, but it's OK to follow your heart and to put it behind you.' In that instant, I felt the entire world was just lifted off my shoulders."

After that point, Johnson decided to retire from her professional gymnastics career.

"I think it's just kind of that validation that there's always more,” she concludes. “God is the answer to everything, and Jesus sacrificed everything on the cross so that when I stood up there and I was given that gold medal, yes it's a monumental and amazing experience and wonderful thing, but it's not the end-all be-all. He will always be my greatest reward and my proudest reward."

To watch the video, see below.