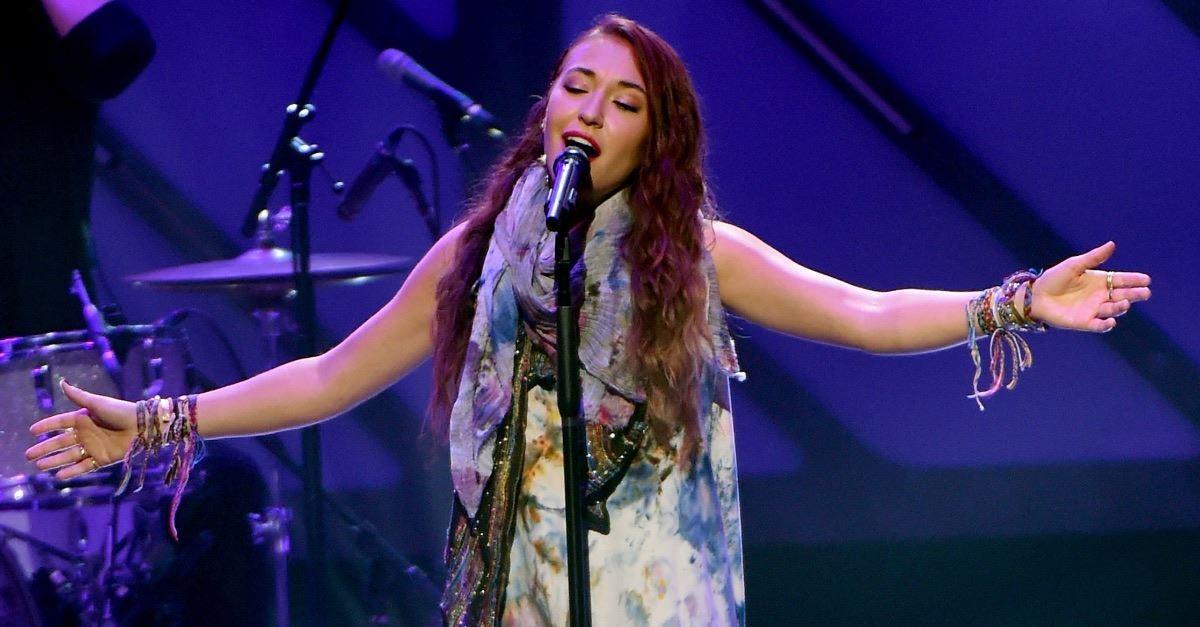 Daigle appeared on GMA last week to sing her hit song “You Say” from her chart-topping album Look Up Child.

She was welcomed to the stage as a Grammy-nominated artist by one of the morning time show’s hosts, Lara Spencer. The singer took the mic and seized the opportunity to share the Lord with millions of people through her music.

She sang, “I keep fighting voices in my mind that say I’m not enough / Every single lie that tells me I will never measure up / Am I more than just the sum of every high and every low? Remind me once again just who I am, because I need to know.”

She continued, “You say I am loved when I can’t feel a thing / You say I am strong when I think I am weak / You say I am held when I am falling short / When I don’t belong, oh You say that I am Yours / And I believe.”

As Daigle moved into the next verse, she closed her eyes and raised her hands. She sang, “The only thing that matters now is everything You think of me / In You I find my worth, in You I find my identity.”

After months of facing criticism, first for appearing on the Ellen Show and second for giving a roundabout answer to a question about homosexuality, the singer sang the fitting line with conviction.

Her most recent performance of GMA was met by support from fans and fellow Christians. One Twitter user posted a video of his daughter dancing along to Daigle's performance. He captioned the video, "This performance had Harper praising Jesus early on a Thursday morning beautiful performance, the doggies think so too!"

This performance had Harper praising Jesus early on a Thursday morning🙌🏾😍 beautiful performance, the doggies think so too! pic.twitter.com/SIvFvugMVV

Another user wrote, "What a beautiful performance. The message behind this song is what the world needs right now. Thank you Lauren for this beautiful song and thank you for spreading the love of Christ to the world."

What a beautiful performance. The message behind this song is what the world needs right now. Thank you Lauren for this beautiful song and thank you for spreading the love of Christ to the world.

Daigle has appeared on several other secular television shows including the Tonight Show starring Jimmy Fallon and Dancing with the Stars where she was able to sing about God’s love.

Daigle’s is set to perform next in New York City at the end of January before she heads out on her Look Up Child Tour is set to kick off in Seattle, Washington on February 14.