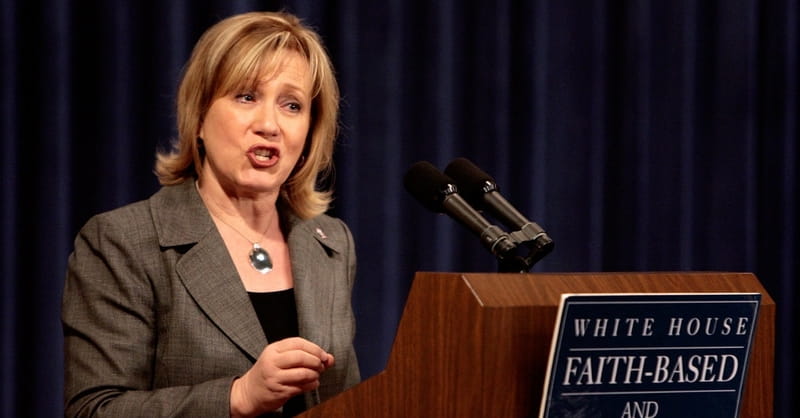 Kay and Rick Warren, the couple who founded Saddleback Church, the now-famous megachurch in Lake Forest, California, went through many trials their first year of marriage and barely avoided divorce.

In her new book Sacred Privilege, Kay Warren reveals that she and her husband jumped into marriage unprepared and faced many struggles as a newly married couple, but by God’s grace, they were able to work through them and now have a marriage that is stronger than ever.

Christianity Today shares an excerpt from the book.

The couple got married when they were both just 19. “As I walked down the aisle and stared into the shining eyes of the earnest, kind young man who had asked me to marry him, I knew I was loved. The way he looked at me on our wedding day became an anchor I would hold on to during the darker times when I wasn’t sure we were going to survive the mess our marriage had become.,” Kay writes.

“Our brand-new marriage took an instant nosedive. We didn’t even make it to the end of our two-week honeymoon to British Columbia before we knew our relationship was in serious trouble,” she continues.

Kay and Rick were experiencing conflict on nearly every subject about which married couples tend to fight--money, communication, sex, kids, and in-laws. These struggles were even more difficult because they felt they had to maintain a facade that their marriage was great since they were leaders in the church.

After such a rough start to their married lives, the couple decided to seek counseling. “Over time, as we both grew as individuals and as we sought counseling together, we began to experience healing in our marriage,” writes Kay.

“Yes, we faced many rough patches over the decades of our marriage, but I’m so glad we stuck it out through our painful first few years. God has worked in our life together—and he’s used our marriage struggles and failures to draw us closer to him and to each other.”

Through all these experiences they have shared, they have learned to rely on God’s grace to keep them together and keep their relationship grounded.

In a true heart-to-heart, Kay reveals, “I don’t approach this subject from the Hallmark-card version of marriage but from the blood, sweat, and tears of the trenches where our marriage was forged and is sustained. I know what it’s like to choose to build our relationship; to seek marriage counseling again and again; to allow our small group and our family into the struggle; to determine one more time to say, ‘Let’s start over’ and ‘Please forgive me, I was wrong’ and ‘I forgive you.’

“We’ve beaten the odds that divorce would be the outcome of our ill-advised union….And now we know. We know we are the best thing that has ever happened to each other. I am in love with the man God brought into my life so many years ago. Each of us is not who the other was looking for, but each of us is who the other desperately needed to become the person we each are today.”

Photo: Kay Warren, executive director of the HIV/AIDS Initiative at Saddleback Church speaks during the White House Roundtable on Faith-Based and Community Solutions to Combat HIV/AIDS in the Eisenhower Executive Office Building December 12, 2007 in Washington, DC. The theme of the roundtable was to show that religious organizations are a key component to the global fight against HIV/AIDS.