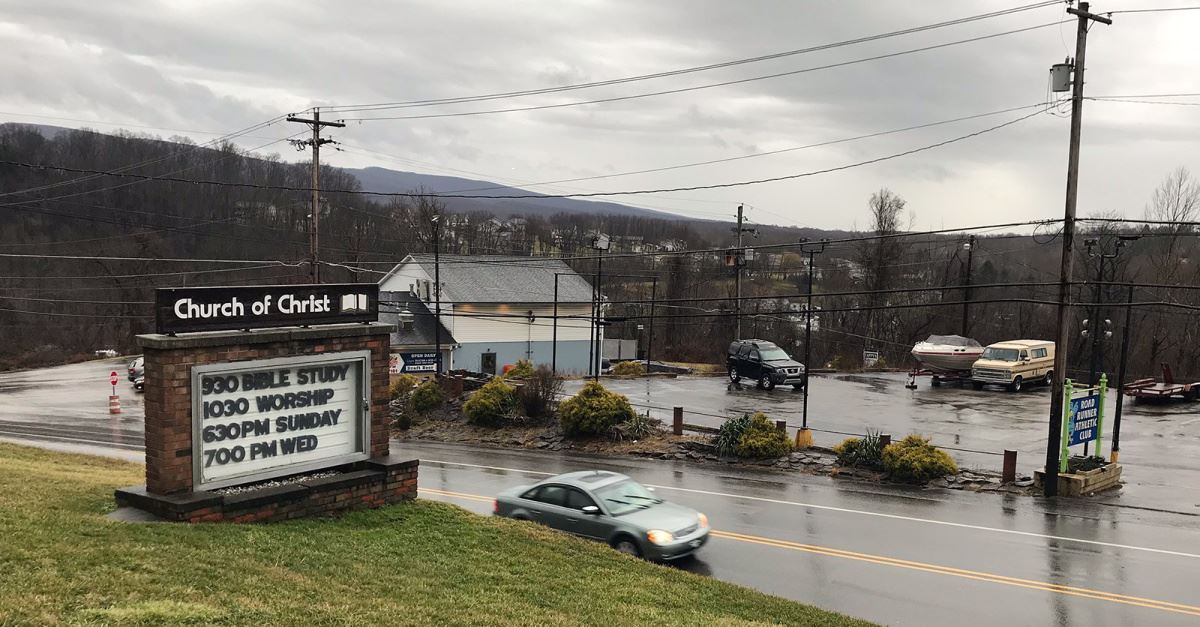 But because the crimes were hidden by the church hierarchy, “almost every instance of abuse we found is too old to be prosecuted,” the statewide investigating body reported.

Now, the same statute of limitations that prevented prosecutions in those cases has prompted a state judge to vacate the convictions of a former longtime Protestant youth minister.

“I’m sick to my stomach,” one alleged victim’s mother said upon learning that Brothers, 68, won’t be going to prison. Her name is being withheld to protect the identity of her son.

Brothers served for many years as the volunteer youth minister for the 100-member Uniontown Church of Christ, about 50 miles south of Pittsburgh. Since at least the 1980s, he also interacted with hundreds of children as a founding board member for Camp Concern — a Bible camp directed and sponsored by members of Churches of Christ.

Earlier this year, Leskinen ordered Brothers to serve up to five years in state prison. The January sentencing followed an October 2018 trial in which a 38-year-old man testified that he was 13 or 14 when Brothers began showing pornographic movies to church boys in the early 1990s. Eventually, Brothers performed lewd acts in front of him and encouraged him to do likewise, the man said, reporting that this happened “at least 50” times.

In response to the motion, Leskinen issued a new order this month agreeing with Heneks and “reluctantly” granting the defense’s motion to vacate the convictions. The judge said Brothers could report to the adult probation office “at his earliest convenience to have the electronic monitor removed.”

“Unfortunately, for the victim of this case, and for the community at large, upon a more thorough review of the statutory history … the relevant Statute of Limitations for these crimes expired in July of 2000 when the victim turned 20, and could not thereafter be revived,” Leskinen wrote.

The judge stressed that his decision did not change the facts of the case.

“The charges were filed only after the Defendant himself revealed his crimes, as well as others; and, after a thorough police investigation, resulted in only this single courageous victim confirming the facts confessed to by the Defendant,” said Leskinen, noting that Brothers couldn’t be charged or convicted “based on an uncorroborated confession.”

As previously reported, three of Brothers’ fellow board members at Camp Concern — conducted each summer at Raccoon Creek State Park, about 25 miles west of Pittsburgh — confronted Brothers at his home more than two years ago.

Brothers broke down and confessed to inappropriate behavior with “many, many, so many boys,” said Terry Lafferty, one of the board members and minister for the North Hills Church of Christ in Pittsburgh.

“He said, ‘I’m evil, just evil,’” Lafferty said of the December 2016 meeting. “And I thought that he was really going to open up and confess to all this stuff because there were a lot of names that started coming out.”

Brothers agreed to go with Lafferty, Richard Walton and Keith Wolfgong to make a statement at the Pennsylvania State Police station in Uniontown. By the time Brothers got to the station, though, he had become much less forthcoming, Lafferty said. Brothers identified four victims by name to the investigating officer.

Leskinen noted that testimony at the trial suggested that Brothers “committed similar acts in other states upon this or other victims from the same church.” The victim said, for example, that Brothers took him to a church event in Arkansas and inappropriately touched him.

That testimony was limited because it did not involve charges arising in Pennsylvania, but it’s possible that Brothers could be prosecuted in other states with different or longer statutes of limitations, the judge said.

Time limits on filing such charges have become a major issue nationally.

“I think it’s important for the public to know that one in four girls and one in six boys are sexually abused, so that’s a very high number,” said Hamilton, who is CEO and academic director for the advocacy organization Child USA. “But we also have many backward states that have protected the predators. And so, there are many operating child predators in the United States right now, and we don’t know about them because of the statute of limitations.”

After the grand jury report last year, the Pennsylvania House passed a bill that would remove the statute of limitations in future child sex abuse cases and provide a temporary, two-year window for past victims to file civil suits.

Under pressure from church and insurance industry lobbyists, the state’s Senate failed to vote on the measure. Senate President Pro Tempore Joseph Scarnati argued that the proposed window would violate the state’s constitution. The issue is expected to generate debate again this legislative session.

Such a window would allow victims — such as those who allege Brothers violated them — to seek monetary damages and depose the suspect and others who might have known about the abuse and failed to report it, Hamilton said.

“We’re talking about both psychological and medical problems that come as a result of the trauma,” she said of possible civil liability. “Child sex abuse victims have much higher rates of post-traumatic stress disorder, depression, suicide, ongoing problems with substance abuse.

“What happens when the statute of limitations is closed, the full cost is borne by the victim and their family or the state. When you open up the window, that cost gets shifted to the ones who’ve made it happen.”

Among those fighting for reform in Pennsylvania is Shaun Dougherty, 49.

The former Catholic altar boy reported as an adult that a priest named George Koharchik abused him from age 10 to 13. Koharchik, now 70, was Dougherty’s basketball coach and religion teacher at his Catholic grade school in the early 1980s. However, the defrocked priest escaped criminal charges because of the statute of limitations.

“Abuse is only one aspect of it,” Dougherty said. “Knowing as an adult that grownups helped cover this situation up and helped write laws to protect the church instead of protecting the children that were molested, that is a pain that is indescribable.”

Jimmy Hinton, minister for the Somerset Church of Christ in Pennsylvania, is an advocate who has supported Brothers’ alleged victims and joined Dougherty in lobbying state lawmakers to strengthen Pennsylvania’s child sex abuse laws.

Hinton said many churches “are working hard to fight statute of limitations reforms.”

“As long as they keep doing this, serial child predators like Clyde E. Brothers will use these loopholes to remain free and will gravitate back to churches, where they are free to produce more victims,” said Hinton, the son of an imprisoned pedophile preacher. “The church needs to repent of this and make it illegal to (abuse) children, no matter how long ago it happened.”

Bud Wilson is an elder of the Crossroads Church of Christ in McMurray, Pa., a congregation south of Pittsburgh that includes one of Brothers’ alleged victims.

Wilson, who attended Brothers’ sentencing in January, voiced disappointment in the judge vacating the convictions.

“This process makes me realize that we cannot put our faith in man to do the right thing. While we want to see justice in our time, we need to truly turn it over to the Lord,” Wilson said, pointing to Romans 12:19: “Do not take revenge, my dear friends, but leave room for God’s wrath, for it is written: ‘It is mine to avenge; I will repay,’ says the Lord.”

“I believe we should direct our focus on all the victims,” the church elder added. “These young men are so bitter and angry, and this news will add insult to injury. We need to reach out to all the victims right now and demonstrate true love and encouragement.”