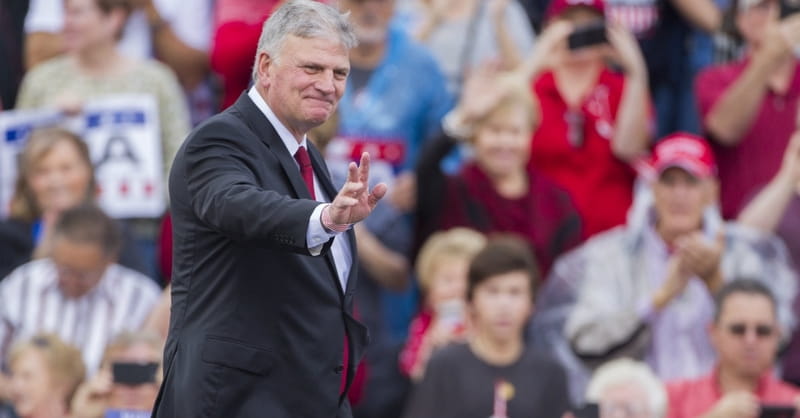 The Rev. Franklin Graham recently called out Republicans for failing to pass a new healthcare bill.

Graham, who officially stepped down from affiliation with the Republican party last year, criticized both Republicans and Democrats who were involved in the process to repeal and replace the Affordable Care Act.

The American Healthcare Act--the ACA replacement bill--was pulled after division within the Republican party made its success unfeasible. Groups such as the House Freedom Caucus believed the bill didn’t go far enough in undoing regulations put in place by so-called Obamacare. Last week, President Trump said legislators would have to pass the bill or he would turn his attention to other issues.

However, Republican legislators, including House Speaker Paul Ryan (R-WI) have said that they will look at healthcare again later in the year.

Graham specifically called out Republican legislators for failing to make good on their campaign promise to repeal and replace the ACA when they decided to table the vote on the AHCA.

“Doesn't it just make you sick? I'm so disappointed in the Republican Party—again—for not working together to get America the health care plan we need, as they had promised,” Graham wrote in a Facebook post.

He also didn’t let the Democrats off the hook: “And the Democrats' glee over what they're trumpeting as a failure is shameful. Their driving desire to block all things Republican branded, no matter what it means for the American people, is sickening.”

Both parties, he added, “should tackle these issues as Americans, not as politicians. Pray for the leadership of both parties, that God would soften their hardened hearts and give them His wisdom.”

Photo: Evangelist and CEO of the Billy Graham Evangelistic Association Franklin Graham takes the stage before then president-elect Donald Trump during a thank you rally in Ladd-Peebles Stadium on December 17, 2016 in Mobile, Alabama.