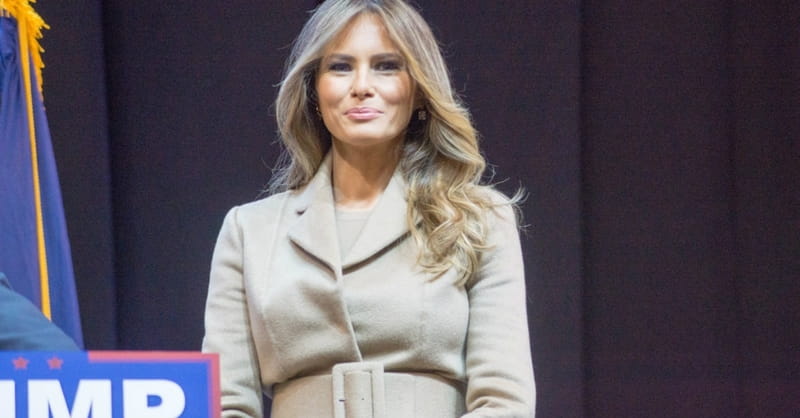 First Lady Melania Trump has been harshly criticized for her recitation of the Lord’s Prayer at a rally in Melbourne, Florida last week.

"It's incredibly despicable, the hate and vitriol that's being directed at the entire Trump family, and it really says a lot about who we are as an American people," said Starnes, the author of The Deplorables' Guide to Making America Great Again.

The criticism of the First Lady ranged from attacks targeting her accent to comments about her not having the prayer memorized.

Townhall.com reports on just a few of the harsh criticisms:

“With an hour’s practice I could probably say the Lord’s Prayer better in Slovene than Melania Trump does it in English,” @adrianshort wrote on Twitter.

@NicoleAngeleen tweeted: “I could recite the Our Father backwards, drugged with a gun to my head. If you need to read this prayer, you’re not Christian (re: Melania).”

“Melania starts the dictatorship rally with the Lord’s Prayer? NOT EVERY AMERICAN IS CHRISTIAN!!!! Country over party,” tweeted @JaimePrimak.

Starnes went on to condemn liberals who criticize traditional Judeo-Christian values held by many Americans:

"A lot of liberals in America believe that those people who hold to the traditional American values ... are beyond redemption," Starnes said. "The fake outrage is about as fake as what you're going to read in the New York Times' politics section."