Commuting to Nairobi, the Train becomes a Church 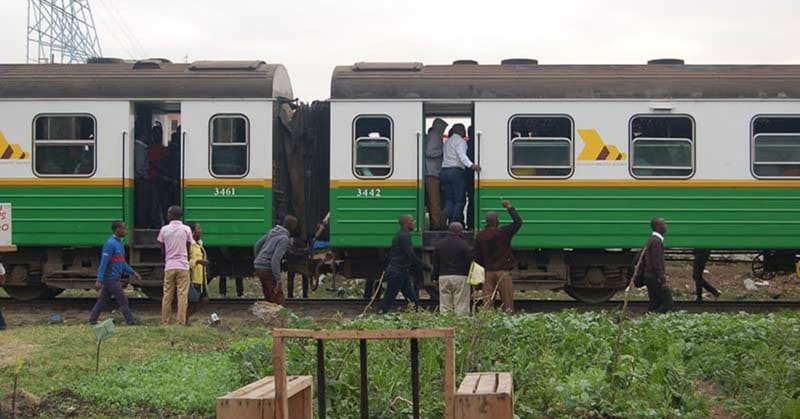 Commuting to Nairobi, the Train becomes a Church

This commuter train takes its passengers to work, but the preacher aboard hopes it will also take them to God.

Starting in the suburb of Ruiru, about 19 miles north of Nairobi, the train for the past five years has informally hosted a growing number of self-styled pastors and a makeshift, moving congregation eager to hear the gospel.

At least two coaches turn into “churches” each day, with Christians singing, dancing and clapping as they prepare for a short sermon during the one-hour journey.

Jane Wanjiru, who frequently joins in the worship and occasionally preaches on the train, said many of her fellow passengers may otherwise not find time to pray or attend church.

“In this case, the train fellowship becomes a good alternative,” she said.

As the train picks up passengers in both middle-class neighborhoods and slums, the congregation swells. And by the time it stops at the capital’s Central Railway Station, scores have been touched by Christ or healed, the train preachers say.

Nine pastors minister to the moving flock, many of whom are out of work and looking for employment. Other passengers work as civil servants, traders or casual laborers. The pastors — who hold down other jobs, and for whom the train ministry is an unpaid calling — carefully choose sermons that relate to the struggles of many of their passengers, who suffer poverty, exhaustion and stress, and often have trouble paying the 40-cent fare.

“You must differentiate between true sacrifice and what is not. God wants us to make true sacrifices,” said Pastor Benjamin Mutungi, 34, preaching on a recent train ride. Some of the commuters open their own Bibles to read along with him, as others find the passage on their mobile phones.

He and the other pastors try to schedule their preaching so that they’re not all preaching on the same train at the same time, to reach the maximum number of commuters.

“Many have been helped to manage their problems. We have prayed for the sick. We have also prayed for the unemployed. Some returned to say they have seen a breakthrough,” said Pastor Michael Mbogo, 41, who started preaching on the train  five years ago.

The train preachers decided that they would not have an offering aboard so as not to further burden the many commuters already struggling to earn a living wage.

Benson Ndolo, an accountant who has preached frequently on the train, said his Christian life has been transformed on the tracks. “It has opened doors for me and I am a better person here and at work,” he said.

Julius Dzolo, an office clerk, said the sermons help him cope with stress. “The preaching helps me relax,” he said. “If I had picked a grudge at work, after the sermon, I am able to forgive much easier.”

When Mbogo preaches on the train, he said he is paying God back for saving his life. Five years ago, an accident left him in a coma for two weeks and a wheelchair for six months.

“I made a decision that I will serve him through preaching,” said Mbogo, who, with his fellow preachers has also taken the ministry beyond the train, bringing food and other supplies to a children’s home three times a year.

Before the accident, Mbogo often used the train to get to his work at a Nairobi hotel, where he is a photographer. He had then seen poor commuters riding on the train roof to avoid paying the fare, and then die or suffer serious injuries after falling from their dangerous seats.

“I believed my preaching on the coach would help these people,” he said. “At first, I feared the authorities would kick me out, but when people started joining the worship, they also accepted it.”

Photo: A section of coaches of a Kenyan train that takes commuters between Ruiru and Nairobi City, shown at Mutindwa crossing point in east Nairobi on Sept. 28, 2017. The train is seeing increased religious activity.