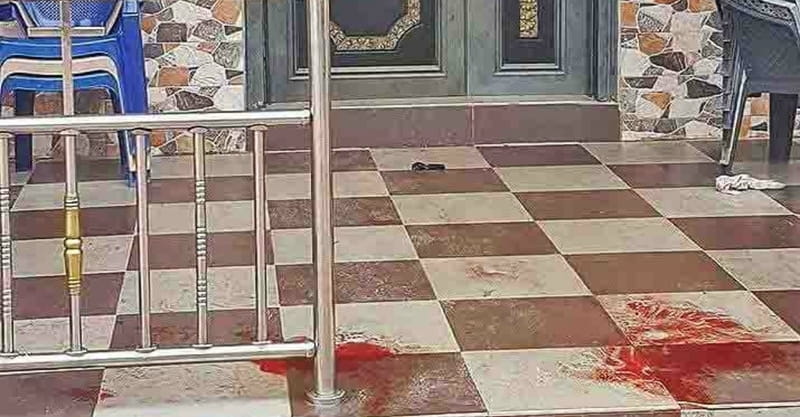 At least 11 people were killed in an attack on a Catholic church service in southern Nigeria today that apparently was rooted in a conflict with a relative of one of the parishioners, authorities said.

At least 18 others were injured in the shooting at St. Philip’s Catholic Church in Amakwa Ozobulu, near Onitsha of Ekwusigo Local Government Area (LGA) in tiny Anambra state, a state official said.

“Intelligence report/preliminary investigation proved that it is a fight between the two sons of the community living outside Nigeria that caused the incident, because one of them built the church [at] which the incident happened,” the statement said. “It is sacrilegious, but for now, [it] is still premature to disclose the identities. We will brief the public after investigation is concluded.”

Police Commissioner Garba Umar told journalists that the shooting was the result of a conflict between two Nigerian siblings now living in South Africa. While asserting that the attack was carried out by local people, he said it was rooted in conflict between the siblings’ rival gangs abroad.

Text messages and emails received by Morning Star News soon after the attack indicated gunmen attacked as parishioners were worshiping during early morning Mass at about 8 a.m.

“Commissioner Umar commiserates with all those who lost their loved ones in the act and pledges that the command would not rest on its oars until perpetrators are brought to book,” the police statement read. “However, citizens are advised to be vigilant and report suspicions movements and actions in their locality.”

Anambra state spokesman Ifeanyi Aniagoh said in a statement that a lone gunman was responsible.

“The Ozubulu community in Ekwusigo Local Government Area of Anambra state were this morning thrown into mourning as a gunman walked into St. Philip’s Catholic Church and started shooting sporadically, killing 11 and injuring 18 persons,” Aniagoh said.

The assailant reportedly targeted at least one person before opening fire on others.

Umar said motives for the shooting were also based on one of the rival gang member’s father being a member of the church.

A police statement by Nwode Nkeiruka, an assistant superintendent of police for Anambra state, stated that eight worshipers were killed. He described it as an unpardonable sin against the church.

State spokesman Aniagoh said the governor had visited the church site and the hospital where victims were taken.

“Speaking at the church premises, the governor revealed that preliminary security investigations show that the shooting was caused by a feud between two brothers from the community living outside Nigeria,” Aniagoh said in his statement. “The deeply saddened governor asked the people to go about their businesses without fear or panic, noting that this isolated case must be followed to the root and all perpetrators must be brought to book.”

The dead and the injured were reportedly taken to Nnamdi Azikiwe University Teaching Hospital in Nnewi.

“Thanking over 50 doctors who were on ground looking after the injured, the governor assured their families that all medical bills will be taken care of by the state government,” Aniagoh said.

Another attack on a Catholic church in Anambra, this one politically motivated, occurred more than a year ago. Nigerian security agents on May 30, 2016 killed eight Christians when the officers targeted secessionist Biafra agitators at a church service in Nkpor town.