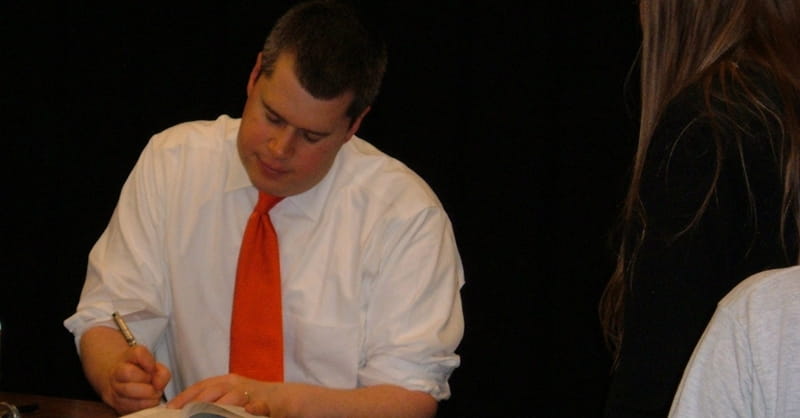 A Series of Unfortunate Events author Daniel Handler, better known as Lemony Snicket, has announced that he and his wife will donate $1 million to Planned Parenthood.

In an interview with Mother Jones, Handler and illustrator wife Lisa Brown say they decided to donate the large sum to Planned Parenthood because they have been longtime supporters of the organization and want to voice their support amidst the recent criticism.

Planned Parenthood has been under fire and in danger of losing government funding since 10 videos were released by the Center for Medical Progress, claiming to show the body parts from aborted babies, some of whom were still alive, being harvested for sales and research.

Planned Parenthood president Cecile Richards testified before Congress yesterday (Tuesday), and according to LifeNews.com, admitted that Planned Parenthood does not offer other women’s healthcare services, such as mammograms.

“We do not have mammogram machines at our health centers and we’ve never stated that we did,” Richards said, even though the abortion provider has relied heavily on the argument that they provide services other than abortion as part of their defense to keep government funds.

Handler and Brown, however, believe Planned Parenthood has been wrongfully accused.

“[T]heir recent deceitful pummelling was frankly more than we could take,” the couple stated.

“We’re Americans and human beings,” the couple continued, when asked what their connection was to Planned Parenthood. “We believe in people making their own reproductive choices. Planned Parenthood has been essential in the lives of many, many people around us.”

When asked where they think reproductive rights in the U.S. are headed, the couple stated, “Truth and justice will prevail, but we ought to make it happen sooner rather than later.”

Planned Parenthood has thanked the couple for their donation.