Touring Jericho: My Search for the Zacchaeus Tree

Touring Jericho: My Search for the Zacchaeus Tree

Jericho is a special place, definitely worth visiting, as it is the lowest (230 meters below the sea level) and the oldest (around 10,000 years) town on Earth. Arriving in Jericho, you will be astonished by its natural setting, with its vibrant colors, aromatic fragrances and the backdrop of the Dead Sea and Moab Mountains beyond in Jordan. The city has a subtropical climate, making it a perfect place for flora and fauna to thrive.

Jericho can be called an oasis as it is situated on a very rich land with a couple of perennial springs, surrounded by the wilderness of the Judean Desert. For its perfect agricultural conditions, the town looks nowadays like a great plantation -- dates, cabbages, eggplants, lettuce, zucchini and many more kinds of vegetables are grown here to support the people. In the winter time, plenty of citrus trees with yellow, orange and pink fruits are delighting our eyes with their bright colors.

But Jericho is actually called "City of Palms;" date palms dominate the area. While touring Jericho, you must buy a pack of its delicious dates -- Majoul dates, which originally come from this region. Bananas also grow plentiful in Jericho, and they were introduced to the area during the Islamic period.

Jericho, with its alluvial soil, lively three springs and tropical climate, was an attractive place for the ancient nations to settle the remains of which are called Tel es Sultan or simply Ancient Jericho. This site is also mentioned in the Hebrew Bible. It became a city of Joshua, who conquered it with the famous trumpets, symbolizing the holy intervention of God (Joshua 2:1-4:24).

Where is the Zacchaeus Tree?

According to the New Testament gospel of Luke, Jesus came to Jericho and as he was passing a wealthy tax collector, Zacchaeus was trying to see Jesus walking through the crowd. However, Zacchaeus was too short to be noticed by him so he climbed on a sycamore fig tree to see Jesus better (Luke 19:1-4).

On my last visit to Jericho, I wanted to find the sycamore tree of Zacchaeus, but how do I know which is the exact tree Zacchaeus climbed on? I entered the site of the Catholic Convent of the Good Shepherd in Jericho. Behind the church, on its big grassy yard, I saw a very beautiful, green tree -- can it be the sycamore of Zacchaeus? According to the Franciscan brothers, yes, it might very well be.

My quest might have finished at this point, had I not continued to the Greek Orthodox monastery, where I saw a trunk of a very old tree protected by a glass frame. An icon placed in front of the tree presents the biblical story of Jesus and the tax collector. Frankly, its easy to believe that this might be the infamous tree. It is dry and appears older than 2,000 years. 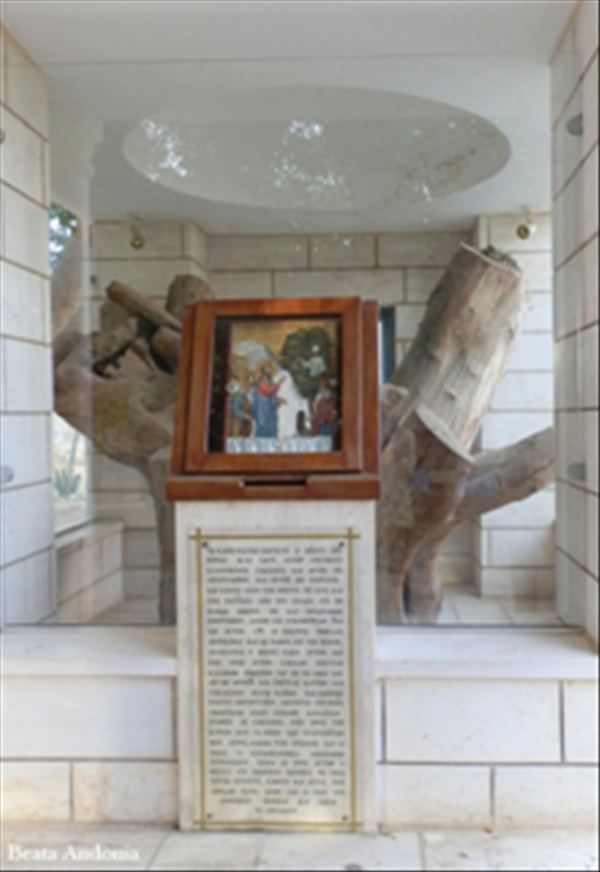 But my map and the town signage indicate another site -- a third tree? I followed the signs and I found myself next to the recently erected Holy Land Museum and Russian cultural center, founded by the Russian government. In the museum's beautifully designed garden, stands a giant tree, which is considered the "real" sycamore fig. I wanted to investigate a bit more, so I searched for some information about the age of the tree. And indeed, some preliminary tests showed that the sycamore is more than 2,000 years old. So is it the proper one? Perhaps. To approach this tree, you will step on a walkway consisting of recently excavated Byzantine-era mosaic tiles. 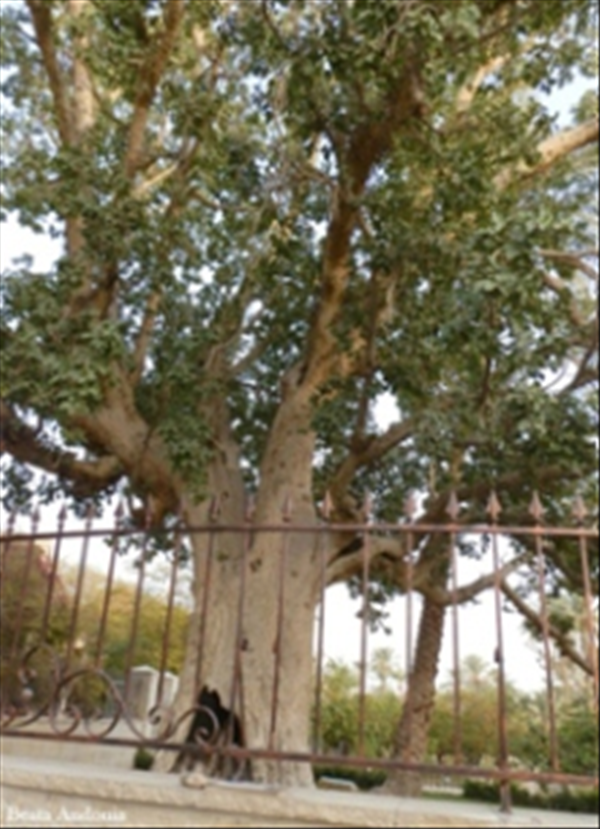 Clearly, like so many other sites in the Holy Land, it is difficult to determine where the real Zacchaeus tree is, if it even still exists at all. However, it is quite interesting to simply search for it, and while doing so you can enjoy an interesting and easy self-guided tour of Jericho. Good luck!

Beata M. Andonia works for the Bethlehem tourist bureau and blogs regularly about Bethlehem for Travelujah. She is originally from Poland and moved to Bethlehem in 2010.

Travelujah is the leading Christian social network focused on travel to the Holy Land. People can learn, plan and share their Holy Land tour and travel experiences on Travelujah.