Persecution Isn't Just 'Over There' 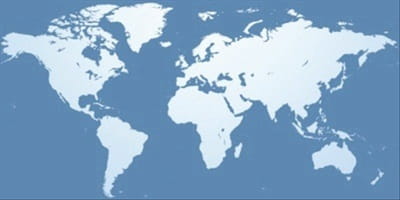 Persecution Isn't Just 'Over There'

Back in 2003, David Limbaugh raised awareness with his big-selling book, Persecution: How Liberals Are Waging War Against Christianity. The book went into great detail about a growing pattern of legal and cultural discrimination against Christians in the U.S. Christians in the West are encountering a growing wave of religiously based opposition, mockery or hardships in government and on the job. It’s still happening, too.

To take just one brief example, the Obama administration’s well-publicized decision to force Catholic hospitals and other institutions to subsidize birth control, abortion and sterilization coverage for their employees or face crippling fines is a clear violation of religious liberty — and is, perhaps one day, persecution.

But not all persecution is created equal. While we may face subtle and growing restrictions here (not that we want them), every day our brothers and sisters around the globe are facing even more direct threats: the possible loss of their families, jobs or even lives because of their faith in Christ.

The annual Open Doors World Watch List details case after case of this kind of persecution. The list describes abuses of Christians in 50 countries. Concerning daily life for believers in Afghanistan, ranked No. 2 on this year’s list, the picture is grim:

“Believers who are discovered face discrimination from family and community, Muslim clergy and local authorities. The government treats converts in a hostile manner, using any means possible to make them recant. The tiny Christian minority cannot meet in public; meetings in private homes are possible, but require great caution. Not a single official church building remains, not even for expatriate believers. In February, an Afghan Christian was released after spending nearly nine months in prison on charges of apostasy.”

“Small independent congregations are under pressure and have been refused recognition. Local authorities regard them as enemies; Buddhist leaders and village shamans also watch them closely. Most believers are ethnic minorities. Christians from the Katin or Hmong tribes have been detained, pressured to renounce their faith or even killed, often in army clashes. In 2011, church buildings were destroyed and their possessions confiscated. At least four Hmong Christians were killed in April, and several others were arrested.”

These severe cases of persecution need to be proclaimed from our rooftops, and that’s a big part of the ministry of Open Doors and other groups. And yet the Bible tells all Christians to expect persecution — and Americans are not excluded:

• “They will put you out of the synagogue; in fact, a time is coming when anyone who kills you will think he is offering a service to God” (John 16:2).

• “Then you will be handed over to be persecuted and put to death, and you will be hated by all nations because of me" (Matt. 24:9).

Let’s face the fact that if we truly stand up for Jesus, we will face persecution — real external challenges to our faith — on one level or another. This persecution usually will produce some kind of suffering.

In China, not that long ago many believers were denounced during the Cultural Revolution, had their personal and church property confiscated and were forced to do hard labor that inexorably drained the life out of them.

Other Christians, such as those of us in the West, may suffer more quietly, but this does not mean that we face no persecution. When people oppose our faith — which can happen in the workplace or at home — we can experience doubts, fears and spiritual struggles.

So if in fact “everyone” who desires to live for Christ will face unjust suffering at the hands of those opposed to Christ, here is a key question we all must consider: How can believers, whether here or there, exist — even thrive — under persecution? The excellent book by Chinese dissident Liao Yiwu, God Is Red: The Secret Story of How Christianity Survived and Flourished in Communist China, reminds us this is possible.

Amid intense, decades-long suffering, many Chinese believers held firmly onto God’s Word and his promises, living by faith and looking forward to a city that will last far beyond the world’s political and social upheavals. As Hebrews 11:13-16 says:

"All these people ... did not receive the things promised; they only saw them and welcomed them from a distance, admitting that they were foreigners and strangers on earth. People who say such things show that they are looking for a country of their own. If they had been thinking of the country they had left, they would have had opportunity to return. Instead, they were longing for a better country — a heavenly one. Therefore God is not ashamed to be called their God, for he has prepared a city for them.”

So stand up for Jesus, gracefully but firmly, today, and don’t try to wriggle out of the troubles that may result. Instead, use them to draw closer to Him — and to your brothers and sisters around the world. Remember, sooner or later, all of us can expect some kind of spiritual opposition. It’s guaranteed.

Dr. Carl Moeller is president and CEO of Open Doors USA, based in Santa Ana, Calif., the American arm of Open Doors International, a worldwide ministry supporting the religious and humanitarian rights of Christians since 1955.