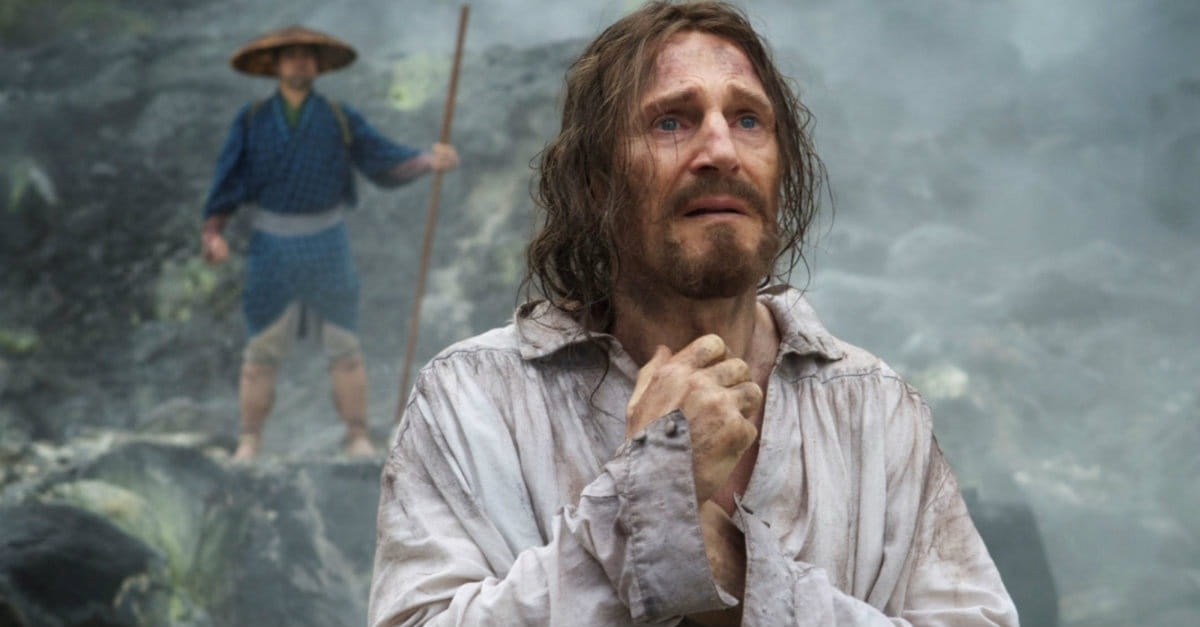 Few would argue that the greatest living film director is Martin Scorsese. And I might argue that his greatest film to date is the newly released and deeply spiritual Silence, a movie I would strongly recommend everyone see.

Yes, I know, Scorsese is responsible for the theological mess The Last Temptation of Christ. A sincere mess, perhaps, but a mess nonetheless. As a result, many Christians may write him off when it comes to any film dealing with spiritual themes.

The brilliance he has demonstrated as a director through the years (see Taxi Driver, Raging Bull, Goodfellas) has been matched only by his spiritual and moral curiosity (see Cape Fear, Gangs of New York, The Departed, Shutter Island, even The Wolf of Wall Street). Here the two are brought together in a stunning manner.

Yes, Scorsese remains spiritually provocative, but within a surprisingly orthodox context. The “silence” of the title refers to the seeming silence of God in the face of tragedy, and the necessity of raw, unfiltered faith to match it. Adding to the spiritual sinew is the exploration of the meaning of true apostasy.

The film is based on a 1966 novel by Japanese Catholic writer Shusaku Endo about two Jesuit priests who secretly enter Japan during the 17th century. It is a time when the leaders of Japan are deeply hostile toward the Christian faith. Other Jesuits who have entered as missionaries have been persecuted, tortured and killed.

The two priests – Rodrigues (Andrew Garfield) and Garupe (Adam Driver) – enter into this dangerous territory in search of their teacher, Father Ferreira (Liam Neeson), who had ventured into the island nation earlier, but then disappeared. They had heard disturbing rumors surrounding his vanishing, the most disturbing being that he committed apostasy while under torture. If so, he would not have been the first.

The first two-thirds of the movie revolve around their arrival in Japan, building relationships with the secret communities of Christians who live there, and filling the role of (seemingly) the only remaining priests in the entire nation. They become eyewitnesses to the inquisition taking place that results in Christians being tortured and executed in ways that can only be called horrific. They are soon torn between their values as priests and how their presence is stirring up even greater levels of persecution as they are hunted.

Through it all is the theme the title of the movie suggests: silence. Where is God in the face of this suffering? Ironically, it is the priests who seemingly wrestle with this more than the indigenous Christians.

The last third of the movie brings the spiritual conflict to a head in ways that I cannot share without spoiling the movie itself. But prepare yourself to wrestle with some of the deepest questions of the Christian faith including:

What is involved in bringing the gospel message to another culture?

What does it mean to truly commit apostasy?

Why does God seem strangely distant and silent during times when we would think He would be most present and real?

Is the heart of the Christian faith, and specifically faithfulness to the missionary task, dogma or piety?

Is the blood of the martyrs truly the seed of the church?

But make no mistake, the unflinching question of God’s silence is the dominant challenge.

And it is a challenge.

Few Christians have chronicled their struggle with God’s silence more poignantly than C.S. Lewis. The famed Christian author was deeply in love with his wife, Joy. Though they met and married late in life, few romances bloomed as theirs did. Not long after their relationship began, she was diagnosed with cancer. She endured a long and terrible season of illness before she died. First as a play, then brought to the screen as a BBC production, their story was eventually developed into an award-winning Hollywood film: Shadowlands.

Lewis wrote about his feelings following Joy’s death in a series of notebooks that were later published just before his own death in 1963. Lewis’ most telling observation? The silence of God.

Here are his words:

No one ever told me that grief felt so like fear. I am not afraid, but the sensation is like being afraid. The same fluttering in the stomach, the same restlessness... On the rebound one passes into tears and pathos. Maudlin tears. I almost prefer the moments of agony. These are at least clean and honest...

Meanwhile, where is God?... When you are happy, so happy that you have no sense of needing Him... if you remember yourself and turn to Him with gratitude and praise, you will be – or so it feels – welcomed with open arms. But go to Him when your need is desperate, when all other help is vain, and what do you find? A door slammed in your face, and a sound of bolting and double bolting on the inside. After that, silence. You may as well turn away. The longer you wait, the more emphatic the silence will become...

Why is He so present a commander in our time of prosperity and so very absent a help in time of trouble?

The silence, however, is seldom permanent.

Lewis himself would later write these words: “I have gradually been coming to feel that the door is no longer shut and bolted... [I was like] the drowning man who can’t be helped because he clutches and grabs.”

As Rodrigues realizes late in the film, in retrospect he did hear God in the silence. He heard His voice and felt His presence more clearly than at any other time in his life.

It reminds me of something I once read about what marks the master-teachers. It was from an article in the magazine Fast Company, which profiled the chess master and much sought-after mentor, Bruce Pandolfini. In the article, he talked about how he worked with his students:

“My lessons consist of a lot of silence. I listen to other teachers, and they’re always talking... I let my students think. If I do ask a question and I don’t get the right answer, I’ll rephrase the question – and wait. I never give the answer. Most of us really don’t appreciate the power of silence. Some of the most effective communication – between student and teacher, between master players – takes place during silent periods.”

Could this be how God is mentoring us? Is the silence the work of a Master Teacher? When I go through seasons when God’s answers do not come quickly, or on the surface of things – when the way God interacts with my prayers draws me deeper into Him for guidance and trust, dependence and obedience – the answers I find radically transcend what I initially sought to find.

I get introduced to sin that I needed to confront;

... patterns of behavior I needed to break;

... insight into who I am that I didn’t have before;

... and depths of relationship with God that I never experienced.

Such revelations are worth the silence, for in such silence comes the voice of God.

This was certainly the thinking of the ancient “desert tradition” of Christianity. Though the sandy terrain was often literal for the early church fathers and mothers, Alan Jones writes of how they mostly entered the desert of the spirit – “a place of silence, waiting, and temptation,” which is also “a place of revelation, conversion, and transformation.” According to the desert tradition, such “empty” places were actually full, for it was out of the deadening silences that people were known to be reborn.

This was certainly the experience of Jesus, who was led by the Holy Spirit into the desert to begin His ministry, and then led into the desert again to end it. This was part of the roaring silence of the cross. The words “My God, my God, why have you forsaken me?” speak not only to the separation within the Trinity at the moment the stain of the world’s sin was placed on the sacrificial Lamb of God, but also are a “silent” reminder to Jesus of the “deeper magic” (to borrow from Lewis’ imagery in the Narnia tales) that would cause death itself to work backwards.

As Larry Crabb notes, Jesus screamed in agony, “God, where are You?” God seemed to say nothing. But it was during that time that deep called to deep, and Jesus heard the voice of God in the Son reconciling the world to Himself.

Such thoughts only scratch the surface of all that Scorsese quietly implants into our soul through his film.

So go and see Silence.

And then be silent for a while after to think about it.