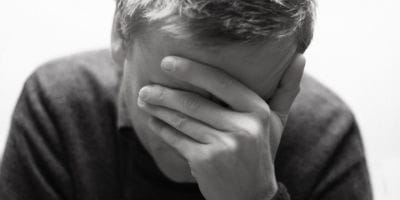 The announced sermon for yesterday's services at Saddleback Church was titled "Surviving Tough Times." It was a theme Pastor Rick Warren planned earlier in the week. He had no way to know how appropriate his subject would be.

Rick and Kay Warren's youngest child took his own life last Friday morning. Matthew Warren was "an incredibly kind, gentle and compassionate young man whose sweet spirit was an encouragement and comfort to many," a statement from the church said. "Unfortunately, he also suffered from mental illness resulting in deep depression and suicidal thoughts. Despite the best health care available, this was an illness that was never fully controlled, and the emotional pain resulted in his decision to take his life."

Christian leaders around the world responded with statements of support and intercession. On his Facebook page yesterday, Rev. Warren said, "Kay and I are overwhelmed by your love, prayers, and kind words." However, as USA Today reports, "a shocking number are taking this moment of media attention to lash out at Warren." Some are claiming that his son is in hell for committing suicide. Another told the pastor to "abandon primitive superstitions and accept the universe for what it is — a place that is utterly indifferent to us."

Is suicide the "unpardonable sin"? Absolutely not. This idea comes from a misunderstanding of Catholic theology, which teaches that "mortal sins" such as murder must be confessed lest the person go to hell. Since a person who takes his or her own life cannot then confess this act, some have concluded that such a person would be in hell. However, the Catholic Catechism clearly allows for those who suffer "grave psychological disturbances" and states that we "should not despair of the eternal salvation of persons who have taken their own lives." As a born-again Christian, Matthew was sure that he would be in heaven when he died. So am I. (For more on this difficult subject, please see my "Suicide, Scripture, and the Grace of God.")

What of the assertion that a world like this must be "utterly indifferent to us"? This time last year, our oldest son was undergoing radiation for cancer. Rick Warren's son suffered from clinical depression. Neither disease was their fault. Our Father grieves the consequences of the Fall, illness included (Romans 8:22). Rejecting his help when we need it most only makes the pain worse.

Please join me in interceding for the Warrens during the worst days any parent can experience. And know that those who are in God's hand are secure, in this life and the next (John 10:29). Before his son's death, Rev. Warren posted this statement on the church's Facebook page: "Bad days make good ones better." How is this assurance relevant to your life today?