Mum's the Word on Divorce: The Church's Scandalous Silence 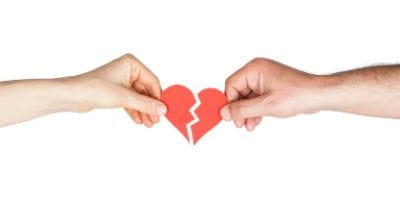 Mum's the Word on Divorce: The Church's Scandalous Silence

If I asked you to name the “hot button” social issues of concern to Christians, you’d probably cite abortion and gay marriage right away. Of course, the coarse and hyper-sexualized nature of popular culture might also come to mind.

But what probably wouldn’t come to mind is the high incidence of divorce. Given the clear biblical teaching on the subject and its impact on families and children, that is, to put it mildly, more than a little odd.

Actually, as one Christian leader rightly puts it, our lack of attention to the subject is a “scandal.”

That leader is Albert Mohler, president of Southern Baptist Theological Seminary in Louisville. I recently came across a three-year-old podcast — better late than never, especially in this case — in which he labeled our indifference to divorce “the scandal of the Evangelical conscience.”

The podcast began with an interview of Mark A. Smith, a political scientist at the University of Washington. Smith had recently written a paper entitled “Religion, Divorce, and the Missing Culture War in America.”

As Smith studied the culture wars across the U.S., he was struck by the issue that was conspicuous by its absence: namely divorce.

For instance, during its existence, the Moral Majority “mobilized and lobbied on many political issues, including abortion, pornography, gay rights, school prayer ... and sex education in schools.” In contrast, divorce ranked “so low on the group’s agenda that books on the Moral Majority do not even give the issue an entry in the index.”

This makes no sense. As Smith noted, “from the standpoint of simple logic, divorce fits cleanly within the category of ‘family values.’” In fact, “divorce seems to carry a more direct connection to the daily realities of families than do the bellwether culture war issues of abortion and homosexuality.”

So Mohler asked Smith, why the silence on divorce?

Smith’s answer is that “the inclusion of divorce on the agenda of the Christian right would have risked a massive alienation of members,” so the issue went virtually unmentioned.

Or, as Mohler put it, “evangelicals allowed culture to trump Scripture.” According to him, “the church largely followed the lead of its members and accepted what might be called the ‘privatization’ of divorce. Churches simply allowed a secular culture to determine that divorce is no big deal, and that it is a purely private matter.”

This happened despite the clear scriptural teaching that marriage is the union of one man and one woman for life.

As divorce has been privatized — fenced off from Scripture, Christian teaching, and from the community — so has marriage. If marriage is merely a means to happiness or sexual fulfillment (instead of a sacrament, a life-long commitment of sacrificial love open to the creation of life), no wonder same-sex couples argue that they deserve the same happiness and fulfillment available to heterosexuals.

In addition, what Mohler calls the “real scandal” — the fact that “evangelical Protestants divorce at rates at least as high as the rest of the public” — creates a “significant credibility crisis when evangelicals then rise to speak in defense of marriage.”

No, divorce is not an unpardonable sin but, as Mohler insists, it is a sin, and our acceptance of this particular sin while inveighing against other violations of God’s plan for marriage is hypocritical.

My point here is not to pour salt on the wounds of divorced Christians — they deserve and need our compassion; but it’s to get the Church to acknowledge the beam in its own eye and, thus, end a silence that is not only conspicuous but scandalous.