God, the NSA and Us: Thoughts on Domestic Spying 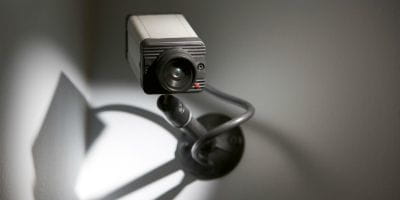 God, the NSA and Us: Thoughts on Domestic Spying

Call it life imitating the movies: for the past two-plus weeks Edward Snowden, who leaked the details of the NSA’s domestic surveillance program, has been living in the Moscow airport, much like Viktor Navorski, the character played by Tom Hanks in the 2004 film “The Terminal.”

But whereas Navorski was a man without a country, Snowden has a country that would love to get its hands on him. So, Snowden waits in a kind of frequent-flyer no-man’s-land until he departs for Venezuela, Nicaragua, or some other country that will grant him asylum.

While it’s difficult if not impossible to sympathize with Snowden’s plight, it is also wrong to ignore the issues his actions have raised. And this makes the almost complete Christian silence on the matter unfortunate.

Note that I said “almost complete.” There is an exception I’d like to tell you about: my friend, Dr. Timothy George. Dr. George is the dean of the Beeson Divinity School at Samford University and he’s the chairman of the Colson Center’s Board of Governors.

In an article for First Things magazine and the Colson Center, Dr. George tells the story of German Chancellor Angela Merkel’s experience with the Stasi, the infamous East German secret police. While she was a student, the Stasi tried to recruit her to spy on her fellow students. She refused.

Her experience of living “under the shadow of the world’s most repressive and invasive surveillance police state” taught Merkel a lesson about the lengths to which governments will go in the name of “security.” It’s a lesson she gently but forcefully shared with President Obama — a lesson we all need to learn.

The issue is not whether governments should gather information about potential threats. Apart from extreme libertarians, no one insists otherwise. As Dr. George writes, “In a dangerous world where people of ill will plot to do harm to others, some surveillance capacity must be allowed.”

The key word is “some.” What the NSA did involves a whole lot more than “some.” Instead, what Snowden revealed was the “hyper-collecting of metadata of millions of Americans with no connection to terrorism.”

In other words, surveillance.

What’s more, as Dr. George notes, the efficacy of this program is far from clear. For instance, “We know for sure that it did nothing to stop the massacres at Fort Hood and the Boston Marathon.”

And given the history of the war on terror, we should be skeptical when we hear the words “trust us.”

Instead, we should be asking questions about privacy and the relationship between government and the governed. Not because privacy, at least for the Christian, is an end in itself, but because a healthy respect for privacy “points to and safeguards something else even more basic and fundamental, namely, human dignity.”

Dr. George, a Southern Baptist, quotes Vatican II’s Declaration on Religious Freedom, which says that human beings “should act on their own judgment, enjoying and making use of a responsible freedom, not driven by coercion but motivated by sense of duty.”

A surveillance state subverts this goal.

And as Dr. George reminds us, “Only God is omniscient. To God alone are we to be a completely open book. To God, and only to God, should we say — or need to say — ‘You know when I leave and when I get back; I am never out of your sight.’”

I urge you to read Dr. George’s thought-provoking column. Please come to BreakPoint.org, click on this commentary, and we’ll link you to it.

Maybe you can read it as you wait for your connecting flight.