Breadwinner Moms: What is the Media Celebrating? 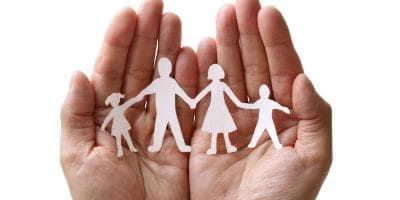 Breadwinner Moms: What is the Media Celebrating?

The Pew Research Center recently released a study with the fetching title “Breadwinner Moms.” According to Pew, fully 40 percent of American households with kids under the age of 18 have a mom who is either the sole or primary income-earner. That’s up from just 11 percent in 1960 — a huge increase.

So should we give three cheers for the growth of feminism and workplace equality? The cheerleaders in the media certainly are. But the overall picture for women “breadwinners” and their families is decidedly more complex.

As the Heritage Foundation’s Jennifer Marshall points out, what got left out of the story is that most of the supposed “good news” is really bad news in disguise. And the good is exaggerated.

“Just think,” Marshall points out ironically, “what a non-news item it would have been if the press release had said ‘Mom out-earns Dad in 15 percent of households with children under age 18.’”

That’s right, friends. The real story isn’t the minority of households where the woman is the “breadwinner.” The real story is that the majority of those households — or one in four homes across the country with minor children — is headed by a single mom.

That might have gotten a little attention, but not the cheers that accompanied the predominant “You go, girl” media spin. Especially when you consider that in these single-mother homes, the median income is just $23,000, and 44 percent are never-married moms.

“What’s more,” Marshall notes, “a third of these single mothers aren’t working at all — meaning they’re much more likely to depend on government welfare. Life on the dole, not bringing home the bacon, is a neglected subplot of the ‘breadwinner’ narrative.”

The popular myth about female breadwinners has been going on for a while, at least since the Murphy Brown/Dan Quayle saga back in the nineties. There’s no doubt that the number of female breadwinners is growing. There are now 5.1 million mothers who earn more than their husbands.

According to Pew, the median total family income of married mothers who make more than their husbands is about $80,000, which is significantly more than the national median of just over $57,000 for all families with kids.

But again, these relatively affluent breadwinners are not representative of most American families. They constitute just 37 percent of the so-called “breadwinner moms” and are “slightly older, disproportionately white and college educated.” The rest, the 8.6 million women who are raising their families on their own, “are younger, more likely to be black or Hispanic, and less likely to have a college degree.”

This is not to cast aspersions on women who raise their children alone, or on those who are blessed to make more than their husbands. I applaud anyone who’s resourceful enough to find and hold a job these days.

But in our eagerness to salute breadwinner moms, we would do well to put down the pom-poms and take a harder look at the data.

The fact is, we shouldn’t overlook the very real hardships involved in our era of rapid social change. Some people are being undeniably hurt. The Pew study notes that about three-fourths of adults say the increasing number of women working outside the home has made it harder for moms and dads to raise their children, while half say that it has made having a successful marriage more difficult.

Marshall reminds us that “we live in an era in which traditional life scripts have broken down, especially when it comes to sex, marriage and childbearing. Feminists portray this as liberating, but for many, the outcomes are anything but liberating.”

Agreed. At the end of the day, we need to realize that the redefinition of “marriage” and “family” is happening on many levels. And the real victims of our social experiments in the name of “freedom” and liberation” are the next generation.