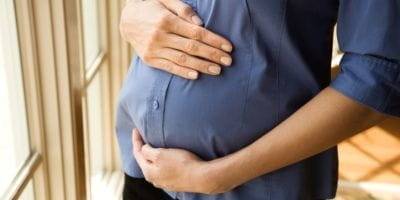 But a look at an earlier study reveals it’s not that rural teens are more likely to have sex and get pregnant, but that they are less likely to have an abortion after they conceive.

The news reports pointed to a study conducted by the liberal National Campaign to Prevent Teen and Unplanned Pregnancy, which noted that while the overall teen birthrate had dropped to historic lows, the birthrate in 2010 for girls ages 15-19 in rural counties (42 per 1,000) was nearly a third higher than for girls in metropolitan counties (33 per 1,000).

Bill Albert, chief program officer of the National Campaign, told USA Today it was a groundbreaking discovery: “The prevailing stereotype is that teen parenthood is primarily an urban and suburban phenomenon. … [In fact,] the landscape of teen childbearing is more open spaces and fresh air than gridlock and high-rises.”

But a study by the pro-abortion Guttmacher Institute had already discovered that in 1997. Looking at the 1990 census, it found “the teenage birthrate generally was higher in rural than in metropolitan areas.” But Guttmacher added, “The major difference between rural and metropolitan areas is not in the probability of teenagers becoming pregnant, but in the likelihood of their obtaining abortions if they conceive.”

And looking at a map of abortion facilities in the United States, it is apparent that rural teens have less access to an abortion. Most of the nation’s more than 700 abortion centers are concentrated along the East and West coasts and in large cities. The Daily Beast found a lack of facilities in the more rural areas in the center of the country, including northern Texas, Kansas, Nebraska, South Dakota, Wyoming, and North Dakota. These states also have stricter abortion laws, including a ban on telemedicine, where doctors prescribe medical abortions using video chat, a practice designed to make abortion more readily available to people living in rural areas.

“While teen pregnancy rates have been falling for years, [the 1997 study], which examines birthrates, suggests that teens in urban areas are far more vulnerable to abortion,” said Kay Sanford, communications manager for Care Net. “Often they are highly targeted by abortion clinic marketing campaigns and may have little support if they want to continue their pregnancy.”