13 Presidents Who Were Influenced by Billy Graham 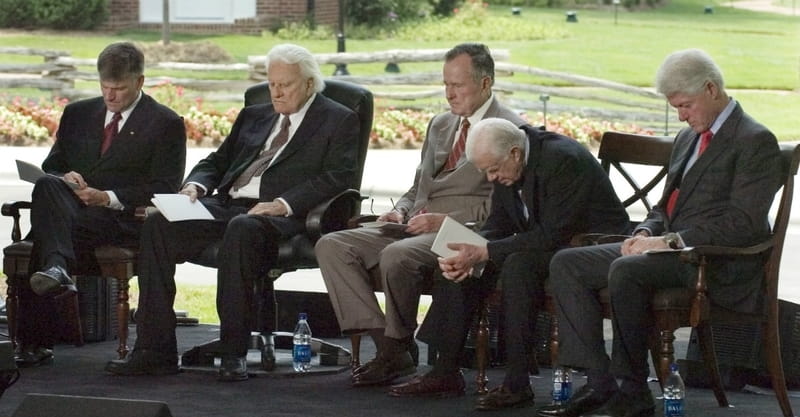 Billy Graham — who died Wednesday (Feb. 21) at age 99 — met with 13 American presidents, from Harry Truman to Donald Trump. Quotes from interviews, correspondence and other writings give a glimpse into the evangelist’s relationship with each successive occupant of the Oval Office. Each president with whom Graham met couldn't help but be impacted by his faith. These quotes allow us to see small glimpses of the truly monumental influence Rev. Graham had on these presidents as they sought to lead the nation.

NEXT: Billy Graham the Author: Here are 13 of His Best Books