5 Pastors' Responses to the NFL Protests 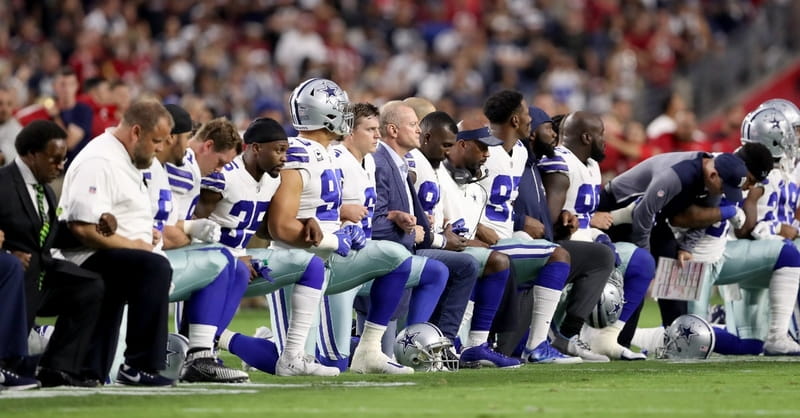 Many NFL players have been "taking a knee" during the National Anthem before football games. Most players say they are kneeling in solidarity with those who face injustice, racism, and discrimination, or are kneeling in acknowledgment of the divisions that exists within the country and in hopes that they can be breached. While many players are on board with these protests, several have come out against them. And the controversy has extended well beyond players, coaches, and fans. Even President Trump recently weighed in. Trump, like many Americans, called the protests unpatriotic and disrespectful to America. In the wake of this controversy, Christian pastors have also responded. Some have encouraged the act of kneeling during the National Anthem, while others have harshly criticized it. Here are five of their comments to hopefully give you a well-rounded understanding of the different perspectives on this issue so you can prayerfully make up your own mind.

Photo: Members of the Dallas Cowboys link arms and kneel before the National Anthem at the start of the NFL game against the Arizona Cardinals at the University of Phoenix Stadium on September 25, 2017 in Glendale, Arizona.

NEXT: 10 Things You Should Know about Eastern Orthodoxy