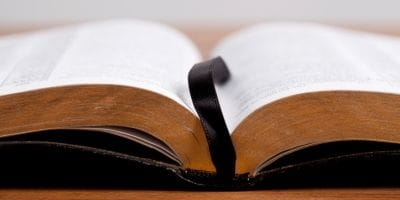 (WNS) -- After a year’s work, a World Evangelical Alliance (WEA) panel has released its report on the Muslim-context translation practices of Wycliffe Bible Translators and its partner SIL International. Wycliffe requested the audit of its policies after controversy erupted last year over the world’s premier translator supporting translations that altered the phrases “Son of God” and “God the Father” in Muslim contexts.

Western mission agencies have been concerned about literal translations of “God the Father” and “Son of God” in Muslim contexts because the terms imply God had sexual relations with Mary. One SIL-supported translation of Matthew in Turkey rendered “God the Father” something along the lines of “the great protector,” according to locals. (See "The battle for accurate Bible translation in Asia" from the Feb. 25, 2012 issue of WORLD Magazine.)

Both the Assemblies of God and the Presbyterian Church in America threatened to withdraw support from Wycliffe over the issue. Western mission agencies have also felt backlash from local believers in Muslim contexts who felt the agencies were changing the terms out of impatience over church growth. Frontiers, a missions agency that funds translation work, has also supported translations that alter the divine familial terms, but unlike Wycliffe it has not publicly submitted to an audit of its practices or policies. The WEA report may set the standard for Frontiers whether it officially adopts the recommendations or not.

The report never overtly rebukes Wycliffe/SIL, but it does draw clearer lines for the organizations’ translation practices. (Download a PDF of the report.)

Wycliffe’s earlier standards said translators should use a literal translation of the divine familial terms in a “majority” of cases, but left open the possibility of using an “alternative term with equivalent meaning” when the literal translation might “communicate wrong meaning.”

The new report is clearer. “The WEA Panel (hereafter referred to as ‘Panel’) recommends that when the words for ‘father’ and ‘son’ refer to God the Father and to the Son of God, these words always be translated with the most directly equivalent familial words within the given linguistic and cultural context of the recipients,” the report says.

The panel says where the familial words had a sexual implication, the translators should add qualifying adjectives to the familial word rather than change the word itself, using terms like “anointed Son of God” or “heavenly Father.” They also recommend that translators use “paratext” (footnotes or commentary) to explain the terms rather than alter the text itself.

The report notes “the centrality of the word for “son” in the biblical presentation of salvation,” and says the centrality “demands that translators render the word with the most direct equivalent possible.”

The report also recommends standards for local involvement in translations and urged Wycliffe to set up a process for handling controversies over the familial terms. The panel says Wycliffe should be transparent about the translation decisions it makes.

Wycliffe embraced the report, and its president, Bob Creson, said in a statement that the organization would move “to implement these recommendations as soon as possible.”

“Wycliffe USA is committed to maintaining the integrity of God’s Word through accurate, clear, and natural translation,” Creson said.

Wycliffe had suspended the controversial translations while the review moved forward. A Wycliffe spokesman said that all the suspended translations (and all future translations) would meet these new standards prior to publication.

Critics of Wycliffe’s translation practices were cautious about embracing the report until they had studied it more fully.

The 12-member audit panel was made up of theologians and translators from around the world, including two Arab Christians. Robert Cooley, the president emeritus of Gordon-Conwell Theological Seminary, headed up the panel. The panelists met twice last year, once in Toronto, Canada, and once in Istanbul, Turkey, to put the report together. Though the WEA “facilitated” the panel, it said the report was not necessarily its official view.