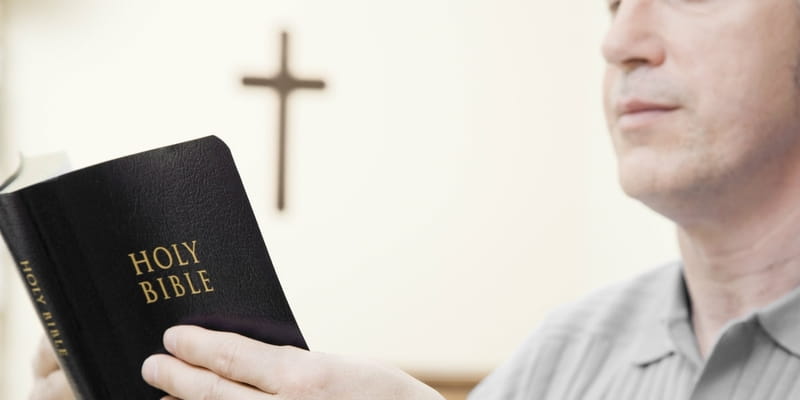 While America’s population is becoming less white and while gender diversity is transforming workplaces, white male leadership persists at most evangelical parachurch organizations — the thousands of nonprofit businesses that carry out various kinds of Christian ministry.

Only one of 33 major national organizations contacted for this article is led by a woman — Jane Overstreet at Development Associates International. And only three are led by nonwhite males.

“Some groups are talking about greater gender diversity, while others talk about racial diversity,” says Amy Reynolds, an associate professor of sociology at Wheaton College in Illinois, a leading evangelical institution that recently appointed its first female provost in its 156-year history. “The question is, what are they willing to do to get there?”

Some ministries responded to inquiries for this story, which was supported by a grant from the Fund for Investigative Journalism.

But more than half declined to answer repeated attempts to find out how many women and minorities they had on their executive teams and boards of directors. In such cases, other sources were used — including federal 990 forms and ministry materials and websites — to estimate female and minority leadership numbers.

“As a global organization, you will see leaders who represent many of the 26 countries in which we work to release children from poverty,” said Tim Glenn, spokesman for the $766 million organization.

Some evangelicals dismiss talk about diversity as “political correctness,” but others say it’s a theological imperative.

“We are committed to diversity not because it is a hot topic, but because God has created his children in diversity,” said Gregory Monaco, director of corporate affairs for Denver-based Youth for Christ.

“Our world is becoming smaller, and cultures and races are occupying the same spaces more and more,” said Monaco. “The church must find ways to unify and reconcile to honor God and reach the lost.”

Where are the women?

First-century Christians preached a radical gospel of ethnic and gender diversity. “There is neither Jew nor Gentile, neither slave nor free, nor is there male and female, for you are all one in Christ Jesus,” wrote the Apostle Paul in Galatians 3:28.

But Jesus chose 12 men as his disciples, and today many churches and parachurch organizations largely follow this male leadership model, causing the evangelical magazine Christianity Today to ask, “Where are the women leading evangelical organizations?” in a 2014 cover story.

The question remains, especially since women make up the majority of parachurch workers nationwide.

Overstreet has served as CEO of Development Associates International, a $5 million ministry that trains Christian leaders overseas, for 20 years.

“I believe God gave leadership gifts to all his people, no matter the gender, color or ethnicity,” Overstreet says. “I think he wants those gifts used freely and effectively within and outside the body of Christ. When we limit that, we are bad stewards.”

Focus on the Family is one of the few ministries to clearly articulate a position on gender in the workplace, preferring that mothers stay at home.

“We’ve taken the position that it’s best for a mother — especially of young children — to remain at home if she can,” says spokesman Andrew Montgomery. But, he added, “we’ve always maintained that’s a decision that a couple needs to make themselves,” depending on their circumstances.

Focus has been more intentional about opening up more board and executive leadership positions to women since its board urged the ministry to create Employee Resource Inclusion Council.

Hundreds of evangelical organizations were surveyed for the 2014 Women in Leadership National Study. It found that nearly a quarter have no women on their boards and more than half have no women in top positions. These leadership figures are significantly lower than those in the corporate world and the broader charitable world.

“Many evangelical ministries are led by one dominant demographic, so women may seek careers in the broader nonprofit world where they can grow,” says Wheaton’s Reynolds, who worked on the Women in Leadership study.

If women face barriers to leadership, people of color can find it even more difficult to navigate evangelicalism’s complex racial history.

Only three of the 33 ministries contacted for this article are led by nonwhites:

The diversity struggles many parachurch ministries face reflect divisions in churches dating back to the Civil War, as two evangelical denominations showed this summer.

In June, the Southern Baptist Convention passed a resolution calling for Christians to quit using the Confederate flag — the latest act of reconciliation from the nation’s largest Protestant denomination, which was founded in 1845 by pro-slavery Southern Christians.

The Presbyterian Church in America confessed a litany of past sins: segregating and excluding worshippers by race; teaching that the Bible permits racial segregation and discourages interracial marriage; and participating in white supremacist organizations.

Kim Robinson is an African-American man who serves as vice president of the Southern Baptist Convention’s North American Mission Board and Focus on the Family board member since 2007.

“I’m pleased with the spirit of racial unity in the Southern Baptist Convention today,” says Robinson. “Only the Spirit of God could take us from less than admirable beginnings to where we are today.”

But Vernard Gant, director of Urban School Services for the Association of Christian Schools International, is less upbeat.

“The sin of racism is America’s original sin,” says Gant, “but racism is not just an individual problem, it’s a systemic problem. And those who are the keepers of the system, like the Pharisees of Jesus’ day, see absolutely nothing wrong with their adherence to this system.”

Gant, who at a previous ministry sat through a leadership retreat extolling the godly character of pro-slavery Confederate war heroes, remains perplexed by his white brothers and sisters, including those supporting Donald Trump, the Republican presidential candidate who has routinely exploited racial rhetoric.

“Campaigns have a tendency to really bring out some of our worst attitudes,” says Gant.

The youth ministry InterVarsity and World Vision, the $1 billion relief and development agency, have embraced leadership diversity more aggressively than other evangelical groups. Nearly 60 percent of their executive and leadership positions are held by women and/or people of color.

Paula Fuller, vice president of IVCF’s multiethnic ministries for the past 11 years, says the ministry hired African-American staff members in the 1950s and organized interracial campus meetings in the 1960s even though much of the country remained racially segregated.

“Diversity has been a significant part of our organizational DNA for many years,” says Fuller. “We want to reach every corner of every college campus, and to do that you have to embrace the ethnic diversities of campuses and have good systems and structures in place to recruit, retain and promote people of every ethnicity and culture.”

While women are making progress in many ministries, people of color are less likely to ascend the parachurch leadership ladder. Addressing these inequities does not seem to be a priority.

As writer Edward Gilbreath said, “Racial reconciliation among evangelicals is one of those slippery topics that come and go based on which national leader is currently jazzed about it.”

While most Christians embrace the concept of a colorblind afterlife, racial differences remain a cause of division in this life. But some ministries are trying to achieve a bit of that heavenly unity now.

“The issue of gender and ethnicity on our leadership teams is one of our priorities,” says Steve Sellers, vice president of Cru, formerly Campus Crusade for Christ International. “It is part of our overall desire for biblical oneness.

“Jesus prayed that ‘they may all be one.’ One element of our pursuit of oneness is to create a safe and compelling missionary home for all people. This includes a diverse leadership structure at all levels of the organization.”

Research by Steve Rabey, with support from the Fund for Investigative Journalism