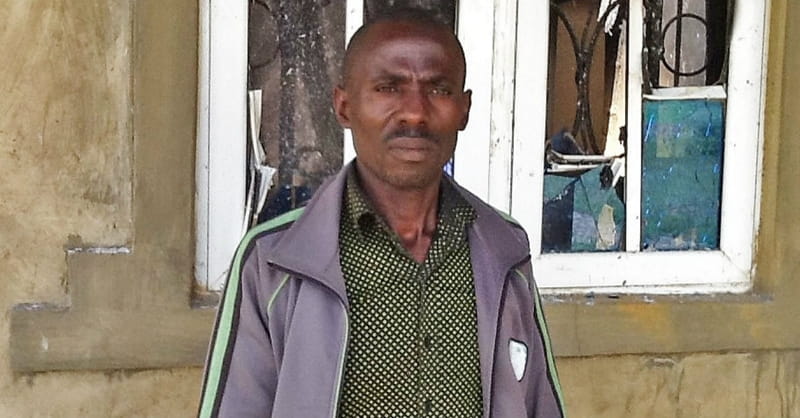 The church elder in Plateau state, Nigeria saw the Muslim Fulani herdsmen storm into his village at 11 p.m.the night of Oct. 13, shooting in all directions.

“Every one of us ran to save his life,” Dauda Samuel Kadiya, 38, of the Evangelical Church Winning All (ECWA) in Zanwrua, told Morning Star News. “I was shot at, but the bullet only bruised my hand. You can see the wound yourself.”

The assailants destroyed eight houses in the attack, one of several assaults in Plateau state that went on uninterrupted from Oct. 8 to Oct. 17, killing 48 Christians, survivors said.

“All Christians in villages around here have been displaced, and worship buildings have been abandoned,” Kadiya said. “Some of the church buildings were destroyed by the attackers.”

In Zanwrua village, 62-year-old Agado Aura recounted how he and his wife narrowly escaped death.

“Myself and my wife were still sitting in front of my house chatting at about 11 p.m. in front of my house when the attackers came,” Aura, a member of St. Peter’s Catholic Church in Tafigana but a resident of Zanwrua, told Morning Star News. “We could not go to bed early, because the previous night a village near ours, Tafigana, was attacked by the herdsmen. Suddenly, we heard gunshots from the eastern part of the village. We ran into some of the nearby rocks close to my house and hid there.”

The armed herdsmen came to his house and started shooting, he said.

Moses Tsohu, a Zanwrua village leader and ECWA member, lamented that the attacks were carried out in spite of the presence of soldiers stationed at check points on the Jos-Miango Highway.

“In the past few weeks, our people have been attacked by Muslim Fulani herdsmen who are collaborating with armed terrorists to invade our communities,” Tsohu told Morning Star News. “These attacks are being carried out daily. Every blessed day we witness the invasion, killing of our people, and the destruction of their houses.”

The attacks on 13 Christian communities in the north-central state also wounded nine people and ruined 249 homes, survivors said. Herdsmen began the assaults on Oct. 8 on Nkie Dongwro village, where one Christian was killed and another wounded.

Hundreds of Christians who have been displaced were taking refuge in Miango and in Jos, Tsonhu said.

They said nine Christians were injured in two villages, five in Taegbe and four in Nkyie Doghwro. In addition, the herdsmen kidnapped one Christian from Rotsu village.

“We have continually woken up to news of attacks each day leaving tears, sorrow, despair and apprehension,” Sunday Abdu, president of the Community Development Association of the predominantly Christian Irigwe ethnic group, said at a press conference in Abuja.

Abdu said that there was a prior attack as well: after Sept. 8 attacks on Ancha that killed at least 20 Christians, on Sept. 9 two persons were killed, including a soldier, in Hukke. The Oct. 8 assault began in Nkie Dongwro, killing one Christian and wounding another, he said.

“It is painful to note that all these happened despite useful, timely information provided to security personnel, regarding movement and mode of operation of the assailants,” he said.