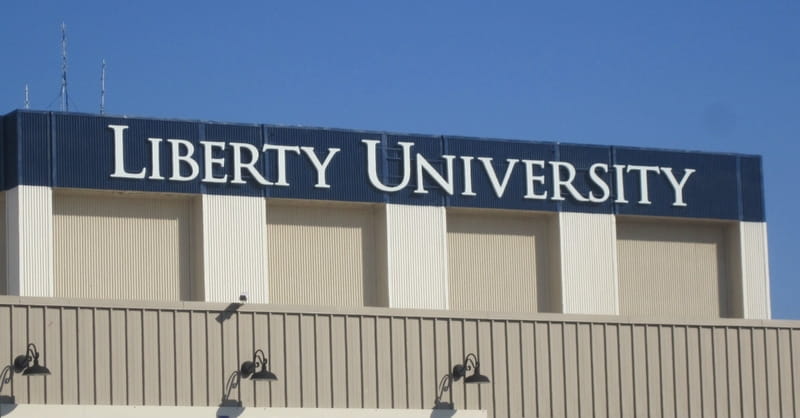 Nearly a month after Mark DeMoss resigned as chairman of Liberty University’s executive committee and from the school’s board of trustees, DeMoss and school leaders have offered more details on the circumstances that led to the separation. DeMoss’ resignation came less than two months after he publicly expressed his disapproval of Liberty president Jerry Falwell Jr.’s endorsement of Republican presidential candidate Donald Trump.

On the eve of the Liberty board of trustees meeting in April, members of the executive committee asked DeMoss, a Liberty graduate and former chief of staff for Liberty founder Jerry Falwell Sr., to resign as chair of the committee at the evangelical university in Lynchburg, Va. DeMoss complied, and a few days later he decided to resign also from the board of trustees, where he had served for some 25 years.

DeMoss recently spoke with me about the split and the meetings that led to the formal end of his 36-year association with the school.

The turmoil began in late January when Falwell Jr. endorsed Trump days after the billionaire businessman spoke at a Liberty convocation. (Several other presidential candidates, including Democratic hopeful Sen. Bernie Sanders, I-Vt., also have spoken at the school.)

Falwell said his endorsement of Trump was personal and not connected to his role as the university’s president. Still, some influential Liberty alumni expressed dismay over Falwell’s public support for Trump and worried it would reflect poorly on the school.

DeMoss, who also was concerned, said he told Falwell he disagreed with the endorsement. As Falwell appeared at campaign events with Trump, gave media interviews, and recorded a robocall for the candidate, DeMoss told The Washington Post, “Donald Trump is the only candidate who has dealt almost exclusively in the politics of personal insult.”

In the interview published on March 1, the day of the Super Tuesday presidential primaries, DeMoss added, “The bullying tactics of personal insult have no defense—and certainly not for anyone who claims to be a follower of Christ. That’s what’s disturbing to so many people. It’s not Christ-like behavior that Liberty has spent 40 years promoting with its students.”

In response, Falwell told the Post that DeMoss’ comments disappointed him.

DeMoss told me he later apologized to Falwell for disappointing him but not for criticizing his endorsement. DeMoss said he also agreed to apologize to the full board if the article had created an awkward situation for them.

An hour later, according to DeMoss, the school’s general counsel (who was in the meeting) told him the committee wanted him to step down as chairman and to tell the full board the next morning he was resigning because he wanted a change of committee assignments. DeMoss said he told the attorney he was open to resigning “but I can’t give the reason you’re asking me to give because it’s not honest.”

In an email statement, a Liberty spokesman responded, saying, “No one was requesting that Mark DeMoss lie. The graceful exit suggested by the executive committee through counsel was that Mr. DeMoss simply report to the board that he desired to continue his service on the board on another committee. The executive committee thought it better for Mr. DeMoss to not have to say he was invited to resign or that he reached his decision about moving to a different committee because he had lost the support of the committee he chaired.”

The next morning, DeMoss said he told the board he was resigning from the committee because the members wanted him to step down, and he apologized if the Post article had put them in a difficult position. (He said he also apologized for telling the Post a Liberty graduate had returned his diploma to DeMoss over Falwell’s Trump endorsement. DeMoss said since the graduate reached out to him in his capacity as a board member, he shouldn’t have made the exchange public.) Three days later, DeMoss resigned from the board as well.

I asked a Liberty official why board members disapproved of DeMoss publicly disagreeing with Falwell over a public endorsement of Trump. A spokesman said DeMoss’ comments to the Post “went well beyond disagreeing about Donald Trump as the best candidate for president. Mark DeMoss publicly communicated his concerns about Liberty University as chairman of the board’s executive committee. He shared a negative evaluation of Jerry Falwell, not as an individual, but concerning his presidential stewardship … of Liberty University.”

DeMoss said he was surprised at the reaction, given Falwell’s vigorous public support for Trump: “I didn’t know why that would be OK, but it would not be OK for a board member to do one interview expressing disagreement with the endorsement.”

While Falwell emphasizes his support for Trump is personal and not Liberty-related, Trump hasn’t made that distinction. On Feb. 25, Trump told supporters, “And as you know Liberty University—do we love Liberty University? Huh? Jerry Falwell Jr., is an unbelievable guy and he has been with us from the beginning, and I want to thank Jerry and his family. It’s been amazing, the relationship.”

Back in Lynchburg, many Liberty students apparently don’t relish Trump. The results of the GOP primary in Virginia showed Trump came in fourth in Liberty’s voting precinct—with 8 percent of the vote.