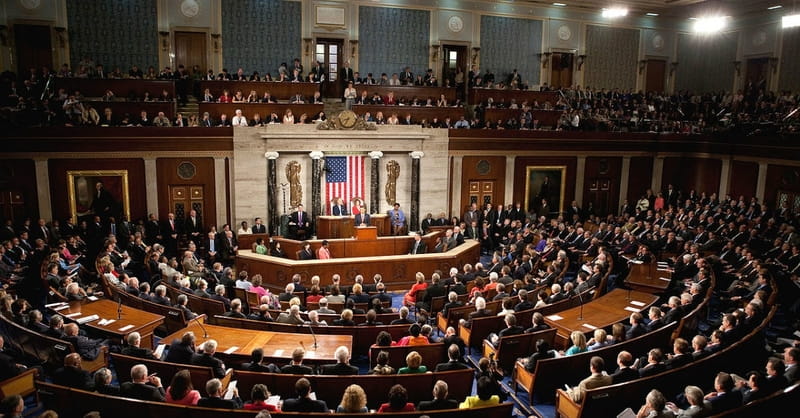 As one day after another ticked off the October calendar, one Republican after another passed on the chance to replace John Boehner as speaker of the House. Don’t look at House Majority Leader Kevin McCarthy. Former vice presidential candidate Paul Ryan? Not interested. Any of the conservative caucus that pushed out Boehner? Nope.

By any measure, the House Republican Conference is undergoing a revolution, but to what end is still the subject of heated debate on Capitol Hill. After McCarthy left two stunned challengers in the speaker’s race, no one was immediately ready to join them—a shocking lack of interest in becoming the nation’s most powerful Republican and second in line to the presidency.

Standing in any candidate’s path to 218 votes is the House Freedom Caucus, about 40 conservatives who helped oust Boehner and thwarted McCarthy’s rise. Many have characterized earning their support as a matter of offering carrots—such as defunding Planned Parenthood or closing the Export-Import Bank—but that misses the core reason dozens of lawmakers coalesced around little-known Florida Rep. Daniel Webster: They want to change fundamentally the way the House operates.

“I’ve said all along I want to see a principle-based, member-driven Congress,” Webster, 66, told a throng of reporters pressing in to hear his reaction to McCarthy’s withdrawal. “Right now we don’t use our rules—we circumvent them every day, and that’s the problem.”

When a reporter tried to bait an exhausted Webster into committing to block the Export-Import Bank—a government lending institution to big business that conservatives despise—the gray-headed grandfather of 11 stayed on message: “You may have misunderstood my interpretation of a speaker: A speaker empowers the members to be successful. … [I]t’s not my job to block it.”

Controversial Benghazi comments and rumors of personal problems contributed to McCarthy’s fall, but both explanations fail to unpack how a non-charismatic, rank-and-file member with a relatively moderate voting record snagged support from the party’s most far right members (who reiterated their backing after McCarthy’s exit). Webster’s message tells the story.

Webster, a former speaker of the Florida House, wants to return the U.S. House to so-called regular order, working through committees to take up the most important legislation first. He says voting early in the fiscal year on the 12 appropriations bills necessary to fund the government would avoid shutdown threats and allow Congress to meet its statutory deadline for the first time since 1994. He would follow House rules and cancel the August recess if lawmakers failed to do their jobs.

Webster told me no one in the party has disagreed with his message of “pushing down the pyramid of power” that tightly controls most House outcomes. Conservatives argue Boehner created his own nightmares after he failed to follow through on his 2010 pledge to return the House to regular order. He often dropped major legislation on members only hours before they had to vote on it. When power is highly centralized, every vote becomes a zero sum game between warring factions of the party.

“You have a few people at the top dictating to all the people below,” said Rep. Justin Amash, R-Mich., an outspoken member of the House Freedom Caucus. “They attempt to navigate the various concerns of various groups instead of just allowing us to vote.”

Although Webster remains a long shot to become speaker, parts of his platform enjoy considerably better odds. In the wake of McCarthy’s withdrawal, emboldened conservatives said they want changes in writing or even implemented before the new speaker takes office.

“I have said many times the way to unite us is to rally behind process and rules that are consistent and fair,” Amash said. “We need to make these changes before we have a [new] speaker.”

Structural changes are unlikely to come from Boehner’s new choice for speaker, Paul Ryan, who has good reason to pause before giving up his chairmanship of the powerful House Ways and Means Committee. Most conservatives would likely oppose him because he’s remained in lockstep with GOP leadership, but also because of several problematic positions. Ryan passionately advocated for the 2008 financial sector bailout, and he’s a long-time supporter of the Employment Non-Discrimination Act (ENDA), a top priority of the LGBT community.

In 2010 Ryan co-authored Young Guns, a book proposing a nuanced version of conservatism—a brand that helped Republicans build a historic majority but has fallen out of favor in the last 18 months. Ryan’s two co-authors, Eric Cantor and McCarthy, both seemed destined for the speakership, but Cantor lost his 2014 primary to an unknown college professor, and McCarthy’s future is now uncertain. Ryan knows that a miscalculation could critically wound his political aspirations at age 45.

Rep. Dave Brat, R-Va., the man who unseated Cantor, has released a 10-point document detailing what he expects from Boehner’s successor, including changing conference rules and opening the legislative process to amendments. Returning to regular order could hurt conservatives in the short run, since they would no longer be able to scuttle special rules passed to consider each bill, but Brat and fellow Freedom Caucus members signaled they’re most interested in fair fights.

“It’s kind of ironic,” Brat said in an MSNBC interview. “Thirty to 40 principled guys are moving toward a process that would actually hurt us in a vote sense, but we’re doing it for the good of the conference and the good of the country.”

For now, Boehner plans to stay until the House votes on his replacement. It’s unclear when that will happen, but in the meantime Webster continues to tout the same reforms he implemented in Florida.

“The message stays the same, and I think the message is selling,” he said. “A power-based system cannot coexist with a principle-based system.”