For Many, Holy Days Have Become Family 'Holidays' 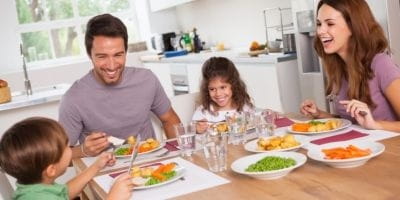 For Many, Holy Days Have Become Family 'Holidays'

(RNS) -- Emily Hilliard will cook a festive brunch with friends on Easter Sunday. But none in her Washington, D.C., social circle of foodies, folklorists and fiddlers will go to church that day.

In Denver, Ambra Vibran will enjoy an Italian feast with cousins that Sunday. But she says, "My spiritual life is in hiking, skiing, kayaking and enjoying God's creation."

Eleanor Drey plans a Jewish traditional meal where family and friends will talk about freedom. But it wasn't on Passover. Folks are tied up with their kids' spring vacations. They'll gather at Drey's San Francisco home in April instead.

This week, most Americans will celebrate essential stories of Christianity and Judaism: God freeing the enslaved is a key Passover theme. Easter's core is Jesus' resurrection, offering a doorway to salvation.

But many will celebrate with a twist.

While 73 percent of Americans call themselves Christian, just 41 percent say they plan to attend Easter worship services, according to a March 13 survey of 1,060 U.S. adults by LifeWay Research, a Nashville, Tenn.-based Christian research agency. Passover is a home-centered celebration, but it's not known how many Jews plan to recite the prayers and serve symbolic foods at their Seder meal.

In the gap between faith and practice are millions of people who will delight in Easter and Passover as "holidays," not "holy days."

They're just as Christian, just as Jewish, in their own eyes as people who follow traditional scripts -- church on Sunday before carving the ham or the Seder rituals before slurping the matzo ball soup.

They've simply redefined their spirituality to center on the people at the table -- shared time, shared values with their nearest and dearest.

"Relationships have replaced religion for many Millennials," says Esther Fleece, who spent three years specializing in outreach to young adult Christians for the evangelical group Focus on the Family.

Fleece, now a literary agent in Orange, Calif., is a devoted churchgoer herself. This year, as always, she says, "I'll invite my Creaster (Christmas and Easter) friends to come with me Easter Sunday."

Still, Fleece says, many won't come. They don't think they need it.

"Religion gives people a basis for morality, for hope and a greater purpose. Millennials form their friendship groups around similar interests. They reinforce and encourage each other," Fleece says.

Fleece's friend Vibran, 30, takes the view that "religion has evolved over the years. I feel like it's whatever you want it to be. I believe the Catholic moral values, but I don't feel I have to go to church to consider myself a believer in that."

Hilliard, 29, might find herself singing old-time hymns on Easter. However, the singing is not about theology. Hymns offer "a connection to tradition and history and to feeling part of something larger than yourself," says Hilliard, who plays the fiddle.

The meal that Hilliard's friends will cook together reflects their support for food from local growers and sustainable farm culture. At the table, "You are beholden to each other. You do talk about values and ways of living."

This cultural religion view is not confined to the young. When Gallup tracked people's happiness every day for a year in 2008, the peak of the first five months was Easter Sunday, when people logged the most hours with those who make them happy.

Since tension is not conducive to happiness, many cut one flashpoint -- God -- out of the holiday conversation. Easter becomes less about resurrection and salvation from sin, more about a universal longing for rebirth and the joy of spring. Passover shifts from liberation at God's hand to human responsibility toward each other.

The shift may also reflect that so many at the holiday table are from different religions or one of the 20 percent of Americans who claim no religion at all.

The numbers of unbelievers are nearly as high -- if not higher -- around the world. Even Pope Francis acknowledged -- and blessed -- the disconnected in his first public homilies. He spoke of "all men and women who, although not claiming to belong to any religious tradition, still feel themselves to be in search of truth, goodness and beauty, God's truth, goodness and beauty."

About 27 percent of Americans are in interfaith marriages or relationships, according to the 2007 Religious Landscape Survey by the Pew Forum on Religion & Public Life, the most recent data available.

InterfaithFamily, an organization that promotes Jewish choices for interfaith couples, found in a survey of 327 respondents that while 58 percent say they will participate in Easter celebrations, just 5 percent will tell the Easter story. And while 96 percent say they'll participate in Passover celebrations, only 66 percent expect to tell the Passover story -- the central event of a traditional Passover Seder meal.

Edmund Case, CEO of InterfaithFamily, says the survey has reached similar numbers for nine consecutive years, confirming that families, particularly those raising their children as Jewish, "by large measure see their Easter celebrations as secular in nature and not confusing to their children's Jewish identity."

Those invited to Drey's gathering of 16, including many who are not Jewish, all have homework assignments before the belated Passover dinner. "The plan this year is to talk about our most important values and what we think are the driving forces in our lives," Drey says.

"It's important to be with people and to think in a structured way about how important it is to have freedom and food to eat and privileges others don't share and consider our responsibilities to them in our daily lives," she says.

Rob Bell, once a nationally known pastor on the evangelical megachurch scene, no longer holds a pulpit. Now, he's working on TV pilots with a spiritual side and touring to promote his new book, What We Talk About When We Talk About God. It's addressed, he says, "to all those people who feel reverence humming in them but they're afraid to call it God because of all the baggage attached."

Relationships may be replacing religion for some people because, Bell says, "It is our humanity that we have in common. Religion divided us and cut us off from each other. Lots of people have realized that if the religious machine has value, it has to talk about what it means to be human.

"That's what makes holiday meals together at a table so important and profound. It's a way of encountering God," Bell says.