Does God Give a Holy Hoot about the Super Bowl? 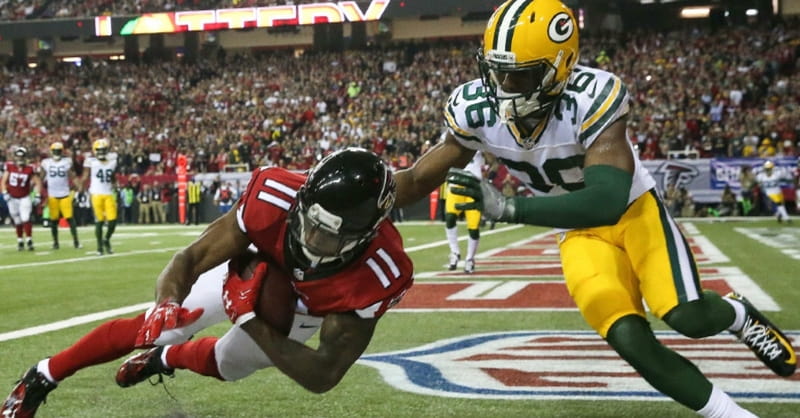 Does God Give a Holy Hoot about the Super Bowl?

Does God have his eye on the gridiron? Will he cheer for either the Atlanta Falcons or the New England Patriots in the Super Bowl on Feb. 5?

One-quarter (25 percent) of all Americans believe he does and he will, according to a new survey released today (Jan. 30) by the Public Religion Research Institute.

That’s slightly less than the number — 28 percent — who believe the Almighty had “a major role” in placing Donald Trump in the White House, the same study shows. Another 13 percent say God played a “minor role” — a backup quarterback, if you will — in the results of the 2016 presidential election.

“For people who believe this, it is deeply felt that God is alive in the world and plays a role in all aspects of human affairs, even sports” and elections, said Dan Cox, director of research at PRRI. “If you are an enthusiastic fan, why would God be absent from the pitch?”

The current findings closely mirror the results of previous PRRI surveys with some of the same questions. In 2013, 27 percent of Americans said they believed God was involved in sports outcomes, and in 2015 that number was 26 percent.

Not everyone thinks God is a sports fan. Almost three-quarters of Americans — 73 percent — say God doesn’t follow sports, and many of these beliefs break down along denominational lines:

But the study found something different when it asked about the role God plays in the career of faithful athletes — people like tennis champions Venus and Serena Williams, who are Jehovah’s Witnesses, or Olympic champion Simone Biles, a Catholic, or Seattle Seahawks quarterback and evangelical Christian Russell Wilson, who once said he and girlfriend Ciara, the singer, were dating “Jesus’ way” — abstaining from premarital sex.

Asked whether God rewards them with “good health and success,” almost half of respondents — 49 percent — agreed. Another 47 percent disagreed.

Again, the responses broke down along denominational lines. About two-thirds of nonwhite Protestants and white evangelicals say they believe God rewards faithful athletes (65 percent and 62 percent respectively), while almost half of Catholics (48 percent) agreed followed by 29 percent of nones.

These numbers are much higher than those who believe God directs the outcomes of games. Why?

“If people believe in a personal relationship with God it is not such a big step for them to say God rewards people who are faithful,” Cox said. “For athletes, the rewards would be good health and success.

But Lee DelleMonache, director of the Institute of Sport, Spirituality and Character Development at Neumann University, cautions against a downside of such a belief.

“Athletes are not ‘handed’  losses, injuries or illnesses,” she said in an email. “In fact, it saddens me that there are people who feel loss, injury, or illness is a punishment or the result of not having a strong faith life.”

And remember back in 2012 when people got all worked up about quarterback Tim Tebow dropping to one knee and praying in the end zone? The survey found that nearly half of all American approve of athletes making public displays of religion, while only four percent said they disapproved. The rest — 47 percent — said they don’t much care.

There’s a flip side to believing God gives a holy hoot about sports teams. The study also found that 20 percent of sports fans believe their teams have been “cursed” at some point — that’s down from 25 percent when researchers asked the question in early 2016.

Could that drop have to do with the fact that the Chicago Cubs broke a 108-year drought after the “Curse of the Billy Goat” with their rousing win over the Cleveland Indians at the 2016 World Series?

It’s fun to think about, Cox said, but “all we can do is speculate.”