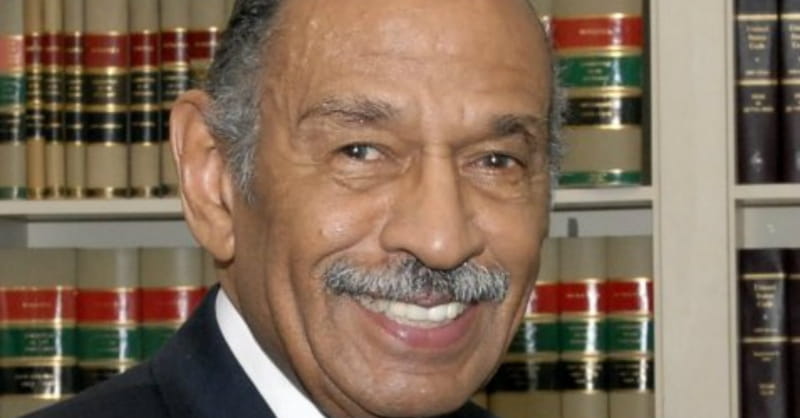 The sexual misconduct accusations against Rep. John Conyers, D-Mich., revealed a broken system on Capitol Hill that neglects victims and keeps taxpayers in the dark.

BuzzFeed News reported last week that a woman threatened to press charges against Conyers for wrongful termination after she refused his sexual advances. According to documents BuzzFeed obtained, the woman went to the U.S. Congress Office of Compliance, the closest thing Congress has to a human resources department, but never completed the complaint process. Conyers’ office then offered her a settlement of $27,111.75 from its own budget. The office rehired her as a temporary employee but directed her not to come into the office or do any work. She received the money over the course of three months and then the office removed her from the payroll.

Because of the obscure process, leaders in Congress didn’t even know the woman filed a complaint or that there was a settlement.

Conyers confirmed a settlement occurred but denied all accusations of sexual harassment.

“My office resolved the allegations—with an express denial of liability—in order to save all involved from the rigors of protracted litigation. That should not be lost in the narrative,” Conyers said in a statement, adding that he plans to fully cooperate with any investigation into his conduct.

Shortly after BuzzFeed published its report, Judicial Watch, a government watchdog group, announced it filed a Freedom of Information Act request with the U.S. Treasury Department for information on any payments made pursuant to a complaint settlement mediated by the Office of Compliance.

“Conyers has a long track record of ethical questions surrounding him, so this latest scandal is unfortunately consistent with his past,” Chris Farrell, Judicial Watch’s director of investigations and research, told me.

Farrell explained that Judicial Watch has been in contact with former Conyers employees for years, so the new report did not surprise him. He said Congress needs a new system to alert taxpayers when these settlements occur while respecting the privacy of the victims involved: “I’m quite confident that if there was a sincere interest in providing some transparency and some accountability that they would find a way to do it.”

As more stories of sexual harassment on Capitol Hill become public, the Office of Compliance has released documents showing settlement payments for employment abuse claims of $17.2 million over the last 20 years. The details of those settlements are confidential. Staff members who would like to file a complaint often don’t understand the arcane process, and those who do are often required to sign nondisclosure agreements.

“Continued secrecy will hinder public understanding of how our representatives conduct themselves in office,” Alex Howard, deputy director of the Sunlight Foundation, a government watchdog group, told Reason.com. “Ethical standards that include training, oversight, and public disclosure of all past settlements online as open data are in the public interest, and we hope that Congress does so.”

Conyers, 88, is the longest-serving member of Congress and holds a top post on the House Judiciary Committee. His Democratic colleagues said they welcomed a House Ethics Committee review, but investigating Conyers won’t change the system. Congress needs to figure out how to protect its employees and ensure taxpayer money is not used to cover up abuse.