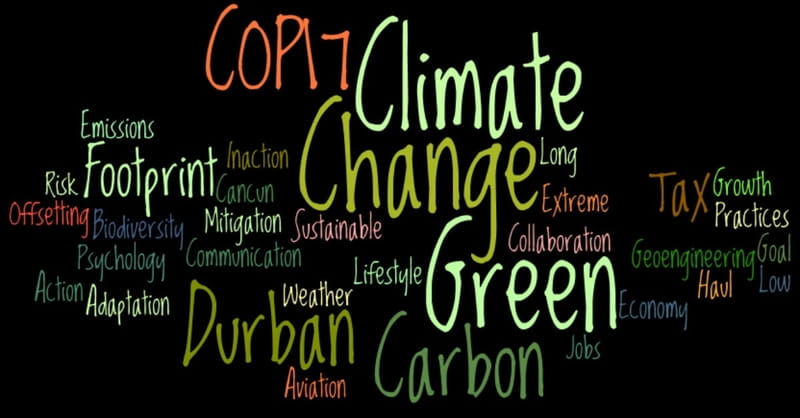 Although the pact drew criticism from multiple sides, President Barack Obama—who has frequently used cataclysmic language to warn of impending climate disaster—joined world leaders in hailing the pact as a major accomplishment.

In recent years, the claim that 97 percent of all scientists agree on climate change has dominated mainstream political thought, even as some estimate as many as 95 percent of climate model temperature predictions are too hot—illustrating clear bias. As it turns out, exactly what those 97 percent of scientists agree on remains the subject of much debate (see “The Climate Nonconsensus” in WORLD’s Dec. 26 issue).

Unsurprisingly, there is nothing like a 97 percent consensus on climate change among the 2016 presidential candidates. We’ve attempted to cut through the clouds to offer a brief snapshot of where each candidate stands. (Note: Candidates listed below are polling at least 2 percent nationally in their respective primaries.)

Bush caused a stir in July when he acknowledged he believes humans contribute to climate change and said the United States has an obligation to stop it. But the former Florida governor also warned against alarmists and draconian policies that would hurt the economy, such as the Environmental Protection Agency’s Clean Power Plan, which he called “irresponsible and ineffective.”

A recent Associated Press panel of scientists reviewed statements of all 2016 presidential candidates and found Bush scored best on the GOP side (spoiler alert: all three Democrats did much better). Proponents of mainstream climate change ideology would say that means Bush is the best Republican candidate on the issue, but many conservatives would argue that means Bush is the worst. Read on.

Carson told Sky News he would treat climate with “the significance it deserves,” if he is elected president, but the world-renowned neurosurgeon dismissed the new Paris deal as insignificant. He does not consider climate change a top issue or the cause of terrorism.

“To use climate change as an excuse not to develop our God-given resources makes little sense,” Carson said last year.

The New Jersey governor believes humans contribute to climate change but denounces “massive government intervention” in the form of regulations that will end up “destroying our economy.”

“The climate has been changing forever and it will always change and man will always contribute to it,” Christie told MSNBC last week. “It’s not a crisis.”

The AP’s recent panel ranked Clinton’s climate-related statements as the most accurate among all 2016 candidates (she scored 94 out of 100). The former secretary of state has unequivocally embraced mainstream climate ideology and the big government solutions that come with it, representing essentially a third term of Obama-era policies, if elected.

Clinton hailed the new Paris accord as a “historic step forward in meeting one of the greatest challenges of the 21st century—the global crisis of climate change.”

Cruz, whom the AP panel ranked last (or first, depending on your perspective), has sought to establish himself as the most outspoken skeptic of what he calls climate alarmism. He points to data showing no significant rise in atmospheric temperatures in the last 18 years as evidence humans are not contributing to global warming. (His opponents cite data showing 15 of those years were the hottest on record.)

The U.S. senator from Texas says advocates for government control have since the 1970s sought to use normal weather patterns to further their agenda—first threatening global cooling, then warming, and now climate change.

“Public policy should follow actual data, not political and partisan claims that run contrary to evidence,” Cruz said last week at a Senate subcommittee hearing examining the “inconvenient truths” in the climate change debate. In his opening statement, Cruz called out Secretary of State John Kerry for his 2009 prediction that the arctic would be ice-free by 2013, when evidence shows ice there is increasing.

Like Bush and Christie, Fiorina agrees humans are partly responsible for climate change but rejects the Obama administration’s heavy regulatory approach. The former Hewlett-Packard CEO has said solutions are too costly for the U.S. and may be pointless.

“The scientists that tell us climate change is real and caused by human activity also tell us that a single nation acting alone can make no difference at all,” Fiorina told Katie Couric. “The answer to this problem is innovation, not regulation. … The Chinese will do it if we don’t.”

Shortly before the Paris climate conference, Fiorina blasted Obama for saying the talks would serve as a “powerful rebuke” to ISIS.

The former Arkansas governor has repeatedly poked fun at climate alarmism and expressed doubts about the “settled science.” As proof, Huckabee has pointed to the same 1970s global cooling predictions as Cruz, earning him a four Pinocchio rating from Washington Post fact-checkers, who noted most 1970s-era science literature predicted warming.

Huckabee actually believes humans “probably” contribute to climate change but told Couric “a volcano in one blast will contribute more than a hundred years of human activity.”

Ohio’s governor has sought to tell the rest of the GOP field why it’s wrong on numerous issues, but generally climate change has not been one of them. While Kasich believes humans contribute to climate change and says he wants to protect the environment, he said he does not “want to destroy people’s jobs based on some theory that’s not proven.”

The Democratic also-ran has spent little time on the reality of climate change, human contributions, or the need for heavy-handed government intervention, but instead churned out policy proposals. O’Malley opposed the Keystone XL pipeline on environmental grounds and said the U.S. government has “a moral obligation to future generations to act immediately and aggressively.”

The U.S. senator from Kentucky sought to carve out a more nuanced position and voted for a Senate amendment acknowledging humans play a part in climate change. But Paul has rejected big government solutions, fighting against both legislation and Environmental Protection Agency regulations he called illegal.

Rubio has pushed back on claims that he’s a “climate skeptic,” choosing instead to focus on the shortcomings of proposed solutions. “We’re not going to make America a harder place to create jobs in order to pursue policies that will do absolutely nothing—nothing—to change our climate,” the U.S. senator from Florida said in the second GOP debate.

On the Paris climate conference, Rubio accused the administration of wasting taxpayer money, killing American jobs, and stunting economic growth. He compared the agreement to the Iran deal and predicted it will allow China and other developing nations to continue polluting for years.

Although the AP’s panel of scientists gave Sanders a slightly lower score than Clinton and O’Malley, it wasn’t for lack of effort: Panelists deducted points for exaggerating the effects of climate change when he warned the planet may become uninhabitable.

Trump says trying to limit the environmental effects of human activity isn’t worth handcuffing U.S. companies: “I am not a believer in climate change.”