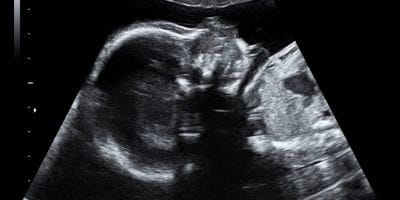 DANVILLE, Ky. (BP) -- Paul Ryan's pro-life stance was solidified when he saw an ultrasound of his daughter seven weeks after conception, and Joe Biden accepts the Catholic Church's position on abortion but refuses to impose it on others, the two candidates for vice president of the United States said in a debate Oct. 11.

Congressman Ryan, the Republican candidate, and Vice President Biden, the Democratic candidate, met for their only debate this year Thursday night at Centre College in Danville, Ky., with Martha Raddatz of ABC News as moderator.

For the first time in history, both vice presidential candidates are Catholic, leading Raddatz to ask the men to explain what role their religion has played in their personal views on abortion.

"It's not simply because of my Catholic faith," Ryan said. "That's a factor, of course, but it's also because of reason and science."

About 10 years ago, Ryan and his wife Janna went to the same hospital in Janesville, Wis., where he was born for a seven-week ultrasound of their first child, and they heard the heartbeat.

"A little baby was in the shape of a bean. And to this day, we have nicknamed our firstborn child Liza 'Bean.' Now I believe that life begins at conception," Ryan said, adding, "The policy of a Romney administration will be to oppose abortions with the exceptions for rape, incest and life of the mother."

Such a position would be identical to that of President George W. Bush and his father, the two most recent pro-life presidents.

Biden said his religion defines who he is, he has been a practicing Catholic his whole life, and his religion has particularly informed his social doctrine.

"Life begins at conception in the church's judgment," Biden said. "I accept it in my personal life, but I refuse to impose it on equally devout Christians and Muslims and Jews, and I just refuse to impose that on others...

"I do not believe that we have a right to tell other people that –- women, they can't control their body," Biden said. "It's a decision between them and their doctor."

Ryan delved into the topic of religious liberty, calling attention to the Obama administration "infringing on Catholic charities, Catholic churches, Catholic hospitals" by requiring employers, through insurance coverage, to provide birth control, including some forms that can cause chemical abortions.

"Our church should not have to sue our federal government to maintain their religious liberties," Ryan said.

A recent lawsuit by Houston Baptist University and East Texas Baptist University became the 33rd suit against the abortion/contraceptive mandate. Churches are exempt from the mandate, but religious organizations -- such as Christian colleges, hospitals and businesses -- are not.

When Biden said no religious institution under the Obama administration's health care plan has to provide contraceptives, Ryan responded, "Why would they keep suing you?"

"The vice president himself went to China and said that he sympathized and wouldn't second guess their one-child policy of forced abortions and sterilizations," Ryan said. "That, to me, is pretty extreme."

Biden appeared to highlight an inconsistency in the Romney-Ryan abortion position, saying Ryan in the past has "argued that in the case of rape or incest, it was still -- it would be a crime to engage in having an abortion. I just fundamentally disagree with my friend."

Ryan, in response, drew a distinction between principle and what can pass as policy.

"All I'm saying is, if you believe that life begins at conception, that, therefore, doesn't change the definition of life. That's a principle. The policy of a Romney administration is to oppose abortion with exceptions for rape, incest and life of the mother," Ryan said.

Raddatz wanted to know whether people who believe abortion should remain legal should worry if a Romney-Ryan ticket is elected.

Biden said the next president will have the opportunity to appoint one or two Supreme Court justices. "That's how close Roe v. Wade is" to surviving or being overturned, he said. Biden predicted that a President Romney would appoint a "far right" justice who would "outlaw abortion."

If Obama remains president, Biden said, "I guarantee you that will not happen."

Obama, Biden said, already has appointed two justices who will protect the right to have an abortion in the United States.

"We picked people who had an open mind. They did not come with an agenda," Biden said.

Kristina Arriaga, executive director of the Becket Fund for Religious Liberty, said Biden was "woefully inaccurate" in saying the administration is not forcing religious organizations to carry health care plans covering contraceptives and abortion-inducing drugs. Becket Fund is involved in some of the suits.

"The government is seeking to force all people of faith to set aside their religious principles and go with the government agenda," Arriaga said. "And, if these institutions refuse to comply, the government will fine them millions of dollars and possibly shut them down."

Also on Thursday, evangelist Billy Graham issued a statement saying it was an honor to host Romney in his home, "especially since I knew his late father, former Michigan Gov. George Romney, whom I considered a friend."

Graham said he has observed Mitt Romney's career in business and politics, and what impresses him more than his success "are his values and strong moral convictions."

"I appreciate his faithful commitment to his impressive family, particularly his wife Ann of 43 years and his five married sons," said Graham, who will turn 94 years old the day after the Nov. 6 election.

Graham prayed with Romney for his family and for the country, and the evangelist said the United States stands at a crossroads.

"I hope millions of Americans will join me in praying for our nation and to vote for candidates who will support the biblical definition of marriage, protect the sanctity of life and defend our religious freedoms," Graham said.

A Romney spokesman said Graham told the candidate: "I'll do all I can to help you. And you can quote me on that."

"It was an honor to meet and host Governor Romney in my home today, especially since I knew his late father former Michigan Governor George Romney, whom I considered a friend. I have followed Mitt Romney's career in business, the Olympic Games, as governor of Massachusetts and, of course, as a candidate for president of the United States.

"What impresses me even more than Governor Romney's successful career are his values and strong moral convictions. I appreciate his faithful commitment to his impressive family, particularly his wife Ann of 43 years and his five married sons. It was a privilege to pray with Governor Romney -- for his family and our country.

"I will turn 94 the day after the upcoming election, and I believe America is at a crossroads. I hope millions of Americans will join me in praying for our nation and to vote for candidates who will support the biblical definition of marriage, protect the sanctity of life and defend our religious freedoms."