Can A Divided Publishing House Stand? 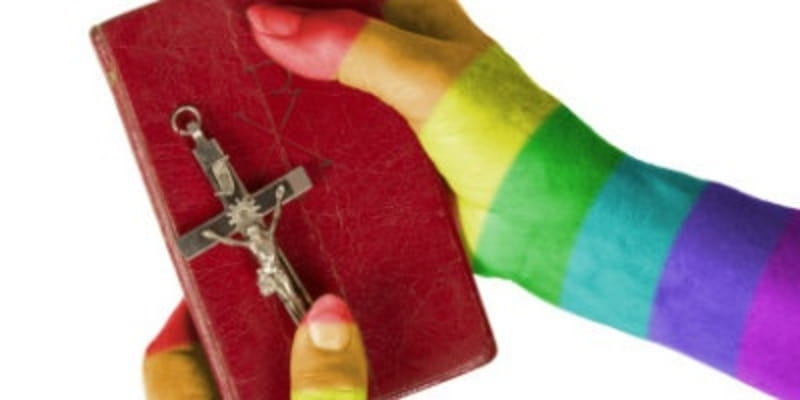 Can A Divided Publishing House Stand?

You can be gay and Christian: That’s the message of a book due out next week from a publishing group known until now for its evangelical worldview. But the book will emerge from a new imprint designed to allow the publishing house to avoid alienating its evangelical market.

Convergent Books, a publishing imprint under the same corporate umbrella and leadership as the evangelical WaterBrook Multnomah Publishing Group, is scheduled to release God and the Gay Christian by Matthew Vinesnext Tuesday. Vines, a 24-year-old former Harvard student, attempts to refute biblical passages that declare homosexuality a sin.

WaterBrook Multnomah, known for its best-selling Christian titles such as John Piper’s Desiring God and books by evangelical authors David Jeremiah and Kay Arthur, began as the printing arm of Multnomah Bible College in Portland, Ore. But mainstream secular publisher Penguin Random House now owns the imprint and groups it under the same corporate umbrella, Crown Publishing Group, as Convergent.

Stephen W. Cobb, who heads up both WaterBrook Multnomah and Convergent out of the publishing group’s Colorado Springs, Colo., offices, told me Tuesday that Convergent’s audience is “actively exploring and practicing faith and framing that faith in Christian terms, but they’re very open in their approach to issues that face the church today, and they really defy conventional labels.”

The most visible link between WaterBrook Multnomah and Convergent is Cobb himself, who said he makes the final decision to publish each imprint’s books, including God and the Gay Christian.

“Books will publish in the Convergent imprint that I could not have considered for publication prior to [the new imprint’s] creation, because [the books] would just not have been appropriate for the established audience of Multnomah or WaterBrook,” he said.

Cobb attempted to put an imaginary cushion between evangelical Christians—including some of WaterBrook Multnomah’s authors—and others who would give credence to Vines’ justification of homosexuality.

“Generally speaking, I wouldn’t expect a Multnomah reader to be drawn to a Convergent title,” he said, pointing out that books published under the WaterBrook Multnomah imprint, such as Out of a Far Country by Christopher and Angela Yuan, offer contrary “points of view” that defend a straightforward interpretation of the Bible’s teaching against homosexuality.

Though Cobb insisted he has no agenda to change the way the church views homosexuality, his attitude recasts a showdown between truth and heresy as a mere debate between equally plausible positions. World Vision U.S. president Richard Stearns made a similar argument when he announced a change in his company’s hiring policy to include employees in same-sex marriages. He insisted to Christianity Today that World Vision was not taking a stand for or against gay marriage, but rather striving for unity on a divisive issue. Evangelical leaders didn’t accept his position, and World Vision’s board of directors rescinded the change.

“Don’t say, ‘Hath God said?’ and then tell us you’re doing it to advance the gospel and the unity of the church,”wrote Russell Moore, president of the Ethics and Religious Liberty Commission of the Southern Baptist Convention, in response to World Vision’s change.

Cobb acknowledged that God and the Gay Christian contradicts the teachings of books he has published in the past. To his knowledge, he said, Vines’ book was the first published by the four imprints he oversees that arrives at the conclusion that a person can practice homosexuality with the acceptance and approval of God.

Will Vines’ book be the first of many from Convergent to challenge orthodox biblical beliefs? I asked Cobb where he would draw the line in publishing books that oppose evangelical beliefs.

“Matthew believes in the inerrancy and the divinity and the correctness of Scripture,” he responded. “He believes it is God’s inspired Word. I have seen things, proposals have crossed my desk that the author does not have that core belief. … I want to believe that every book that publishes on my watch, whichever imprint it publishes in, is biblically based and developed credibly.”