5 Faith Facts about Rand Paul: ‘My Faith has Never Been Easy for Me’ 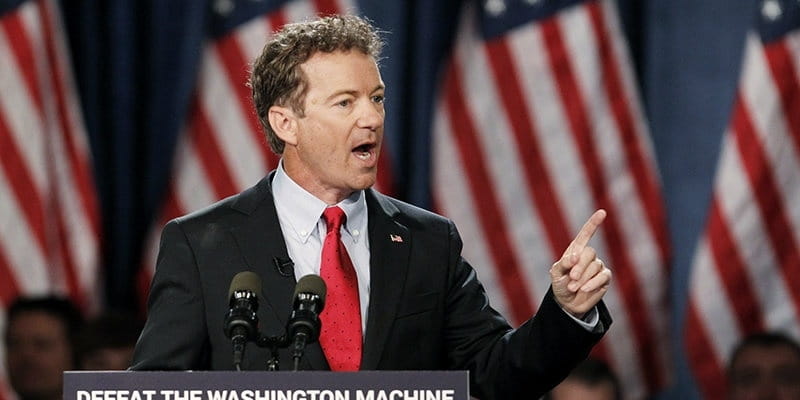 5 Faith Facts about Rand Paul: ‘My Faith has Never Been Easy for Me’

Sen. Randal Howard “Rand” Paul, the junior Republican from Kentucky, launched his 2016 presidential campaign on Tuesday (April 7) in Louisville. Here are five facts about the faith background of this libertarian conservative:

1. Paul, 52, was baptized an Episcopalian. It didn’t stick. He attended Baylor University, a Baptist school in Texas, then Duke University. He now attends a Presbyterian church. In this, he is like most Americans — all over the map in terms of his religious affiliation.

2. At Baylor, Paul joined the NoZe Brotherhood, a secret and controversial society that routinely skewers the school’s Baptist roots and other aspects of undergraduate life. His association with the group came back to bite him in his initial run for the Senate after GQ magazine ran a story claiming NoZe was dedicated to “blasphemy,” and Paul, while high as a kite, helped kidnap a coed and forced her to pray to “Aqua Buddha,” a  made-up water idol. Paul threatened to sue the magazine.

3. Paul’s wife Kelley has served as a deacon in the couple’s Presbyterian church. In the wake of the Aqua Buddha accusations, she told the press, “Rand and I are both Christians and our faith is very important to us.”

4. Paul has spoken at the Family Research Council’s Values Voter Summit — an annual gathering of social conservatives considered necessary to winning the evangelical vote. But his relationship with its members has been uneven, at least in terms of his faith. In 2012, he detailed his personal struggle with religion, saying, “My faith has never been easy for me, never been easy to talk about and never been without obstacles. I do not and cannot wear my religion on my sleeve. I am a Christian but not always a good one. I’m not completely free of doubts. I struggle to understand man’s inhumanity to man. I struggle to understand the horrible tragedies that war inflicts on our young men and women.” In February, Paul appeared on televangelist Marcus Lamb’s Daystar television program and said he had been “saved” more than once.

5. At a private prayer breakfast in Washington, D.C., in March, Paul told his audience, “The First Amendment says keep government out of religion. It doesn’t say keep religion out of government. So, you do have a role and a place here.” Paul also has a ranking of 100 percent from Americans United for the Separation of Church and State, a First Amendment-watchdog organization, meaning he is “perfect” in his opposition to keeping religion out of government.

Photo: U.S. Senator Rand Paul (R-KY) formally announces his candidacy for president during an event in Louisville, Kentucky, April 7, 2015. Earlier on Tuesday, Paul initially announced his candidacy in a post on his website.