4 Ways ISIS Grounds Its Actions in Religion, and Why It Should Matter 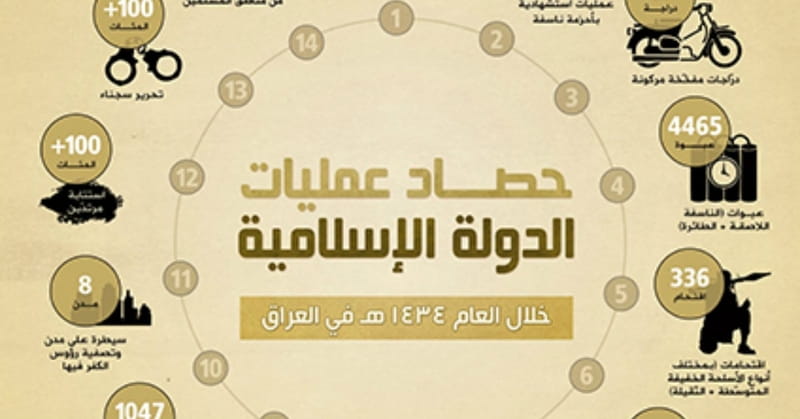 4 Ways ISIS Grounds Its Actions in Religion, and Why It Should Matter

The Islamic State group has claimed responsibility for the Paris attacks, labeling them the “first of the storm.” The terrorist group affirmed, in a statement issued in Arabic, French and English, that it chose the targets “accurately,” identifying Paris as the “capital of prostitution” and France, because of its participation in the war against ISIS, as the Crusader.

This tragedy took 129 lives so far, with more than 300 wounded. There are four critical observations on the ISIS-issued statement, and one general conclusion.

1. ISIS based its actions on a literal reading of the Quran.

The statement begins with the Islamic basmala: “In the Name of Allah, the Most Compassionate, and the Most Merciful.” This phrase is found in the beginning of all the chapters of the Quran, except one. ISIS applies a specific literal reading of the Quran. It views itself as truly Islamic and claims its actions are supported by the Quran. Contrary to common wisdom, ISIS maintains that the Paris attacks reflect the compassion and mercy of Allah through the destruction of French infidels. In fact, the statement begins and ends with the Quran: The attacks are a fulfilment of the Quran in which Allah himself expelled the unfaithful infidels or unbelievers of ahl al-kitab (Jews and Christians) from their homes, and a manifestation of the Quran, in which Allah himself will surely expel the abased from the city.

2. For ISIS followers, France is at war with Islam.

The statement portrays France (and its allies) as Crusaders, literally “the holders of the Cross,” portraying the war in purely religious terms. For ISIS, according to the issued statement, France did not wage war against the Islamic State, but rather against Islam itself. France is one of the leaders of “the Crusader campaign,” which cursed Muhammad, and struck “Muslims in the land of the Caliphate.”

3. The attacks were meant to imitate seventh-century raids led by the Prophet Muhammad.

The statement identified the Paris attacks using the Arabic term “ghazwa.” This term is primarily used in the biography of Muhammad to refer to his raids and expeditions against the non-Muslims in the Arabian Peninsula in the seventh century. By using this unique Arabic term, ISIS signifies its claimed noble religious cause, imitating the military campaigns in the earliest Islamic period. This use of sacred terms addresses devout Muslims who know the history and the life of their prophet in its original text. They identified the attacks as a successful ghazwa, emphasizing that Allah is the one who “facilitated the reasons for its success.”

4. The terrorists viewed themselves as martyrs for Islam.

The Islamic State’s statement refers to the attackers as martyrs for the sake of Islam, identifying them as young men who “divorced the worldly life” to die in the path of Allah and for his cause. They died, the statement said, to support the cause of the true religion and in fulfillment of the charges of the Prophet Muhammad to humiliate enemies, rubbing “their noses in the dusty ground.”

One cannot erase the effects of such horrible attacks executed under the banner of religion. To claim that all Muslims are terrorists is far from correct, but to deny or underestimate the significant power and influence of some Islamic texts and specific interpretations of them is not prudent, either.

To suggest that this is the true Islam and that these attacks reveal the true face of Islam would also be wrong, as Islam is far from monolithic and there are plenty of Muslims who sincerely condemn such atrocities.

To adopt a politically correct discourse and suggest these attacks had nothing to do with religion and that Islam is the religion of peace (as if other religions are not?) would be also naive and inaccurate.

Religious texts in the hands of religious exegetes can be lethal. One can avoid or ignore the reality of the Islamic reasoning and interpretation of ISIS, but we all will be affected by such avoidance and ignorance.

In grieving and mourning those killed in the Paris attacks, Christians must not let hatred against Muslims dwell in their hearts. They must not perceive all Muslims as terrorists. Instead, we must pray for France and its people. She will never be the same.

Ayman S. Ibrahim is the Bill and Connie Jenkins Assistant Professor of Islamic Studies and senior fellow of the Jenkins Center for the Christian Understanding of Islam at the Southern Baptist Theological Seminary in Louisville, Ky.

Photo: The Islamic State in Iraq and Syria, a Jihadist militant group, published an annual report of its violent activities, including car bombings, snipings and stabbings during 2013. An infographic outlining these acts appears on the second page of the report.